Both have passed away, both helped bring a new kind of music to America. 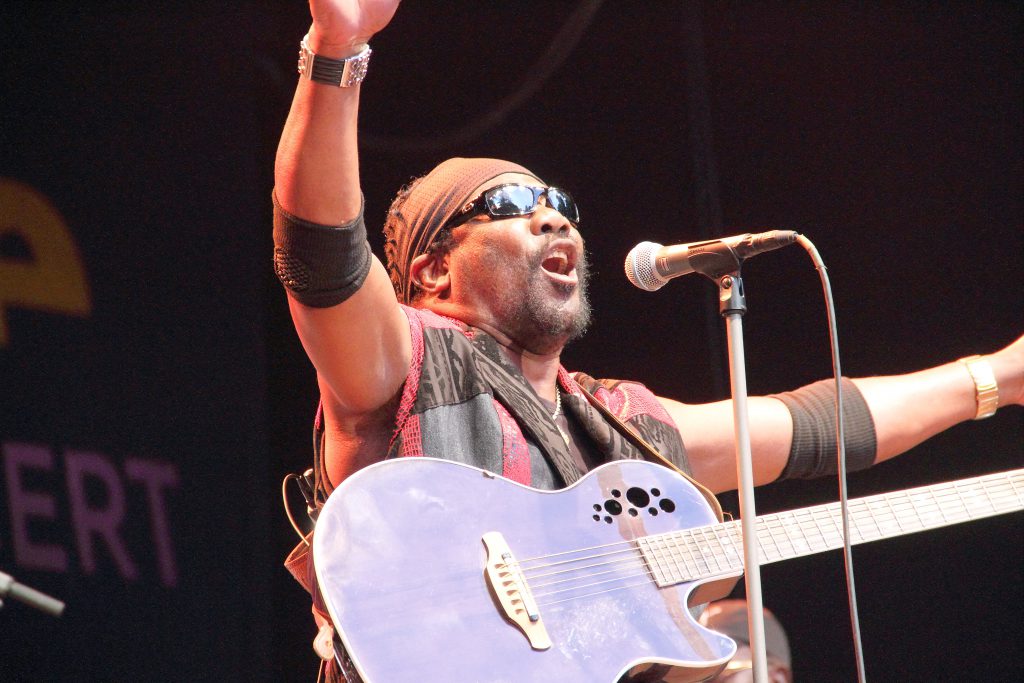 Adding insult to a year already on life-support, two of the heavyweights of reggae music have left us: Toots Hibbert and Johnny Nash. Both had a crucial role in the music that seemed to come out of nowhere and wound up everywhere. Nash gets an asterisk for being American, but the story would be very different without him.

Toots, with his band The Maytals, had a deep connection to soul music. It was more than his voice, though that would have put him at the very top had he come out of Memphis, Detroit or New Orleans. Their songs were fresh, owing to the Jamaican accent and patois, and the upside-down beat. Reggae was a good antidote for the post-Altamont doldrums and progressive rock excess that would later be parodied in the movie Spinal Tap. With sandpaper vocal chords and the ability to stretch out the end of a song with brilliant ad libs, Toots was born to charm. His album Toots in Memphis showed just how close he was in style to the best America had to offer. Singing “I’ve Got Dreams to Remember” from that album, he brought Otis Redding back so vividly it was scary.

Just how important to Reggae was Toots? Start with the name — we’d be calling it something else if it weren’t for “Do The Reggay” which The Maytals recorded in 1968. This sterling example of everything you love about the music both names and defines it. The drum fill at the beginning is trademark reggae. You hear it on endless songs, a sort of fanfare announcing the beginning of the Jamaican dance party — no words needed. The vocal interplay of Toots and the band is loose like The Stones or The Band, raucous like the band in the back room of your favorite bar. Whenever you hear Toots and The Maytals, it’s Saturday night and a heavy weight is being lifted from your soul.

Listen to “True Love Is Hard to Find” with a set of changes Stevie Wonder would approve of and a chorus that hides its time signature like a card shark with a full house. On the surface it’s simple — but we know it’s not easy to make things look like they are. Unlike Bob Marley and other reggae artists, Toots didn’t didn’t write protest songs, he was too busy celebrating. And the celebration is about the strength and beauty of Black culture.

It would be foolish to argue Johnny Nash brought reggae to America. Or would it? “I Can See Clearly Now,” written and produced by him in Jamaica, where the American singer had moved in the 60’s, warmed up the airwaves like spring rolling in from the south. A remarkable song and performance that beamed happiness straight into your soul, with no artificial sweeteners. It landed at the right moment, became a big, joyful hit and made America more open to the strange new sound coming out of Kingston.

The reggae groove pulls the rug out from under traditional rhythm patterns. Instead of a kick drum stressing the first beat in a measure followed by a snare on the second, something that happens in most American music, it places a heavy accent on the third. The bass, which is treated more like a percussion instrument, also avoids the downbeat. The resulting groove is disorienting at first, but soon you’re walking on clouds and craving more. What a street corner preacher I knew called “the flotation spirit.”

Nash followed that smash up with a nice cover of The Wailers’ “Stir It Up.” Then the floodgates opened and America was soon solidly reggaefied. (Paul Simon, with his usual prescience, got there a few months before when he borrowed the rhythm for his ode to Chinese cuisine, “Mother and Child Reunion.”) The Muscle Shoals gang attempted a reggae beat on The Staple Singers “I’ll Take You There,” and in doing so, came up with something that was neither-nor, but also great. Eric Clapton went on to cover Bob Marley’s “I Shot The Sheriff.” Bob Marley started selling a lot of records here, going on to become a worldwide star and the charismatic face of this music.

Reggae did what the blues, jazz and rock’n’roll did earlier by leaving home and conquering the world. Life now is unimaginable without it. It is, what my friend John Parrott calls, “omnivorous,” meaning it gobbles up other kinds of music and makes them better. The Kingston makeover certainly worked on John Denver’s “Country Roads,” whose original version puts my cloy-ometer into the red. But the song sounded magnificent in Toots and The Maytals rendition. Thanks to them, I can look past what Denver hath wrought and admit that he could really write a melody. And bonus points to Toots for changing “West Virginia” to “West Jamaica.”

Giants leave us every day. Many people got joy marveling at the ridiculous virtuosity of Eddie Van Halen. I am saddened by his passing, too. But Eddie was a one-off few would ever attempt to emulate. Let me go even further in my apples to oranges comparison. Reggae is about collective joy — a connection between artist and audience. While many idolize its stars, there isn’t an impossible gulf between the artist and their audience. Reggae is more of a benign conspiracy, a Ponzi scheme that actually makes everyone richer, clearly one of the great innovations of the 20th century.

And now we’re short an innovator and an early adapter. This would be a good place to paint a picture of Reggae Heaven with Toots, Bob and Johnny up there teaching the angels how to get something better out of those harps they hold. No one knows where you go when it’s over, but could it really be better than Jamaica in the years reggae was born? I doubt it.