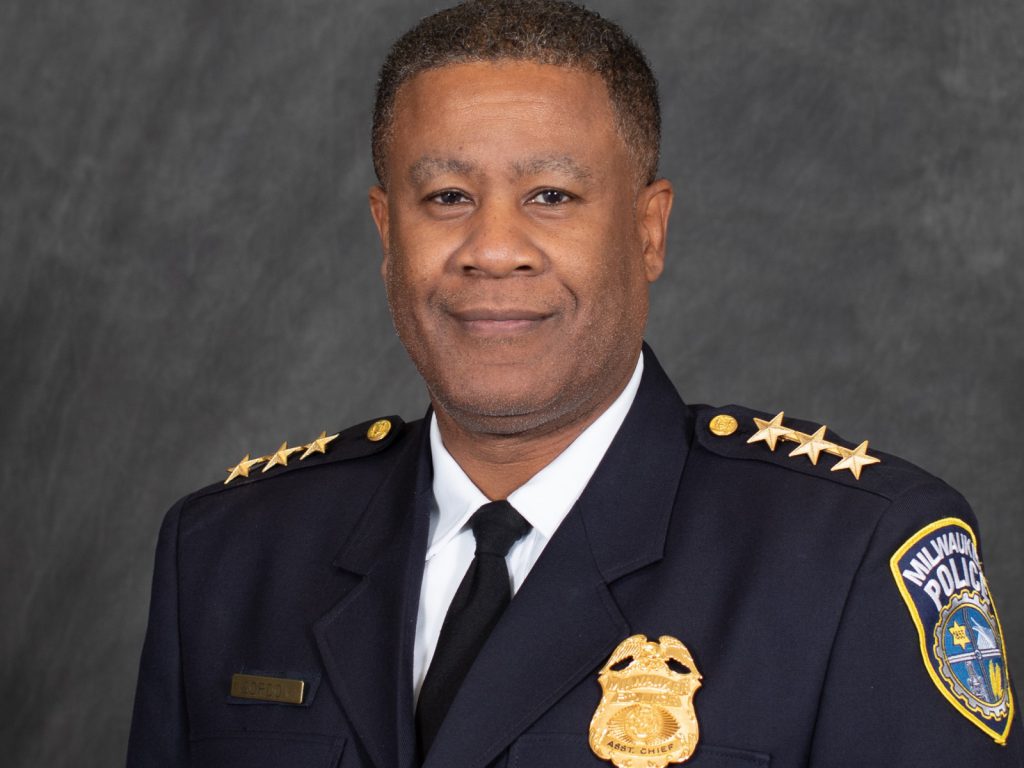 Gordon, who has been with MPD since 1995, was announced as the new chief of the Thornton Police Department. Thornton, CO is a suburb of Denver and has a population of approximately 118,000.

Gordon served as the department’s inspector from 2016 until August when was he promoted to assistant chief following the demotion and retirement of chief Alfonso Morales.

In recent years, he frequently appeared before the Common Council and Fire & Police Commission (FPC) to answer questions about the $3.5 million American Civil Liberties Union settlement which requires a number of ongoing compliance efforts. He also led the police academy and would address questions about police training procedures.

As recently as last week, he appeared before the council answering questions about the department’s budget and viability of transferring sworn officer positions to civil positions. His judgement earned the endorsement of Alderman Nik Kovac during that meeting.

Gordon, according to an MPD biography, was promoted to detective in 2001, lieutenant of detectives in 2007 and captain of office of management, analysis and planning in May 2010. He was then promoted to District 5 captain in September 2011.

A Milwaukee native, he holds a bachelor’s degree in business and public administration and a master’s degree in criminal justice from Boston University.

“Terrence comes to us with a long and stellar record of leadership among the Milwaukee police department as well as the Milwaukee community,” said Thornton City Manager Kevin Woods in a press release. “He has built an impressive resume as a senior community leader and has a unique and deep understanding of community policing.”

His exit from MPD comes as much of the department’s leadership is poised to turn over or already has. Acting chief Michael Brunson is expected to retire when a permanent chief is named. Assistant chief Ray Banks retired earlier this year. Morales was demoted, chose to retire and is now suing the city.

Assistant chief Jeffrey Norman is a finalist for Milwaukee’s chief alongside five candidates from outside the state.  The FPC has not identified other applicants, but prior to the six finalists being announced multiple sources identified Gordon as a strong candidate.