Wisconsin's most populous county long had the worst per-capita outbreak.

COVID-19 testing totals are increasing towards record levels in Wisconsin. But case and hospitalization totals are already there.

The record level of new cases comes as a lagging indicator, the number of people hospitalized, continues to set record highs. That has prompted state officials to open a never-used alternative care facility constructed in the Wisconsin State Fair Park.

The increase in testing hasn’t resulted in the percentage of people testing positive falling. The seven and 14-day positive case rates now stand at 18.79% and 20.11%, the latter of which is an all-time high. The figure measures the percentage of tests that indicate a new case of COVID-19. The 14-day figure hit a low of 2.69% on June 19th.

The Wisconsin Hospital Association reported 907 active hospitalizations on Thursday afternoon, the highest total since the pandemic began. The total is up 34 from Wednesday and 238 from a week ago. The number of people in an intensive care unit with the disease, 228, is also at a record high. An update on active hospitalizations was not available from DHS or WHA by the time of publication on Friday.

DHS reports that 138 people were newly hospitalized in the past 24 hours, bringing the outbreak total to 8,199. The one-day total is the second-highest on record.

A Milwaukee County official said the number of people hospitalized in the county with the disease has doubled in the past three weeks, but area hospitals still have capacity for the time being. But that’s not true for other state hospitals, particularly in the Fox Valley and other northeast Wisconsin counties. Patients are expected to be transported from those areas to the alternative care facility in West Allis.

Get a daily rundown of the top stories on Urban Milwaukee

DHS reported 16 new deaths, bringing the statewide total to 1,440. There have been 548 deaths recorded in Milwaukee County. An average of 8.57 deaths per day have been reported across the state over the past 30 days. A month ago the rolling average was 6.17. 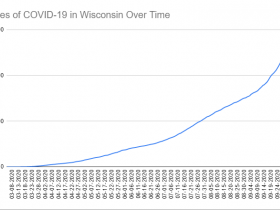 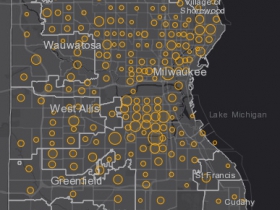 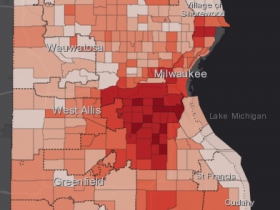 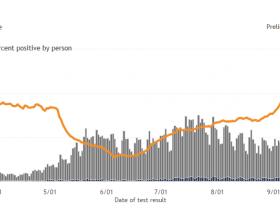 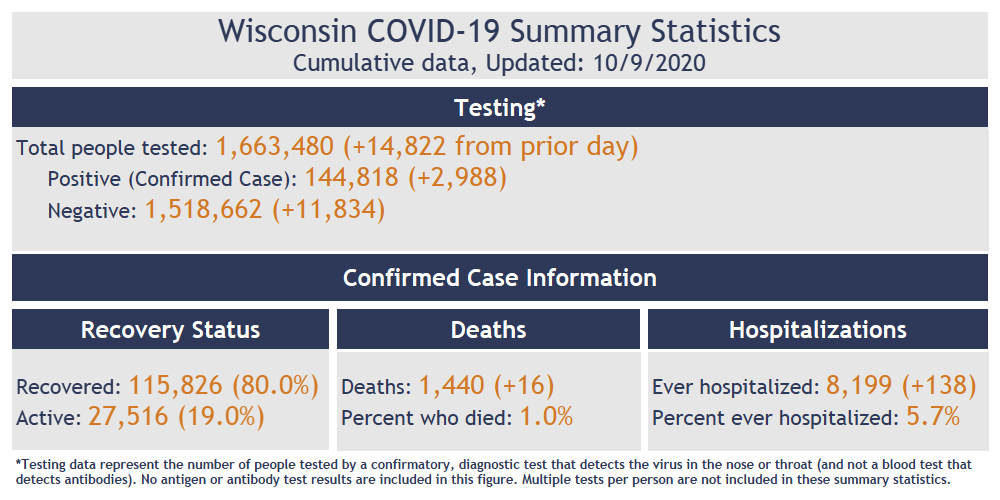 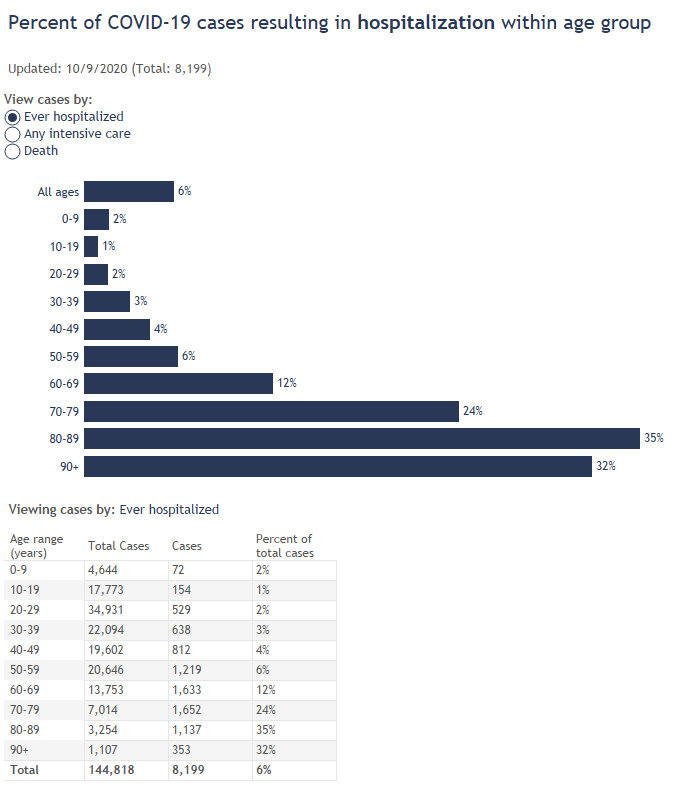