The number of people actively hospitalized sets another record.

The Department of Health Services reported over 3,000 cases in a 24-hour period for the first time.

The record level of new cases comes as a lagging indicator, the number of people hospitalized, continues to set record highs. That has prompted state officials to open a never-used alternative care facility constructed in the Wisconsin State Fair Park.

“To be clear, this is going to get worse before it gets better,” said Department of Health Services Secretary-designee Andrea Palm during a press briefing on Wednesday afternoon.

Thursday’s data bears that out.

Wisconsin recorded 3,132 new cases of COVID-19 in the past 24 hours according to the state Department of Health Services. Thursday’s results come from 16,656 tests. The testing total is the highest since August 6th.

The Wisconsin Hospital Association reported 907 active hospitalizations on Thursday afternoon, the highest total since the pandemic began. The total is up 34 from Wednesday and 238 from a week ago. The number of people in an intensive care unit with the disease, 228, is also at a record high.

DHS reports that 110 people were newly hospitalized in the past 24 hours, bringing the outbreak total to 8,061.

A Milwaukee County official said the number of people hospitalized in the county with the disease has doubled in the past three weeks, but area hospitals still have capacity for the time being. But that’s not true for other state hospitals, particularly in the Fox Valley. Patients are expected to be transported from those areas to the alternative care facility in West Allis.

A total of 16,669 Wisconsin residents have tested positive in the past seven days, while 88,776 tests were processed. The seven-day case high before September, and now October, brought a surge of cases with it was 6,512 for the week of July 26th. A high of 99,920 tests was recorded for the week ending August 6th.

Get a daily rundown of the top stories on Urban Milwaukee

DHS reported nine new deaths, bringing the statewide total to 1,424. There have been 548 deaths recorded in Milwaukee County. An average of 8.53 deaths per day have been reported across the state over the past 30 days. A month ago the rolling average was 5.67.

Winnebago (3,389.6) and Calumet (3,353) counties are the remaining counties leading Milwaukee. 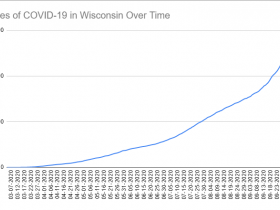 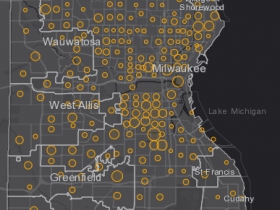 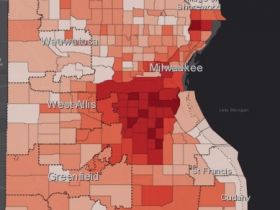 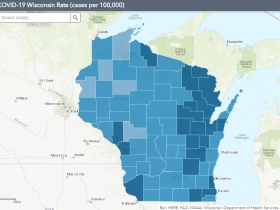 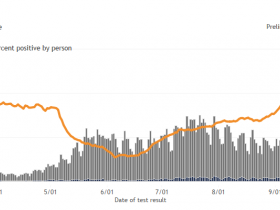 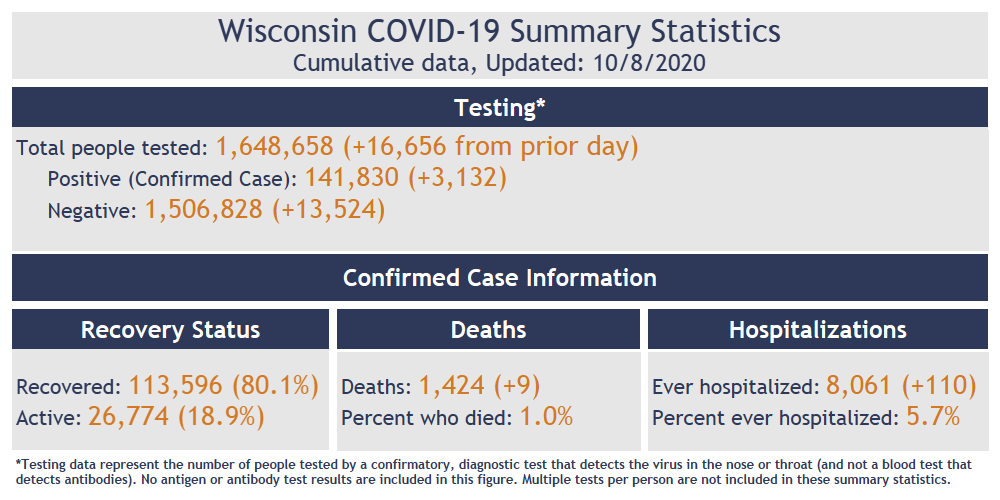 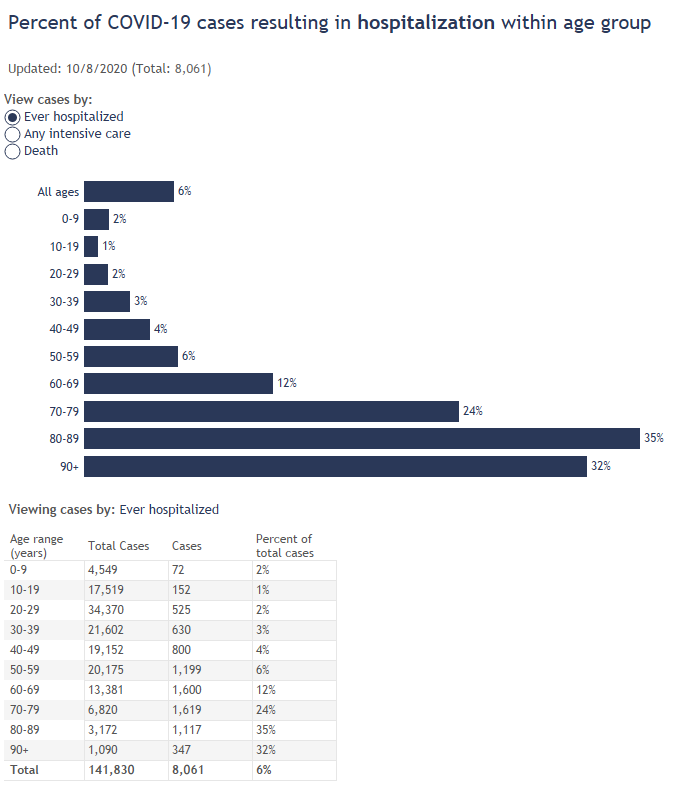