Wisconsin’s surge in COVID-19 cases has pushed the state past another benchmark.

According to the Department of Health Services, 2,075 out of every 100,000 residents have tested positive for the disease. That per-capita figure can be better represented with a different denominator.

One out of every 50 residents has tested positive for COVID-19.

Wisconsin crossed the one in 100 threshold on August 7th, approximately five months after the pandemic took hold in the state. Doubling from that point took less than two months.

The Wisconsin Hospital Association reported a record 646 active COVID-19-positive hospitalizations on Tuesday afternoon. The figure is up six from Monday and 172 from a week ago.

DHS Secretary-designee Andrea Palm said Tuesday during a media briefing that the state is closer to needing its field hospitals, constructed in April for emergency care, than it ever has been.

DHS reports that 67 people were newly hospitalized in the past 24 hours, bringing the outbreak total to 7,209.

The new cases come from 10,764 processed tests. But the number of tests processed in the past seven days fell to 81,067, the lowest total in five days. A high of 99,920 was recorded for the week ending August 6th.

While testing isn’t at a record high, cases are. The seven-day case total climbed to 15,785. The high before September brought a surge of cases with it was 6,512 for the week of July 26th.

The seven- and 14-day positive case rates now stand at 19.47 and 18.15 percent, both of which are all-time highs. The figure is a measure of the percentage of tests that indicate a new case of the disease. The 14-day figure hit a low of 2.69 percent on June 19th.

DHS reported 17 deaths in the past 24 hours, bringing the statewide total at 1,300. It was the highest one day total since May 30th. There have been 529 deaths recorded in Milwaukee County. An average of 5.93 deaths per day have been reported across the state over the past 30 days.

A total of 119,955 residents have tested positive for the disease. 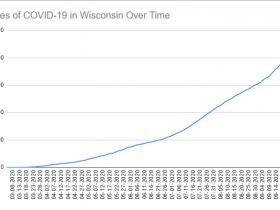 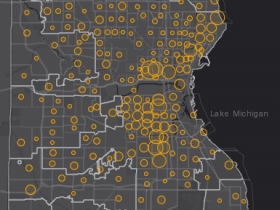 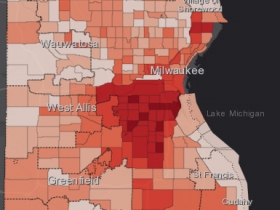 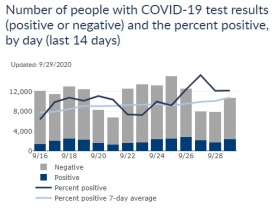 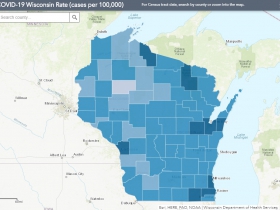 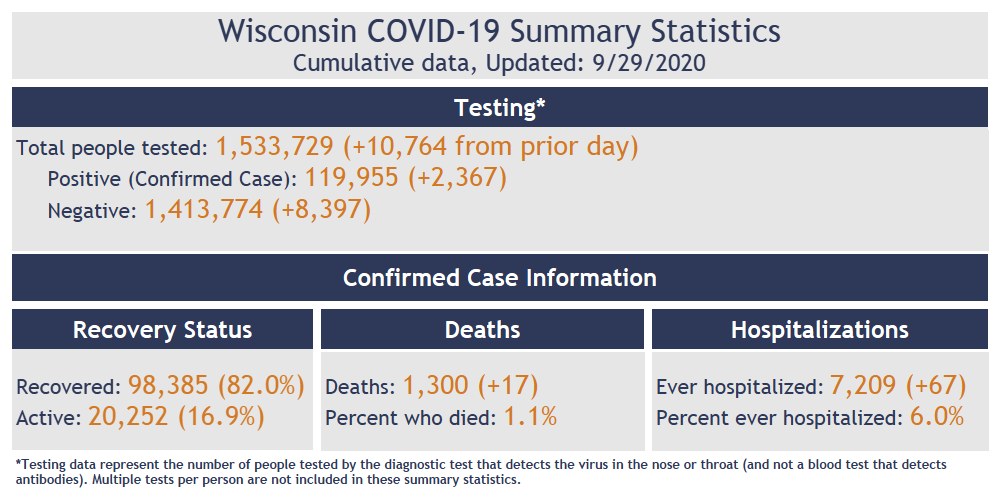 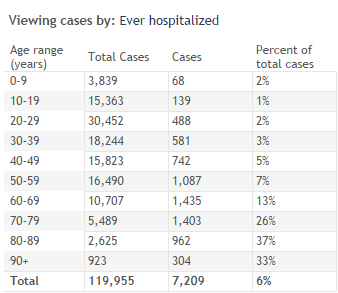