Active hospitalizations, already at an all-time high, keep going up.

Another day, another record high. Things just keep getting worse when it comes to COVID-19 in Wisconsin.

The number of people actively hospitalized with a confirmed case of COVID-19 has climbed steadily in September. As of Wednesday afternoon, it crossed 500 for the first time. On Thursday it went higher.

A total of 528 Wisconsin residents are actively hospitalized with a confirmed case of the disease according to the Wisconsin Hospital Association COVID-19 dashboard. The figure is up 19 from Wednesday and 181 from a week ago. The Department of Health Services reports that 76 people were newly hospitalized in the past 24 hours, bringing the outbreak total to 6,897. It’s the highest one-day total of people newly admitted to a hospital with a confirmed case of the disease.

During a press briefing Thursday afternoon, DHS officials said they didn’t have in-depth data available on hospitalizations and the length of stays. The number of active hospitalizations is at an all-time high even when the average number of people newly admitted isn’t.

But at least one thing on the ground has changed that could be driving the hospitalization surge – an increase in the age of people getting the disease.

On September 15th we reported that every age group was seeing declining case counts except for 18 to 24 year olds. The opposite of that is now true.

The 18-24 age group still has double the case rate of any other age group, but it’s now the only group in the state with a shrinking case rate.

The change comes as DHS reported that 2,392 people tested positive in the past 24 hours. That’s the second-highest total ever reported, following the 2,533 reported last Friday.

The new cases come from 13,279 processed tests. The number of tests processed in the past seven days has climbed to 79,924, the highest total since August 12th. A high of 99,920 was recorded for the week ending August 6th.

And while testing isn’t at an all-time high, cases are. The seven-day case total hit 13,578. The high before September brought a surge of cases with it was 6,512 for the week of July 26th.

The seven- and 14-day positive case rates now stand at 16.99 and 15.73 percent, the former of which is an all-time high. The figure is a measure of the percentage of tests that indicate a new case of the disease. The 14-day figure hit a low of 2.69 percent on June 19th.

Six deaths were reported by DHS, bringing the statewide total to 1,265. There have been 525 deaths recorded in Milwaukee County. An average of 5.7 deaths per day have been reported across the state over the past 30 days.

A total of 108,324 residents have tested positive for the disease. 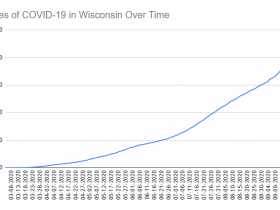 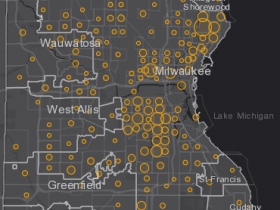 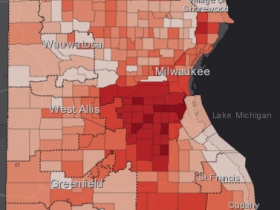 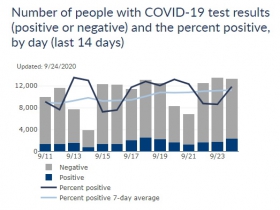 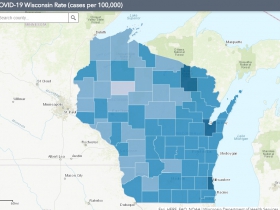 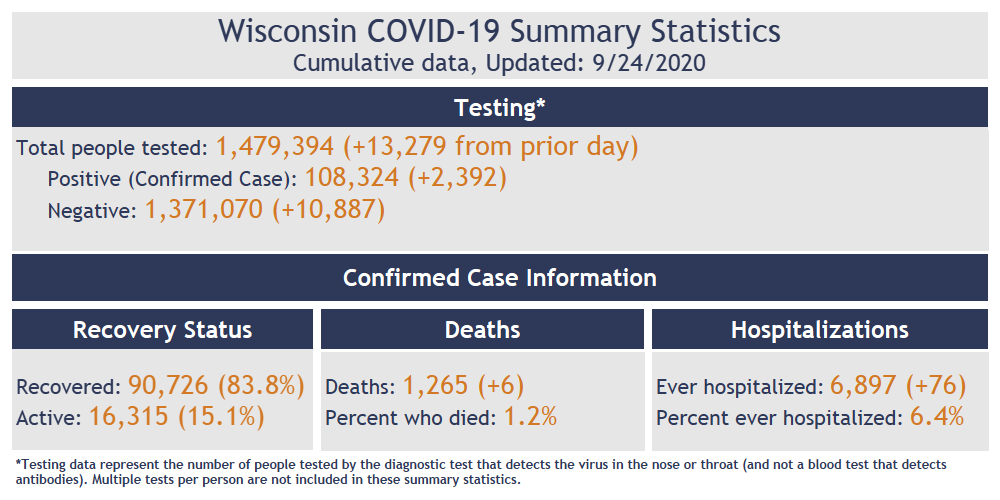 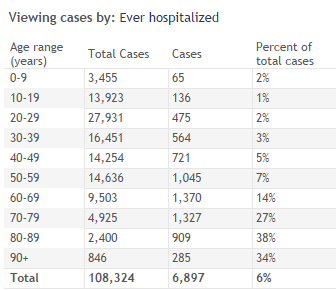