See our photos of a "basic test" of light functionality. 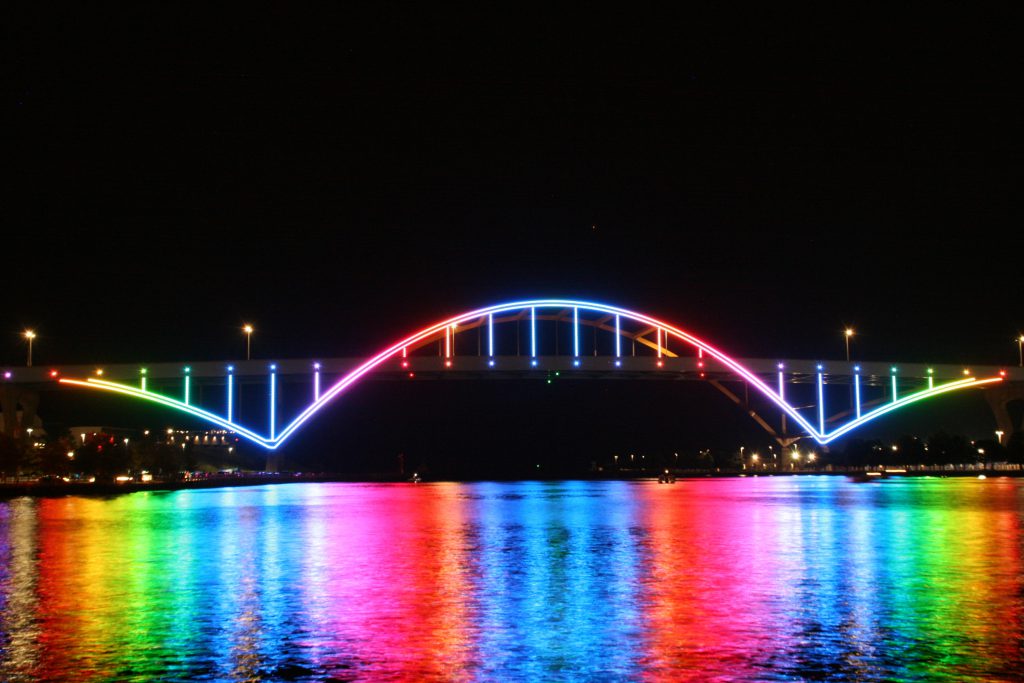 The Light the Hoan effort completed a successful light test Wednesday evening, and the bridge lights are now off until a launch event October 22.

The launch, hosted in partnership with students from the group’s education-focused Code the Hoan program and 88Nine Radio Milwaukee, will showcase the 2,600-light array’s full capabilities, including the ability to sync with music and for students to program the lights.

The lights have been installed on the western side of the Hoan Bridge over Milwaukee’s port. A future installation will cover the bridge’s eastern side.

Ian Abston, who leads the effort with Michael Hostad, said it will take about a month to prepare all the functionality for its first use, necessitating the downtime. Following the launch event, which Abston promised will include fireworks, the lights will be on every night.

Some of the light’s capabilities were on display over the past few weeks. On Wednesday night people with a view of the bridge were treated to intermittent color displays as well as chasing lights and different motion-based displays. Color schemes reflected those of the Milwaukee Brewers and Milwaukee Bucks, for which the lights can be synced with action in each team’s games. The bridge will also be lit different colors in the future to reflect different events and non-profit partners.

Urban Milwaukee got to shadow the organizers as the installation crew from Arkansas-based Koontz Electric showed off the nearly finished system from atop the Interstate 794 roadway on September 15.

What’s visible from the top of the bridge is a substantial amount of heavy-duty wiring, hundreds of magnets and plenty of plastic cable ties. Lights run up the steel cables that connect the blue bridge structure to the yellow arch structure. Twenty-eight electrical cabinets, 14 on each side of the bridge, are connected via a fiber-optic cable loop and installed between the concrete barrier on the roadway and the steel structure of the bridge.

The organization needs to raise an additional $1.1 million to complete the installation of lights on the bridge’s less-seen east side.

Launched in late spring 2018, the group has announced “significant donations” from The Lacey Sadoff Foundation, the We Energies Foundation, the Milwaukee Bucks, the Herzfeld Foundation, MillerCoors and Concurrency. A $1.2 million anonymous donation was announced in November 2019. Over 1,600 contributions have been made through a crowdfunding campaign designed to show community interest. A total of $3.5 million has been raised to date.

Light the Hoan has partnered with lighting provider Philips Signify and area non-profit Islands of Brilliance on the Code the Hoan effort. 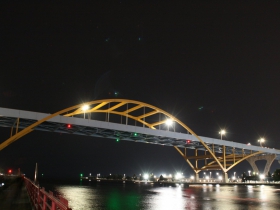 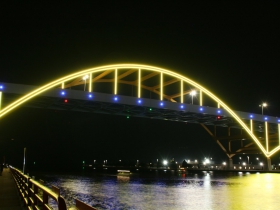 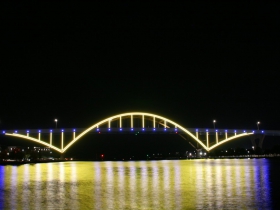 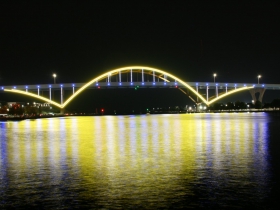 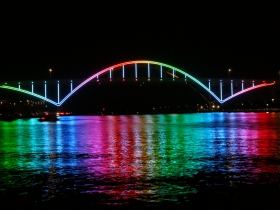 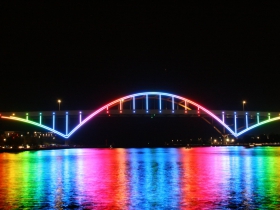