Organizers get their first hands-on tour, some 2,600 lights installed. 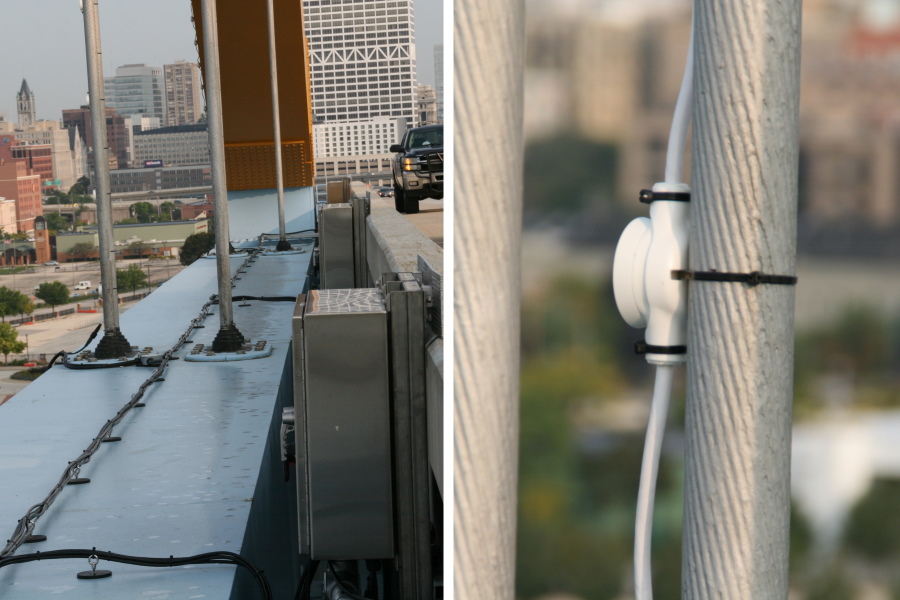 The lead organizers of the Light the Hoan campaign got their first up-close look at the installation of approximately 2,600 lights on the bridge’s western side.

“Look at this,” said Ian Abston, stepping out of his vehicle atop the bridge on Tuesday morning. Abston and Michael Hostad have led a private fundraising effort since 2018 through the Daniel Hoan Foundation. The partners announced they had raised $3.5 million in June, enough to light the west side of the bridge and add the electric infrastructure on the east side.

Urban Milwaukee got to shadow the organizers as the installation crew from Arkansas-based Koontz Electric showed off the nearly finished system.

What’s visible from the top of the bridge is a substantial amount of heavy-duty wiring, hundreds of magnets and plenty of plastic cable ties. Lights run up the steel cables that connect the blue bridge structure to the yellow arch structure. Twenty-eight electrical cabinets, 14 on each side of the bridge, are connected via a fiber-optic cable loop and installed between the concrete barrier on the roadway and the steel structure of the bridge. Many of the lights, which run along the outside of the blue horizontal roadway wall and arch structure, are not visible from the bridge but can be seen from the ground near the bridge. The lighting installation runs from end to end of the yellow-painted support structure.

“This is great,” said Hostad, looking at the lighting infrastructure as vehicles zipped by at over 60 miles-per-hour just 10 feet away in the two open, southbound lanes of Interstate 794. The more technical savvy member of the two-man team, Hostad was quick to ask where the electricity comes from (answer: straight up one of the vertical supports below).

Magnets keep the whole system in place. “They said six-pound magnets would have worked, we put 100-pound magnets on each node,” said crew leader Brad Atkinson. To preserve the state’s warranty on the bridge’s paint, there is no metal on metal contact. The magnets are braced by insulated rubber breakers.

Koontz has had a team in Milwaukee since July 27th and on the bridge since August 3rd. It’s the eighth bridge lighting the company has done, but the first with magnets. Each bridge requires coordination with the entity that owns it, and in this case it’s the Wisconsin Department of Transportation. Clamps and drilling were not permitted. Atkinson said months were spent in preparation.

The lights were turned on for a brief test Monday evening, which Atkinson said resulted in the crew scrambling to adjust the position of certain lights. He said the crew could hear boaters sigh when the surprise light show was turned off to make the adjustments. “That’s our favorite part,” said the lighting veteran. Additional tests will occur in the coming weeks, but are not scheduled.

The project is scheduled to be completed in early October.

The organizers are also advancing their “Code the Hoan” partnership with local schools. The effort will provide real-world STEM (science, technology, engineering, mathematics) education opportunities to area students via a partnership that will teach programming and afford the ability to control the lights on the bridge. Light the Hoan has partnered with lighting provider Philips Signify and area non-profit Islands of Brilliance on the effort.

Hostad said one change to the lighting design, replacing horizontal lighting braids with outward-facing nodes on the horizontal blue span, will improve the experience for students. The braids would have projected light onto the blue structure, requiring extra work to always balance the blending of the color of the light with the bridge itself. The new setup will project light outward, yielding a more accessible setup to students and a more aesthetically pleasing color palette.

The organization is also launching the “Shine a Light” campaign where one night per month the bridge will be lit in the colors of an area non-profit including ACTS Housing, Black Box Fund, Boys & Girls Club, Imagine MKE, Urban Underground, United Community Center and We Got This. Groups can apply to be part of the program on the Light the Hoan website.

The organization needs to raise an additional $1.1 million to complete the installation of lights on the bridge’s less seen east side.

Launched in late spring 2018, the group has announced “significant donations” from The Lacey Sadoff Foundation, the We Energies Foundation, the Milwaukee Bucks, the Herzfeld Foundation, MillerCoors and Concurrency. A $1.2 million anonymous donation was announced in November 2019. Over 1,600 contributions have been made through a crowdfunding campaign designed to show community interest. 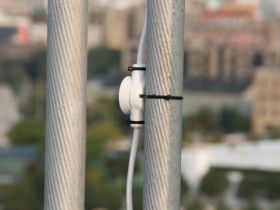 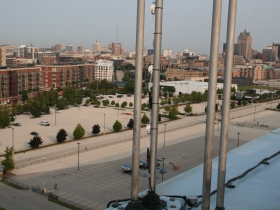 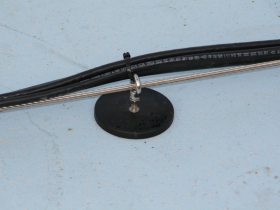 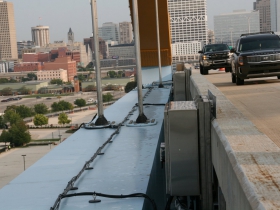 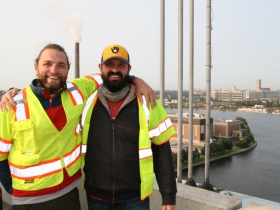 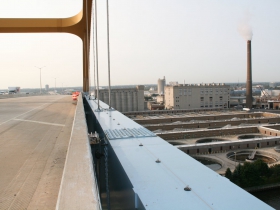 One thought on “Eyes on Milwaukee: See The Hoan Bridge Lights Installation”