The latest move in a downtown office space shuffle. 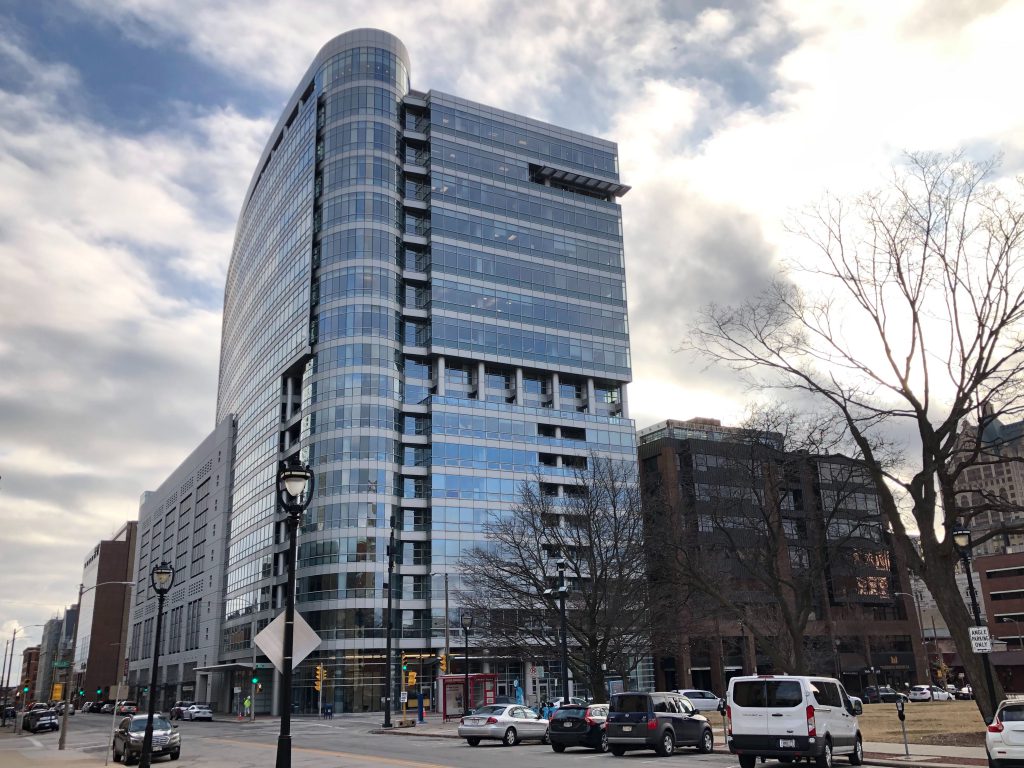 The financial firm also plans to open a bank branch on the first floor of the mixed-use building. Johnson will lease 45,000 square feet in total under a 10-year lease.

“We’re excited to be making a significant, long term investment in what will become our flagship location in the heart of downtown Milwaukee,” said CEO Jim Popp in a statement. “This move allows us to consolidate a few locations, while also creating a modern, progressive and collaborative space for our associates and clients.”

The lease covers floors 18 and 19 in the office building, which were made available when the law firm Husch Blackwell relocated to the newly-constructed Huron Building. Cathedral Place was constructed in 2003. Much of the building is owned by Van Buren Management, while residential condominiums are included in the lower floors overlooking Cathedral Square Park.

The moves, first by Husch Blackwell and then by Johnson, are examples of the game of office space musical chairs that occurs over a series of years when a new building is built in the downtown market. One firm moves to an entirely new space, another moves into the old space, often refreshing it, and now a third space will be vacated for future use.

Johnson has owned and occupied the 17,000-square-foot, Italianate-style building at 329-331 E. Wisconsin Ave. since 2000. Built in 1867 as the larger Follansbee Block building, Johnson’s Cream City brick-clad portion was eventually separated. The portion to the west was redeveloped into the Milwaukee Marriott Downtown a decade ago.

A company spokesperson said there are no definitive plans for the building’s future, which occupies the corner of E. Wisconsin Ave. and N. Milwaukee St.

The financial services firm will also vacate space it leases in the 100 East building. The company acquired the lease as part of its acquisition of Cleary Gull Advisors in 2016. 100 East, built in the late 1980s, recently lost its anchor tenant, law firm Michael Best and Friedrich, to the newly constructed BMO Tower.

CBRE, including Bill Bonifas, Matt Cariello, Kenzie Kiefer and Andy Stefanich, supported Johnson with the lease. The financial company will maintain its headquarters in Racine.

The news of firms shuffling buildings isn’t bad news for the city. It could clear the way for new firms to move in. As urban theorist Jane Jacobs, whose idea of “eyes on the street” inspired the name of this column, wrote in her seminal book The Death and Life of Great American City: “Old ideas can sometimes use new buildings. New ideas must use old buildings.”