RIP RBG. This Is Why We Fight

Ginsburg was a bulwark against a reactionary tide. We must fight for her legacy. 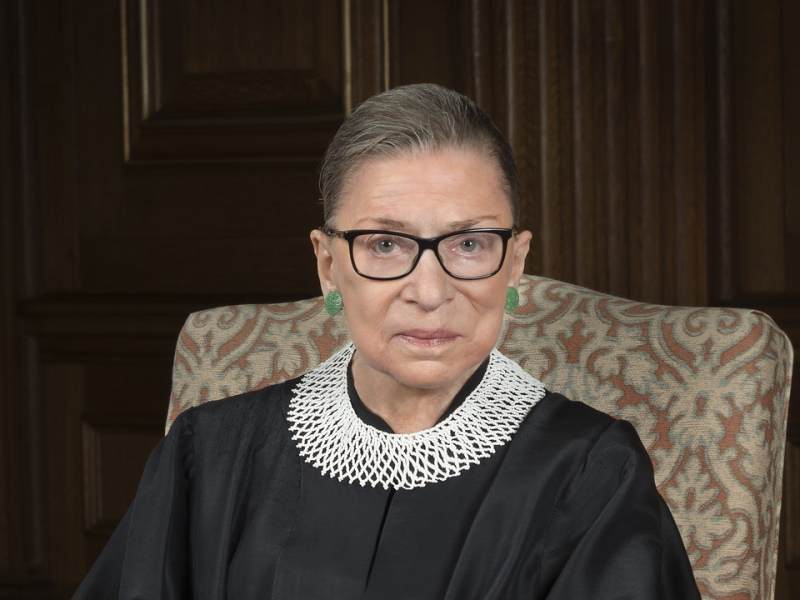 Ruth Bader Ginsburg, best known as a steely champion of women’s equality, gave voice to the voiceless. And as a legendary Supreme Court justice, she was committed to ensuring their rightful place in America until the day she died.

We have lost so much as a country during these last four years of Donald Trump’s presidency, marked by immigrant kids in cages at the border, people suffering in poverty, attacks on voting rights, brazen government corruption, impeachment-worthy foreign policy, waves of police attacks against Black Lives Matter protesters, a rise in white nationalist violence, an assault on LGBTQ rights, especially for trans people, and more — culminating with a plague that’s killed 200,000 people and bludgeoned the economy.

Ginsburg tried mightily to be a bulwark against this rising reactionary tide. “Fight for the things that you care about, but do it in a way that will lead others to join you,” she exhorted.

No one person can do it alone.

With her death Friday at age 87, it’s so easy to succumb to fatalism, since Trump will almost certainly get to replace her (especially if you made the mistake of spending last night on Twitter, as I did).

If you’re a masochist, social media is a great place to see Republicans’ full inhumanity on display in real time, from U.S. Sen. Joni Ernst (R-Iowa) fundraising off of Ginsburg’s death minutes after it happened to U.S. Rep. Doug Collins (R-Ga.) declaring, “RIP to the more than 30 million innocent babies that have been murdered during the decades that Ruth Bader Ginsburg defended pro-abortion laws.” That’s nothing compared to the cackling from right-wing media figures, of course.

And there was the predictable chorus of Republicans victoriously firing off statements that Trump must absolutely fill Ginsburg’s slot less than two months before the election. Senate Majority Leader Mitch McConnell (R-Ky.) waited one hour before giddily announcing that he would definitely try and ram a nominee through this term, even though RBG quite pointedly declared as she was dying, “My most fervent wish is that I will not be replaced until a new president is installed.”

Talk about spitting on someone’s grave before they’re even buried.

I didn’t mind watching beltway journalists whip up their hypocrisy takes, as so many swallowed the GOP’s solemnly delivered bunk on why they had a moral obligation to tank President Obama’s 2016 pick of Merrick Garland.

But several of those same folks — who, as always, skew well-off, white, male and straight — naturally had hot takes aplenty that this spells doom for Democrats in November. And some decided it was their place to lecture those of us with everything to lose on the correct way to mourn (we’re supposed to wait to talk about political implications) and the proper place to donate (cancer charities, not ActBlue).

Some people feel that the world is entitled to their opinion at all times, on all matters. It never seems to occur to them that they can sit this one out.

At times like these, I’m reminded of how hard I had to fight years ago to convince a slew of editors that I could write a political column. I was repeatedly asked what a twentysomething woman really had to say about the state of the world and why anyone would care. And you know what? I did have a lot to learn, but I did so in writing a lot of columns I cringe at today. And now you can’t click on a news site without reading takes by pampered millennial dudes — and I doubt they were subjected to the same condescending grilling by their bosses.

So mourn however you want.

For many of us, Ginsburg’s death is personal because our basic rights are on the line. And that’s something she was fully aware of. Ginsburg embraced her liberal icon status as “Notorious RBG,” sharing her intense workout routine even after bouts of cancer. She wanted to be an inspiration in these dark times because people need hope.

I was in high school when President Clinton appointed her to the bench and I recall reading how she struggled to find a job after graduating first in her class at Columbia Law in 1959. It was the 90s, and while many young women assumed the days of blatant discrimination and inequality were over, I was always a cynic.

Today, as you peruse photos of Trump’s blindingly white male-dominated administration, from the cabinet down to interns, it’s easy to wonder how different those pictures look from those taken in 1959.

Ginsburg died on Rosh Hashanah, the Jewish New Year, two days after my daughter’s 18th birthday. (My kid happened to be born on Yom Kippur, the Day of Atonement, which is a pretty weighty start to life). As a Jewish LQBTQ woman, believe me, she instantly understood the significance of RBG’s death.

Like millions of people in America, she’s left with the terrible question, “What’s going to happen to people like me?”

It is always a fight; there is always a violent backlash. The Trump era is a testament to how hard bigots and plutocrats (who are often one and the same) will battle against democratic and egalitarian ideals.

Ginsburg dedicated her life to the fight. Her arena was the courtroom. But there are many others, from the streets to the ballot box.

It’s time to fight back in every way we can. We can’t afford to give in to despair. RBG would want nothing less.