The Curious History of Wedgewood Drive

Why a street evoking English china? Why were sidewalks behind the houses? 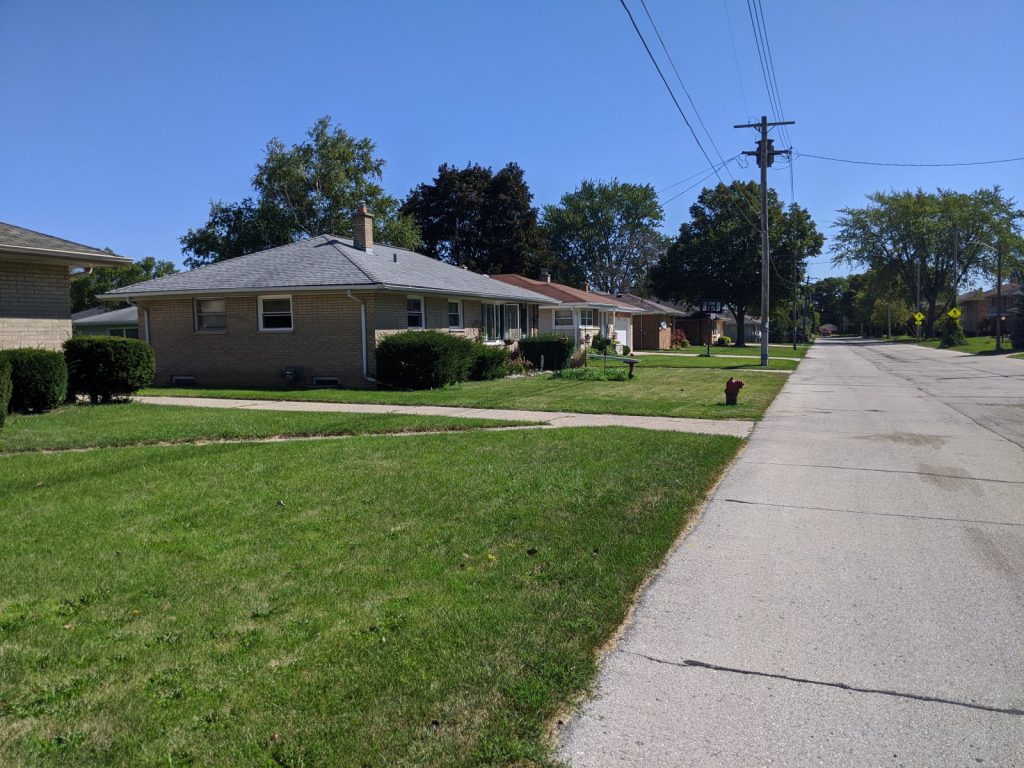 Milwaukee’s Wedgewood Drive and the Wedgewood Park Subdivision were given their names because developer Sid Dwyer lived on Wedgewood Circle in Elm Grove, which had named streets with a British theme. The Milwaukee subdivision with this name, bordered by W. Morgan and W. Howard avenues and by S. 68th and S. 76th streets, was planned in 1953 on the former farm of Oswald and Clara Gugler, which had been recently annexed by Milwaukee.

Oswald B. Gugler was the grandson of the founder of Gugler Lithographic, which dated to 1857. After Oswald died in 1949, his widow, Clara, decided to develop the 160 acres where horses and cows roamed on her husband’s hobby farm. She initially worked with two real estate men and house builders, Dwyer and Harris K. Evans.

The two planned a subdivision unique for Milwaukee. The new tract followed the Radburn Plan, advanced in Radburn, New Jersey, in the 1920s. The development included curving streets instead of a grid pattern and eliminated sidewalks along the streets. Instead, sidewalks were placed behind the houses where alleys would normally be.

The sidewalk and street arrangements were well-received, but the requirement that living rooms face the rear and kitchens face the front were not. But Evans and Dwyer only developed a small part of Wedgewood Park. Developer and builder Warren B. O’Connor and his associates developed large sections of the subdivision and they did not have the same requirements. Their homes could have the normal layout.

The O’Connor group offered some novel incentives to build in their development. Buyers were given uranium mineral rights to 40-acres of land in New Mexico. There was no guarantee that the valuable element would be found on the property, but there had been a discovery 30 miles away.

Another, stronger, incentive was a reduction of the cost of the homes that carried $12,000 to $18,000 price tags. The buyer could supply labor for constructing the house and receive a credit of up to about ten percent of the total cost, which would be taken off the down payment. Homeowners could hang drywall, putty nail holes, install insulation, tile floors and bathrooms, and even do the masonry work on the building’s exterior. The plan was eagerly received by do-it-yourselfers.

Get a daily rundown of the top stories on Urban Milwaukee
The two main streets, Wedgewood Drive and Massachusetts Avenue, run through the entire subdivision. They have sidewalks, curbs, and gutters for the most part. The rest of the streets, called feeder streets, are alley-like. They have no curbs, gutters, or sidewalks and are sloped downward toward the center to drain to sewers in the middle. A common area, called Wedgewood Park, is near the center of the neighborhood. It is a Milwaukee County park and includes a play set, a wading pool, and other amenities as well as plenty of room for sports, games and family and neighborhood get-togethers.

Several new street names show up on city maps thanks to the subdivision. Besides Wedgewood Drive, a street was named for Duluth, Minnesota, at a time when Milwaukee was naming new streets for United States cities. Sunset Drive was added, as were three streets named for states. The source for New Jersey Avenue was likely Radburn, New Jersey, where the plan for the subdivision originated. The other two were Georgia Avenue and Massachusetts Avenue, although the latter was an odd choice since one requirement for naming a street is that it be easy to spell.

A Massachusetts Avenue duplex townhouse was the center of controversy in 1973. Developer O’Connor lived in the subdivision, which was rather unusual for a real estate man. In fact, he lived in at least four different homes in Wedgewood Park over the course of twenty years.

O’Connor lived in one half of the townhouse and Elaine Thelan lived in the other half. They shared the structure uneventfully for two years but then Thelan, a white woman, married a Black man in August 1973 and the man moved into his bride’s home. He was Jay Anderson, a columnist and copy editor for the Milwaukee Journal. O’Connor did not approve. Two days later he tried to evict them, but they went to court to avoid being thrown out of their home.

O’Connor claimed that he was grieving for his son who had died the previous May and that he needed solitude. The court commissioner said that was hard to believe and seemed self-serving. The commissioner asked if there was another house in the subdivision that the Andersons could live in. O’Connor responded that “he would not have them hopscotching all over the neighborhood,” a strange comment coming from a man who lived in at least four different homes there. O’Connor denied racial discrimination and said he would take the issue to the Supreme Court.

O’Connor soon moved out of the neighborhood to a home on Terrace Avenue and then tried other tactics. He sent the couple harassing letters and raised the Andersons’ rent twice during the following 11 months. They finally gave up and moved but refused to pay the last month’s rent. When O’Connor sued for payment, the judge dismissed the suit, saying that O’Connor had violated the open housing law and awarded the couple $300 for moving expenses.

A short time later, O’Connor moved again, this time to a mansion at 3319 N. Lake Dr. where he sponsored many fund raisers for the Republican Party. He died of cancer in 1987 at age 60.

Wedgewood Circle in Elm Grove is in an area of the village where street names follow a British theme, with names like Berkshire and Westmoor. The name Wedgewood comes from a firm that has produced Wedgwood fine china in England since 1759, and is correctly spelled without the second ‘e.’ 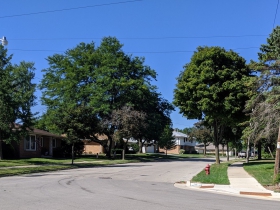 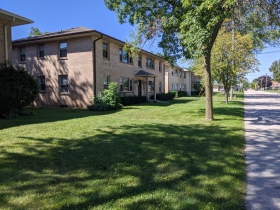 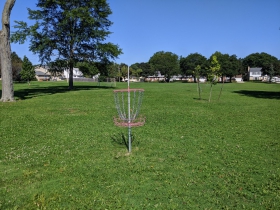 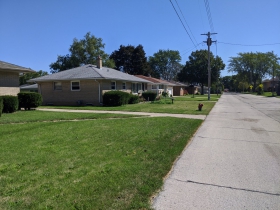 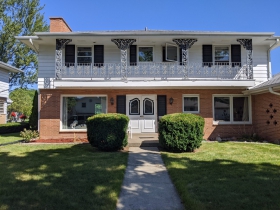 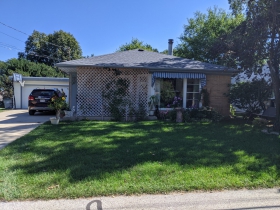 One thought on “City Streets: The Curious History of Wedgewood Drive”