It’s the third time in the past 10 days the state has set a new high. The state is also in its first-ever four-day stretch with over 1,000 new cases each day. More than 1,350 new cases have been recorded each day since September 10th.

The seven-day total of new cases stands at 7,992, the highest it has ever been. It comes as state testing capacity has grown by almost a third to 38,530 tests per day. But the number of tests is below where it was 10 days ago, and stands at 57,556 over the past seven days. That’s down from a seven-day high of 99,920 processed tests the week ending August 6th.

The testing figures commonly reported by DHS filter out individuals being tested for a second time. Including those repeat tests shows testing is still down from weeks ago, but has rebounded in the past week as the University of Wisconsin and other colleges ramp up testing programs.

The percentage of tests confirming a new case of the disease continues to climb. Sunday’s data release included 7,735 processed tests, yielding a one-day positive case rate of 20.45 percent, the highest on record.

The seven- and 14-day positive case rates now stand at 14.13 and 12.04 percent, both of which are all-time highs. The figure is a measure of the percentage of tests that indicate a new case of the disease. The 14-day figure hit a low of 2.69 percent on June 19th.

Officials have looked for the positive case rate to trend downward to indicate a slowing spread of disease and sufficient testing. Multiple public health benchmarks call for the positive case figure to be sustained under five percent. During an appearance before the Milwaukee Press Club Wednesday Governor Tony Evers called the five percent figure a “golden target” and encouraged more people to get tested.

A total of 319 Wisconsin residents were actively hospitalized with a confirmed case of the disease according to the Wisconsin Hospital Association COVID-19 dashboard on Saturday afternoon. The figure is down seven from yesterday and up 46 from a week ago. Sunday data was not yet available by the time of publication.

DHS reports that 23 people were newly hospitalized in the past 24 hours, bringing the outbreak total to 6,332.

One death was reported by DHS, bringing the statewide total to 1,210. There have been 513 deaths recorded in Milwaukee County. An average of 6.37 deaths per day have been reported across the state over the past 30 days.

The statewide average of cases per 100,000 residents rose to 1,515.3. Wisconsin has recorded a per-capita rate of 191.6 per 100,000 in the past two weeks according to the DHS activity level report released Wednesday.

A total of 89,185 residents have tested positive for the disease. 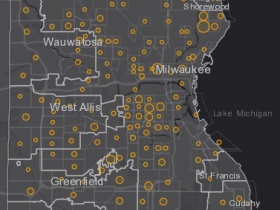 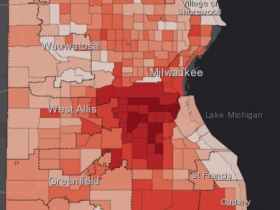 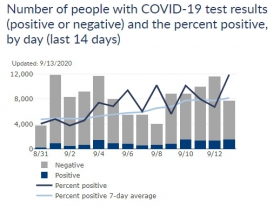 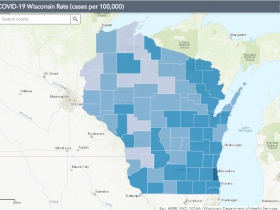 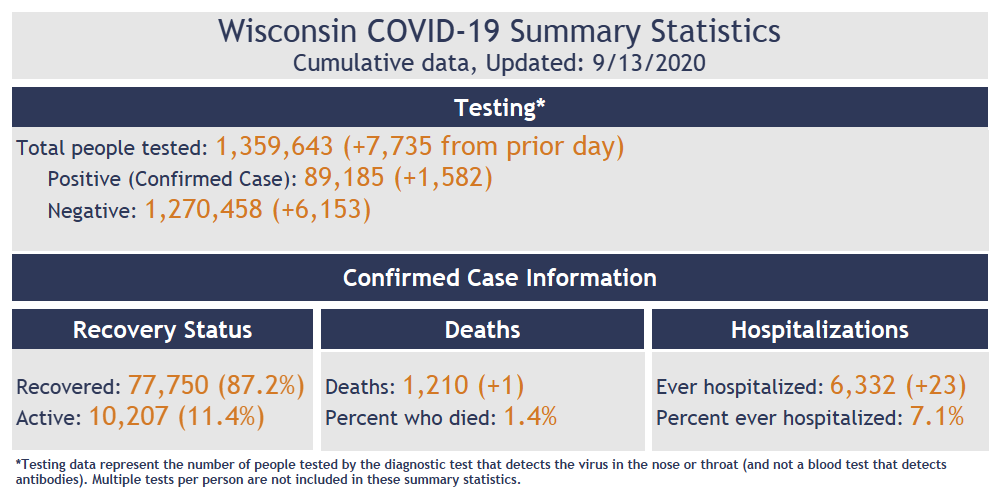 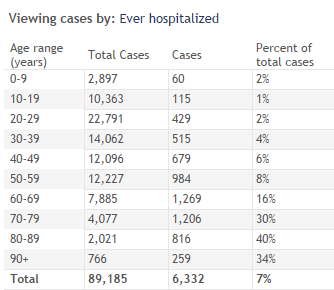