By Gretchen Schuldt, Wisconsin Justice Initiative - Sep 8th, 2020 01:59 pm
Get a daily rundown of the top stories on Urban Milwaukee 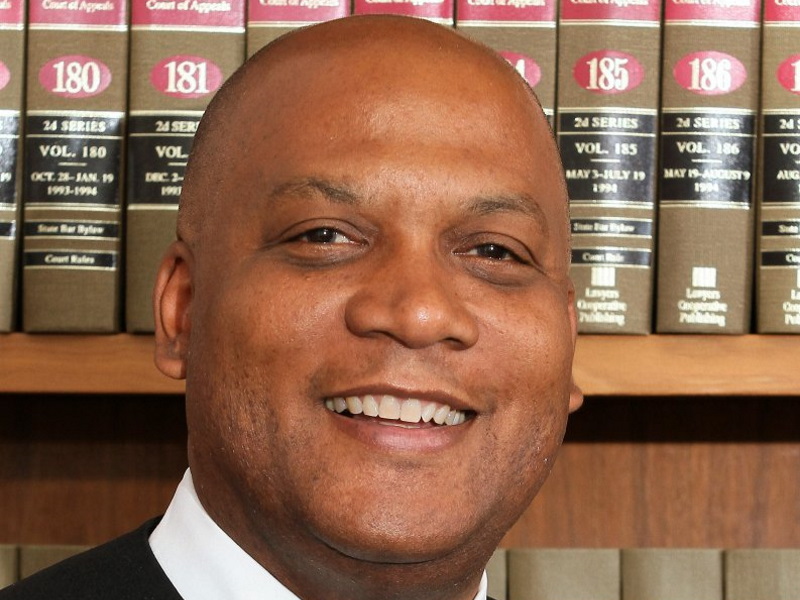 It was not improper for a judge to comment during a sentencing hearing on the changes he saw in people when they possess guns, the State Court of Appeals has ruled.

M. Joseph Donald now is a judge on the State Court of Appeals.

Dodson argued that Donald believed him to be “a threat to society and had a ‘distorted view of the world’ because he was a lawful gun owner.”

“When viewed in context…the trial court’s comments about Dodson’s unlawful use of his firearm were not improper,” the judges said. “The trial court never stated, explicitly or implicitly, that it was basing its sentence on the fact that Dodson chose to exercise his right, as the holder of a concealed carry permit, to carry a concealed weapon.”

Dodson did not have a criminal record before he shot Deshun T. Freeman to death after being rear-ended in his car on March 25,  2016.

After the he was rear-ended, Dodson saw the other car involved, a Buick, back up. Dodson drew a semi-automatic handgun from its holster and the Buick left the scene. Dodson drove after it so he could, he said, get a license plate number.

As he drove, he switched out the gun’s 10-round magazine for an extended  17-rounder, according to the decision.

Dodson eventually saw a car he thought was the one that hit him. Both cars parked on the side of the street. Dodson said a man got out of the Buick and ran toward him. Dodson later said he thought the man was pulling something out of his pockets or from under his shirt. Dodson, now standing outside his car, shot him – evidence indicated Dodson fired six times – then drove to his girlfriend’s house, according to the decision. They talked, and Dodson drove to his father’s house, calling 911 on the way.

Police were unable to confirm that the car driven by Freeman was involved in the accident.

“In reviewing this case, I have to say I am completely baffled as to why this happened,” Donald said during the sentencing hearing. “And I don’t think that there is any rational way of trying to explain it. I can tell you this, Mr. Dodson, that in my experience as a judge, I have seen over time how individuals when they are possessing a firearm, how that in some way changes them.”

He continued: “It changes how they view the world. It changes how they react and respond to people. I know that this is only speculation on my part, but I do strongly feel that the day that you applied for that concealed carry permit and went out and purchased that firearm, and that extended magazine, (whatever) your rational beliefs for possessing it, whether you felt the need to somehow arm yourself and protect yourself from essentially the crime that is going on in this community, I think on that day set in motion this circumstance.”

Later, Donald added it was “clear to me that you were operating under some misguided belief, some distorted view of the world that somehow Deshun Freeman was a threat to you when in reality it was nothing further from the truth.”

Dodson contended Donald blamed him “not merely for the homicide, but for what the court viewed as putting himself on a path toward violence by lawfully obtaining a gun and a license to carry it. This assumption violated Mr. Dodson’s Second Amendment right to possess the firearm.”