The lease for the chain's Water Street location is up in January. 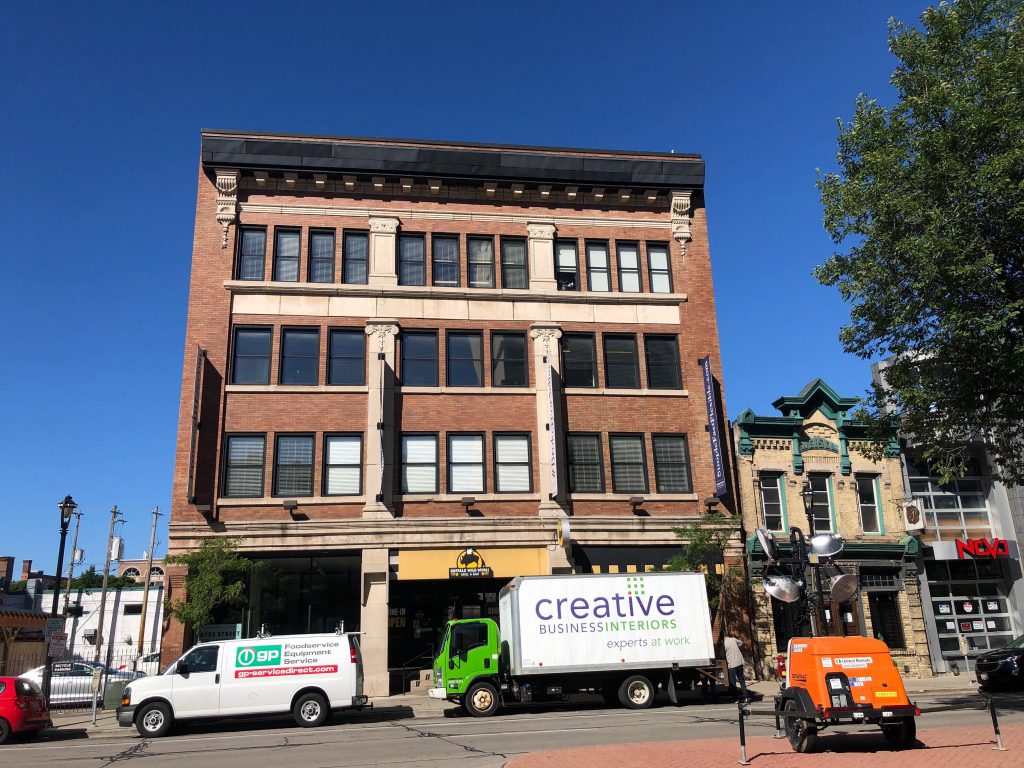 It’s looking like yet another business located in the heart of the Water Street entertainment district could close its doors for good by the end of this year. Buffalo Wild Wings at 1123 N. Water St. has not renewed its lease with Colliers International, the real estate company that owns the property, and will likely close or move operations to another location by the end of the year. A lease listing shows that the space will be available for rent by January 1, 2021.

An employee of Buffalo Wild Wings who chose to remain anonymous told Urban Milwaukee that they were made aware of the lease situation months ago, but haven’t been notified of a decision yet. They mentioned that there were talks of moving the business to a different location. Cory Sovine, who serves as the property’s leasing agent, declined to comment.

The four-story building that houses the 5,522 square-foot restaurant was built in 1909 and has a desirable proximity to Deer District, the MSOE campus and much of East Town. The restaurant space occupies the first floor of the building and includes basement storage and a 498-square-foot outdoor patio. The lease is a triple-net agreement — which covers insurance, taxes and maintenance — with a rate of $22 per square foot.

If it closes, Buffalo Wild Wings will add to a trend of businesses in the Water Street entertainment district that have closed this year. Pizano’s Pizza & Pasta (1154 N. Water St.) closed in July and Bar Louie (1114 N. Water St.) shut down its operations in January.

There doesn’t appear to be a chain-wide trend in Buffalo Wild Wings locations closing, even though the company appeared to be struggling before announcing it was restructuring its business model in 2017. In August, Buffalo Wild Wings struck a deal with Riot Games’ League of Legends Championship Series — an esports competition. The agreement, which marks the first ever streaming deal between an esports organization and a restaurant chain, will allow Buffalo Wild Wings to use trademarks for the LCS in on-premise and digital marketing as well as the chance to offer unique League of Legend- themed menu items. In 2018, Buffalo Wild Wings was purchased by the owners of Arby’s, with a new company called Inspire Brands formed to oversee both chains.