The latest data release from the Wisconsin Department of Health Services shows that 56,223 people have had a processed tested in the past seven days, down from 57,836 yesterday and a high of 99,920 on August 6th.

“I think it’s very safe to say that we’re not doing enough tests, we can do more tests,” said Dr. Ryan Westergaard, chief medical officer at the DHS Bureau of Communicable Diseases, during a press briefing Thursday afternoon. “The standard we should strive for is that 100 percent of people with symptoms on that list, that indicate they might have COVID-19, should be getting tested. In addition to that, everyone who has been in close contact with someone who tested positive, who is known to have COVID-19, should also be tested.”

“That second part is very important when you think about what we have learned about this virus. The most recent estimate is that 40 percent of cases of COVID-19 have no symptoms and that 50 percent of cases are the result of transmission from those asymptomatic people,” said Westergaard. He said the state has the testing capacity to test according to those standards.

Testing totals are likely to sag further next week with the Labor Day holiday. The two community testing sites in Milwaukee will temporarily close on Monday, as will others across the state. And labs, as they have on past holidays, are also likely to post fewer test results.

“I think we have seen nationally, not just here in Wisconsin, a reduction in the demand for testing in the past several weeks,” said DHS Secretary-designee Andrea Palm.

The decline has also been seen in Milwaukee. “Unfortunately our testing numbers continue to decline each week, I want to stress that we don’t like to see that. Please get tested,” said Mayor Tom Barrett in a Milwaukee County press briefing.

Governor Tony Evers and Palm asked that people limit gatherings over the holiday weekend to slow the spread of the disease.

Before the weekend DHS will update its website in an effort to help people better understand what populations are being affected by the disease.

Palm said the state will release a new visualization tool on the DHS website Friday that will break down cases by age. “While this data is already published on our website, it’s this new visualization that will make it easier for you to monitor trends and cases across age groups here in Wisconsin,” said Palm during a media briefing.

The seven- and 14-day positive case rates, a measure of the percentage of tests confirming a new case of the disease, stand at 8.39 and 8.27 percent. Both are up from a week ago. Officials have looked for them to trend downward and multiple public health benchmarks call for them to be sustained under five percent.

“I think we certainly want to see a percent positive rate below five percent, and the closer to zero the better,” said Palm on Thursday. Westergaard stressed that the metric is important, but individuals should be looking at multiple indicators to gauge the state’s fight against the disease.

Milwaukee’s positive case rate long exceeded the state, but for multiple weeks has now trailed it. “The good news is our positivity rate remains relatively constant,” said Barrett, remarking on the decline in testing. “It’s been under six percent for the past three weeks.” Milwaukee County’s two-week cases per 100,000 residents rate stands at 180, the lowest point it has been since DHS began producing a weekly activity level report and 10 above the state average.

A total of 293 Wisconsin residents are currently hospitalized with a confirmed case of the disease according to the Wisconsin Hospital Association COVID-19 dashboard. The figure is up six from yesterday and two from a week ago. DHS reports that 30 people were newly hospitalized in the past 24 hours, bringing the outbreak total to 5,946.

Four deaths were reported by DHS, bringing the statewide total to 1,146, 494 of which have been in Milwaukee County. An average of 6.17 deaths per day have been reported over the past 30 days.

A total of 77,856 residents have tested positive for the disease. 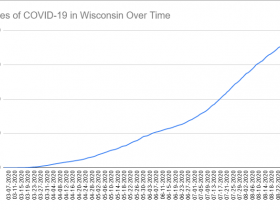 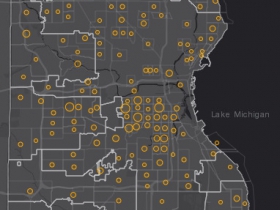 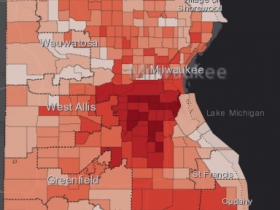 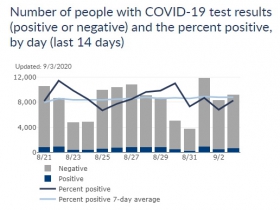 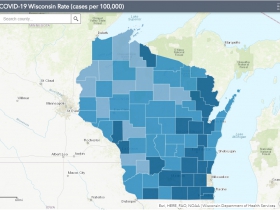 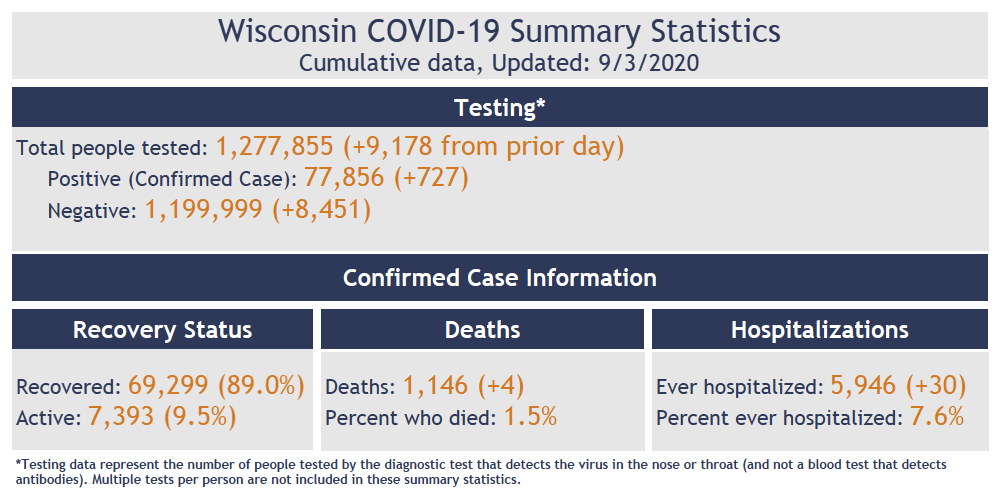 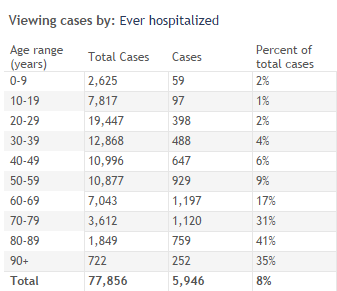