How El Tlaxcalteca Restaurant Was Created

Two brothers from Mexico had a dream. The results are delicious. 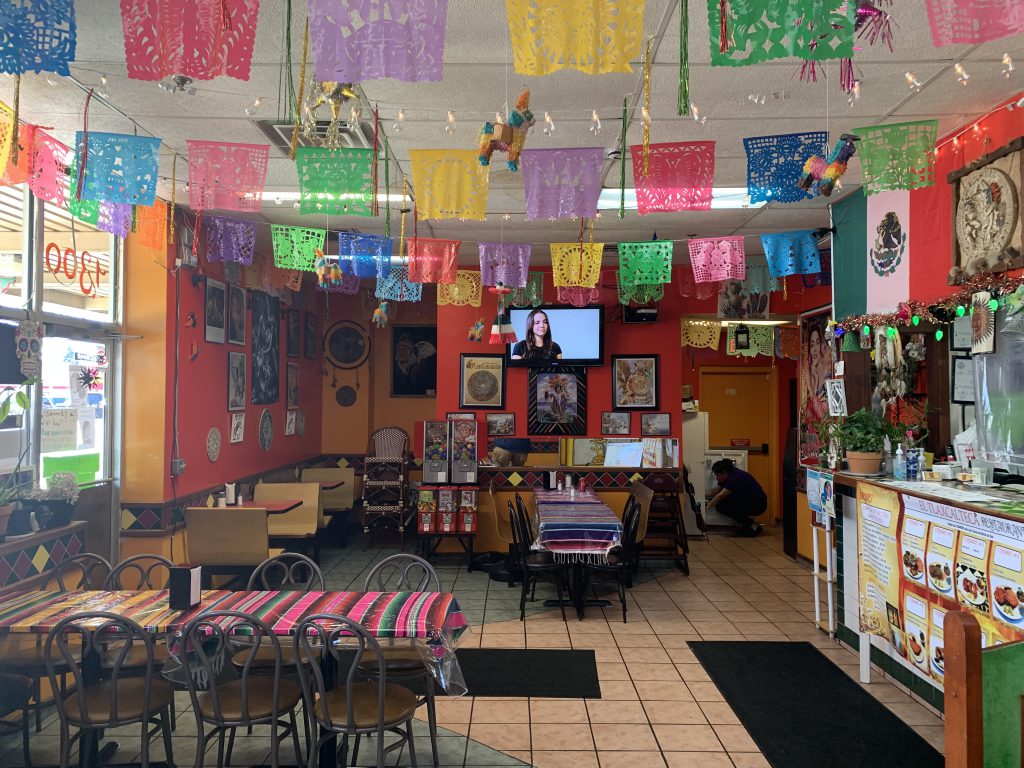 Tlaxcala is a Nahuatl word that means “corn bread” and is the smallest state in Mexico. it is bordered by Puebla, the state that is famous for popularizing barbacoa, the marinated beef that is wrapped in banana leaves and slow-roasted in an underground pit. It is also the name referenced by the El Tlaxcalteca Restaurant at 1300 W. Burnham St., on Milwaukee’s near South Side, by two brothers who came from that part of Mexico.

Owners Evaristo Acosta and David Acosta came to Milwaukee in 2001, both with hopes of one day creating a restaurant that would showcase their home state’s culinary specialties. “Our story is the same as so many that came before us and will come after us. We packed up our bags and came across the border looking to work and make our dreams come true,” Evaristo tells me.

Evaristo started working in restaurants when he arrived, and knew he didn’t want to be a dishwasher. His passion was for cooking, a talent he felt came to him naturally and went back to his family’s cooking. He had a natural sazon (instinct for flavors) and put it to work in his kitchen. He became the lead line cook at many well known Milwaukee establishments, such as Rock Bottom Brewery, Milwaukee Ale House and most recently, Cafe Benelux. The recipes at Benelux were created by the head chef with small adjustments made by Evaristo, which are still used in their kitchen to this day.

In 2012 the brothers make their first large purchase, which was a taco truck that let them work in their fashion, which is specifically to not write down recipes and improvise. That tradition carried throughout their days on their truck to when they closed it down in 2016 and opened El Tlaxcalteca in 2018. “It is something that we just did in my family. Mexican grannies never write anything down, they just cook according to the feel of the ingredient between their hands. Punches, pinches, and dashes are the only actual units of measurement we were taught and that are still used,” David says.

Since no recipes are ever written down, Evaristo’s wife, Griselda Garcia, had to learn by watching. The business is run by the three of them, and they handle all the cooking as well as management and promotion. The space is located in the same mini mall as the El Rey Foodmart on 13th and Burnham. Evaristo tried for years to get the spot, as it was one that was very sought after. The proprietor of El Rey promised Evaristo the location if the business that was in it moved out, and sure enough it did.

Birria is a regional specialty from Jalisco, with the other most well known take coming from Tijuana. It is typically a marinated and steamed goat meat, with the juices making a stock that is enriched by blended green tomato and chile de arbol. That is the specialty at El Tlaxcalteca, with Evaristo’s central Mexican take on it. The meat used is beef instead of goat, and the stock is served on the side. Quesadillas de birria began making the rounds on social media and Evaristo maintains that making it the specialty at El Tlaxcalteca was a coincidence. “It just blew up, became something very popular,” he laughs.

Missing the way burgers and hot dogs were made by street vendors in Mexico, Evaristo added both items to the menu. He wanted to create the Mexican versions of these, which couldn’t be found here in America. “The recurring theme of this restaurant is red. The mole is red, the pozole is red, the birria is red,” he says. When making these items, chiles de arbol and guajillos are the main ingredient. The spirit of this is maintained in the dishes. 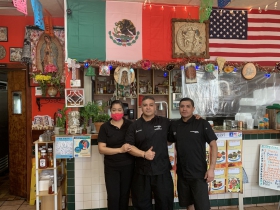 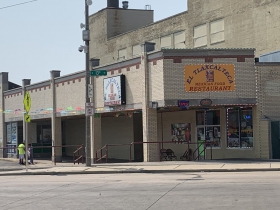 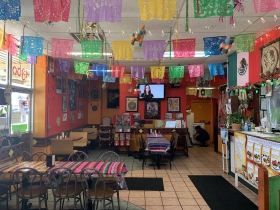