But limited information is available on who is getting tested, and why. The testing decline could be due to a reduction in people experiencing symptoms.

Is the state running out of tests? Not according to Department of Health Services data. A total of 83 labs across the state have a combined capacity to process 26,562 tests per day.

Are cases being undercounted? And if so, by how many? That’s where things get complicated.

If so, individuals, as they did early in the pandemic, would begin to seek medical treatment before even being diagnosed.

The number of people actively hospitalized with a confirmed case of the disease increased from 330 to 337 on Monday according to the Wisconsin Hospital Association. Because of a change in federal requirements, there isn’t active hospitalization data from July 26th or the week surrounding it. But even if that data existed, it wouldn’t produce a clear answer. Hospitalizations are a lagging indicator of the disease’s spread.

A person with an undiagnosed case today might not need medical support for a couple of weeks.

DHS does report the number of people newly hospitalized each day. The 30-day average has trended downward from a pandemic high of 45 in early August to an average of 40 as of Monday. But the figure is above the new hospitalizations totals recorded early in the summer (June averaged 29).

Regardless of what the big picture data is showing, data released Monday afternoon by DHS hint at a slowing spread of the disease.

A total of 392 new cases were reported from 4,865 tests, a positive case rate of 8.01 percent. Monday’s data release is often the lowest of the week, but testing increased from a recent low of 4,814 reported Sunday while new cases dropped from 453.

Fifteen people were newly hospitalized, the second day in a row the state has reported a figure below the rolling 30-day average.

Most notably, for the second day in a row DHS reported no deaths from the disease. The last back-to-back days with no COVID-19 deaths were July 12th and 13th.

DHS reports 70,854 Wisconsin residents have tested positive for the disease since the outbreak began, with 4,658 in the past week and 9,790 in the past 14 days. DHS reports that 88 percent of individuals with a confirmed case have “recovered,” as defined by a documented abatement of symptoms or a diagnosis over 30 days ago. A total of 58,240 tests have been processed in the past seven days. 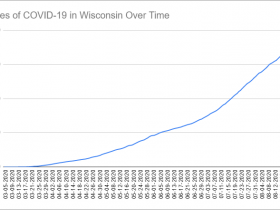 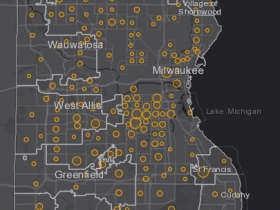 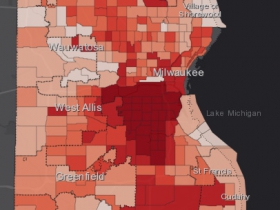 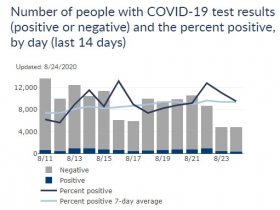 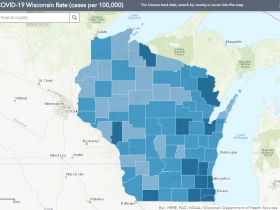 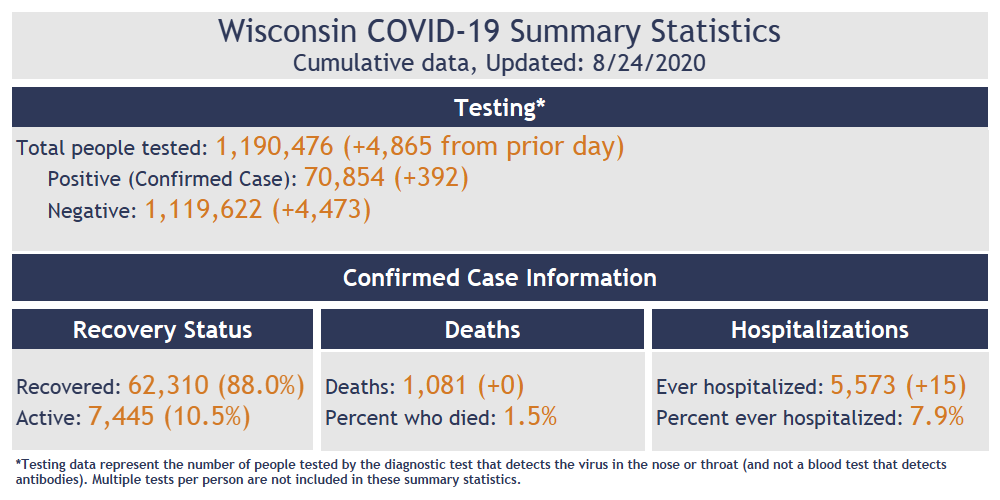 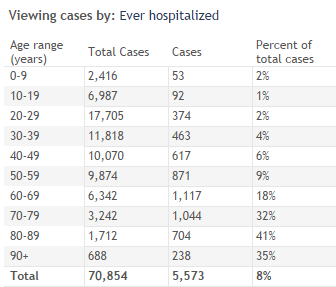