Angela Walker is VP nominee for Green Party, but might not get on Wisconsin ballot. 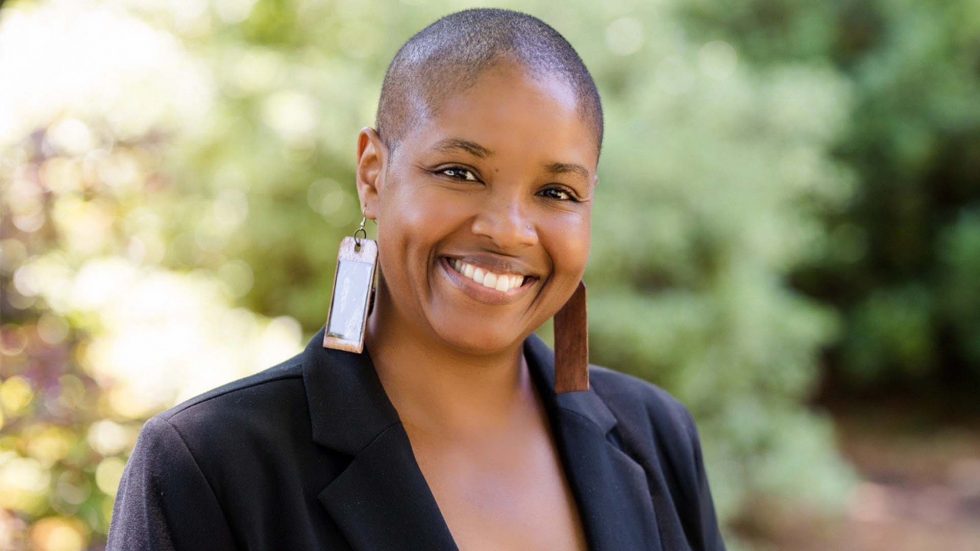 A former Milwaukee resident running for Vice President could be bounced from the ballot under a recommendation from the Wisconsin Elections Commission.

“I want to see Black, indigenous and brown people moving away from the two-party system in this country,” says Walker in a campaign video. “For far too long these parties have either blatantly ignored our needs or only give them surface attention.” The video features a number of snippets of Walker speaking at Milwaukee events.

“We need a way forward that is completely doable and will benefit those that need the help the most. People also have to be reminded of how powerful they really are,” says Walker. “And that the failed capitalist system that is suppressing them in so many different ways is not something they have to continue to endure.”

In 2016 Walker, an avowed social justice advocate, appeared on ballots in Colorado, Michigan and Guam as the vice-presidential candidate for the Socialist Party USA alongside Mimi Soltysik. The ticket earned 2,480 votes combined in Colorado and Michigan. The party held its convention in Milwaukee in 2015.

In Wisconsin independent candidates for President must submit at least 2,000 valid signatures to appear on the ballot.

But an issue with Walker’s home address, now in South Carolina, could keep the ticket off the ballot. Walker moved within South Carolina during the circulation of papers in Wisconsin, invalidating her address because she did not file an updated declaration of candidacy to identify when she moved according to a commission report.

The Wisconsin Elections Commission staff report calls the situation “unusual, but not unprecedented.” Had a sworn statement on when the move occurred been submitted to the commission, then the signatures submitted before and after the move, relative to the address on the nomination paper, could have been validated, the report noted.

“Without a sworn response, the Commission is left with the complaint that raises legitimate arguments as to what address was supposed to be on what papers, and when,” says the staff report. “In Commission staff’s opinion, the decision not to file a written response and explain the address discrepancy raised in the complaint proves fatal to the signatures contained on pages that are inconsistent with the address contained on the sworn Declaration of Candidacy of the Candidate. Once the burden shifts to the Candidate, they must provide clear and convincing evidence to rebut the insufficiency established by the evidence.”

The candidates did not respond to the challenge filed by Allen Arntsen, a retired attorney.

A total of 3,737 signatures were submitted, from which the commission staff is certifying just 1,846 as valid.

Walker ran in the past as a Socialist for Milwaukee County Sheriff in 2014 against incumbent Democrat David Clarke. Her campaign was centered on a message of social justice and anti-poverty measures to fight crime. She earned 19.96 percent of the votes cast, 37,289 votes.

Walker, 46, is a graduate of Bay View High School and attended the University of North Florida before becoming a bus driver. She became the legislative director for the Amalgamated Transit Union Local 998 before relocating to South Carolina in 2016. She currently works as a dump truck driver.

The Hawkins-Walker ticket also has the endorsement of the Socialist Party USA.

In 2016, Green Party nominee Jill Stein earned one percent of the vote in Wisconsin, an amount greater than Donald Trump‘s margin of victory.

The Wisconsin Elections Commission will meet Thursday at 3 p.m. to review the challenge. It will also review a challenge to Kanye West‘s nomination filing.

Hawkins has vowed to take the measure to court if necessary.

Unchallenged nominating papers were filed by the Libertarian Party (Jo Jorgensen and Jeremy Spike Cohen), American Solidarity Party (Brian Carroll and Amar Patel) and The People’s Revolution (Kyle Kenley Kopitke and Taja Yvonne Iwanow). But The People’s Revolution ticket did not submit any signatures and is recommended for denial by the Elections Commission staff.

For more on Walker’s run for Sheriff and her social justice advocacy, see our 2014 profile.