Was This Bay View House Historic?

Now-demolished structure on Shore Dr. dated back to 1872. Was it worth saving? 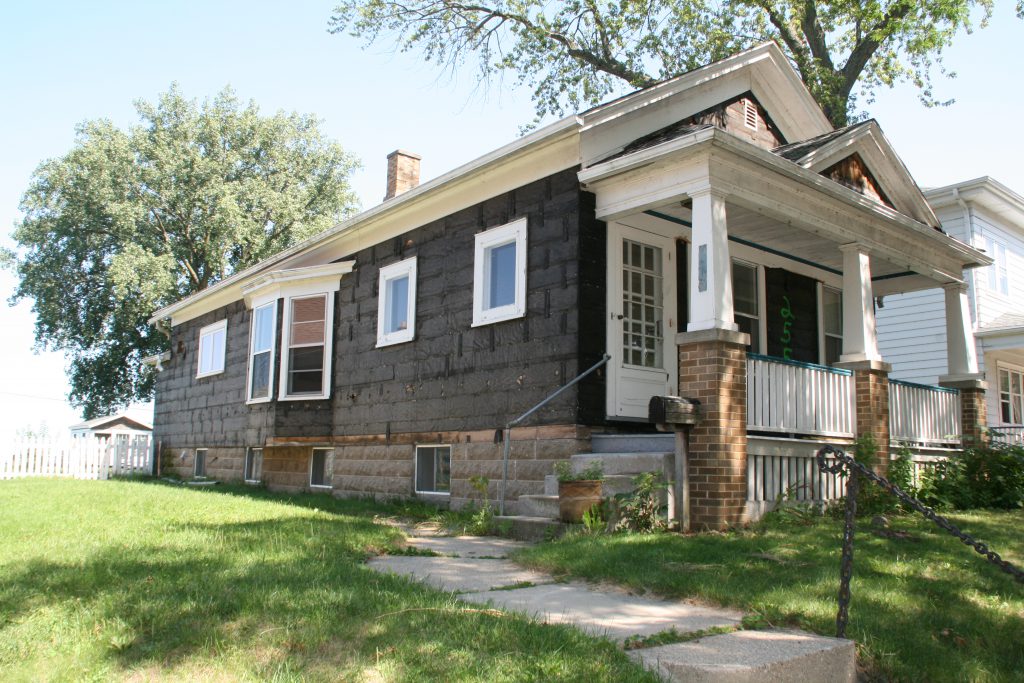 The house at 2556 S. Shore Dr. after the siding was removed. Photo by Jeramey Jannene.

One of the oldest homes in Bay View was demolished this week.

To create the site they demolished a 912-square-foot home that’s been in Tollefsen’s family since 1951. At least a portion of the one-story structure dates back to the 1870s when the nearby Bay View Rolling Mill built the home for its employees.

City assessment records date the home to 1910, which is when a substantial rear addition (20′ by 16′ by 10′) was added. “What was sitting there was nowhere near the original shack,” said Tollefsen in an interview. Another residential structure, referred to as a “playhouse” in the 1950s permit, was added later as was a garage.

Citing a number of issues, including mold and a crumbling foundation, he said the home was in poor repair. “We have had it for a long time, it’s just outlived its life,” said Tollefsen.

The owners, through Shoreline Contracting Services, applied for a raze permit on July 14th, but because the home is listed in the large Bay View Historic District on the National Register of Historic Places, they had to wait at least 30 days for it to be issued. The 1982 register filing identifies the house as a contributing structure to the district.

In the meantime, a contractor began removing portions of the structure, including water service and the siding.

On August 7th, Bay View resident and city planning consultant Gary Edelman applied for both temporary and permanent local historic designation for the building. The former serves as a 180-day restraining order until a decision on the latter can be made. Local historic designation requires the owner to apply for a certificate of appropriateness with the Historic Preservation Commission to make any modifications to the exterior of the property and is more protective than national designation.

On the evening of August 13th, Edelman withdrew his nomination.

What happened in between? Tollefsen called a meeting at the nearby South Shore Yacht Club for neighbors and met with Edelman.

“We did not feel we had any real opposition,” said Tollefsen.

The home was demolished on the 17th.

But Edelman said Tollefsen “bullied” him in multiple private meetings.

“I withdrew it,” Edelman said, because the number of people he was able to talk in the relatively short period of time “seemed ambivalent.” He told Urban Milwaukee he believes Tollefsen has information that shows the property is historic. Edelman believes the home is different than the puddler’s cottage style home commonly built by rolling mill workers and is instead is a different style built by the mill itself.

Historic Preservation Commissioner staffer Carlen Hatala said the property dates to 1872, according to the city’s tax rolls. But she never got to complete a full report, including identifying if Noah Bird, an important figure in the development of the rolling mill central to Bay View’s history, lived in the house. Edelman’s submission and past anecdotes say he did.

After withdrawing his nomination, Edelman learned more about Tollefsen in conversations with neighbors.

“I just think this guy’s kind of an uncaring real estate developer that wants to get rich at any cost,” said Edelman.

He said he learned too late of Tollefsen’s other real estate transactions in the city. A search of city assessment records indicates Tollefsen and Nelson currently own at least three other properties. Edelman, who lives down the street on Shore Drive, said he learned of a home Tollefsen rehabilitated on neighboring Williams St. that upset at least one neighbor. City records indicate Tollefsen owned the home for less than a year, but the permit records don’t indicate a dispute.

“Had I know that I never would withdrawn,” said Edelman.

He accused the couple of a strategy known as demolition by neglect on the Shore Drive house. “They intentionally let the building rot,” he said.

He says he doesn’t trust what they might build next. “He could build Tony Zielinski Two,” said Edelman, referring to the maligned house built by the former alderman in 2019.

Toffelsen said that’s not what he plans to do, and that’s he heard that concern from many neighbors. “That’s a lot of confusion,” he said. “Tony Zielinski house is what I keep hearing.”

What is he planning? A two-story, Craftsman-style home that he said will fit with the neighborhood. “It will look very similar,” he said.

Given that no permits have been filed yet, Edelman isn’t content to take him at his word. He would like the city to improve its processes for historic properties.

“I think the process in the City of Milwaukee sucks,” said Edelman.

One, he wants neighbors to be notified if a home is proposed for demolition in a national historic district. Currently the city only sends notifications to neighboring property owners for modifications (including razing) a locally-designated property. A notice of a permit request is posted in the Daily Reporter, the city’s paper of record.

Two, he wants the city to require plans to be filed in advance of any demolition for what would replace the structure. 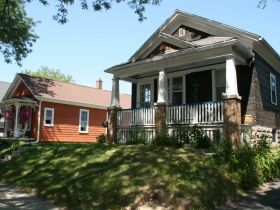 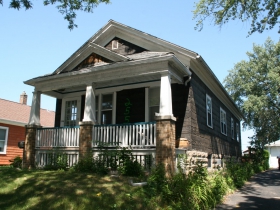 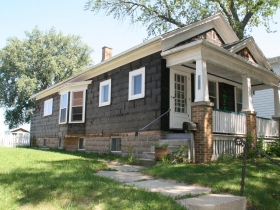 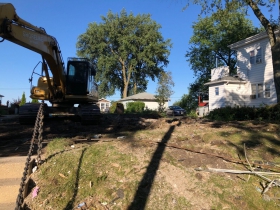 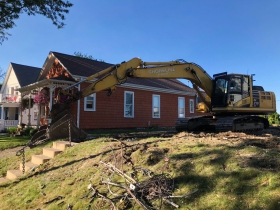 One thought on “Eyes on Milwaukee: Was This Bay View House Historic?”