Are COVID-19 Deaths Higher Than We Think?

An epidemiological model suggests they could be. 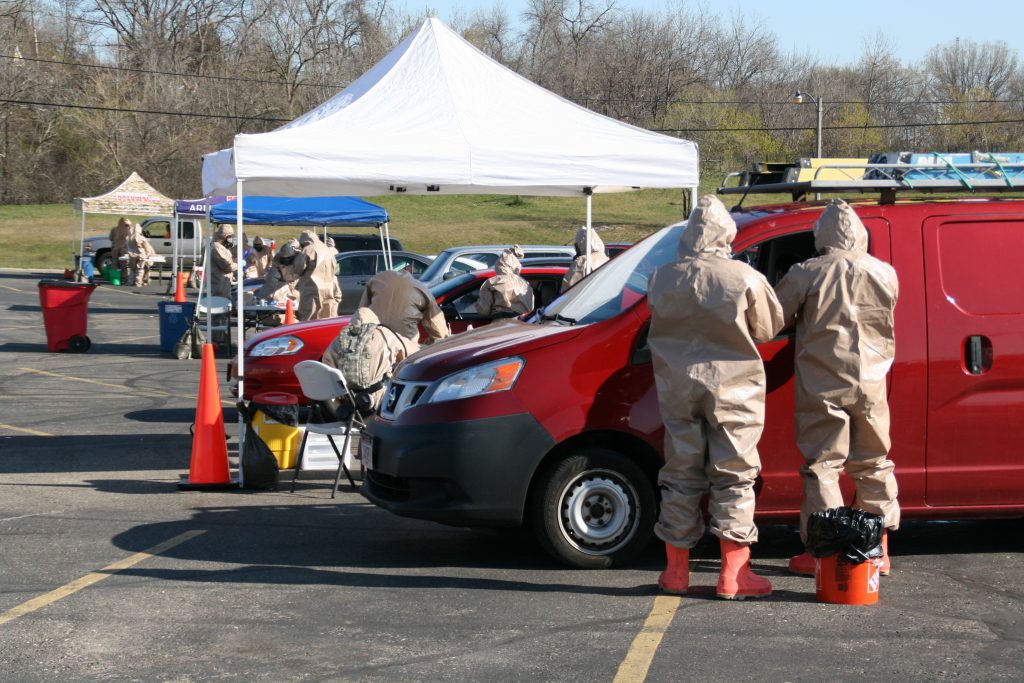 Wisconsin reached 1,018 confirmed deaths from COVID-19 on Thursday, but a New York Times analysis updated this week suggests that nearly 500 more people have possibly died from the virus but not been diagnosed.

In a story published Thursday, the Times, using data from the Centers for Disease Control and Preventions (CDC), projected that U.S. COVID-19 deaths — now about 165,000 — have probably already passed 200,000.

The Times projections use a standard statistical tool of epidemiologists to project the impact of an epidemic when it is not possible to test everyone for the disease: measuring so-called excess deaths.

The technique involves comparing the number of deaths in a particular area, state or country in a time period with the average for that same time period in previous years. Measuring excess deaths is one way that public health practitioners seek to get a handle on the full reach of an epidemic beyond what may be evident from tests.

“This is a well-accepted standard method in public health surveillance, to not depend on death certificates to know what is the cause of death,” says Dr. Patrick Remington, professor emeritus in the department of population health sciences and director of the preventive medicine residency program at the University of Wisconsin-Madison. “This is another way to assess the impact of a pandemic when you don’t want to rely on the judgment of a coroner, a medical examiner or a physician.”

The limits of test data

To ensure that the state has an accurate measure of the spread of COVID-19, the Wisconsin Department of Health Services (DHS) has been emphasizing the importance of testing. To date, more than 1 million Wisconsin residents — nearly 20% of the state’s 5.5 million people — have been tested for the virus, and 63,206 of those have been positive as of Thursday.

At the same time, the number of tests given on any day has fluctuated, and there have been reports of supply shortages squeezing test availability in some places.

At a media briefing on Thursday, DHS Secretary-designee Andrea Palm said that the department continues to encourage anyone with symptoms of COVID-19 or who has been exposed to someone who has tested positive for the virus to seek a test — first with their healthcare provider and, if they have none or are unable to get a test, to go to one of the community testing sites set up around the state.

A number of hospitals in the state have reported that supplies of reagents needed for tests have been “diverted to other parts of the country,” Palm told reporters.

Sen. Tammy Baldwin this week sent a letter to Vice President Mike Pence demanding that the federal government address the shortages. Palm said Gov. Tony Evers has contacted manufacturers of the necessary testing reagents as well to stress the importance of getting an adequate supply to testing labs in the state.

“We continue to talk with our partners about how we diversify our supply, how we increase our testing capacity, and to find additional alternatives to get around some of these supply chain problems,” said Palm. She called for “a national strategy around supplies and manufacturing” for testing materials and other necessary supplies to combat the pandemic, “so that we’re not competing with every state in the Union who is also seeing a surge in testing demand.”

In its national and state-by-state examination of excess deaths in 2020, the Times used data from the CDC to calculate the average number of deaths each week beginning March 15 for the years 2017 through 2019. Those baseline numbers were “adjusted to account for trends, like population changes, over time,” according to the newspaper, then compared the number of deaths for each of those weeks starting March 15, 2020.

“The number of people dying every day is pretty predictable” in a typical year, Remington says. “When you look at the baseline years, there’s some variability from year to year, but relatively little.”

The newspaper reported that nationwide, 211,000 more people have died in 2020 between March 15 to Aug. 1 — 56,000 more than the official count at the time the article was published early Thursday.

In Wisconsin, the Times analysis calculates 1,500 excess deaths between March 15 and July 26. (More recent data for Wisconsin was not included because it was incomplete, according to the newspaper.)

As of Thursday, the state Department of Health Services (DHS) put the official COVID-19 death toll at 1,018. That leaves nearly 500 excess deaths unaccounted for, and it’s standard epidemiological practice to attribute those directly or indirectly to the pandemic — in this case, COVID-19. “That is more than plausible,” Remington says.

Asked about the Times calculations for the state, DHS spokeswoman Jennifer Miller said Thursday that the 1,018 deaths reported so far “are among laboratory-confirmed cases” using a diagnostic test, and that “it is possible that we have had COVID-19 associated deaths that were never confirmed by testing.”

Among the data reports that DHS publishes on its website is one that goes beyond the confirmed COVID-19 death numbers to include COVID-19 “probable cases,” Miller said — people identified before death as probably having the virus but not confirmed by a test, or whose death certificate refers to  the virus as a cause of death or a “significant condition contributing to death.”

Remington says that the additional deaths counted by the Times could result from COVID-19 directly — someone infected who has died of the disease without having been the subject of a positive test for the virus — or indirectly.

Examples of indirect deaths might include people who didn’t themselves get COVID-19, but were turned away from or else opted not to seek medical care for another condition at a time when hospitals and health care providers were largely restricting their focus to treating the virus, such as hospitals across the state did in March and April in order to avoid being overwhelmed by a surge of patients.

Both direct and indirect impacts are important to understand the full weight of COVID-19 on the state and the healthcare system, Remington says, making the excess deaths calculation a useful tool.

“This is a better overall measure of the public health burden from the pandemic,” he says.