By Corri Hess, Wisconsin Public Radio - Aug 12th, 2020 11:10 am
Get a daily rundown of the top stories on Urban Milwaukee 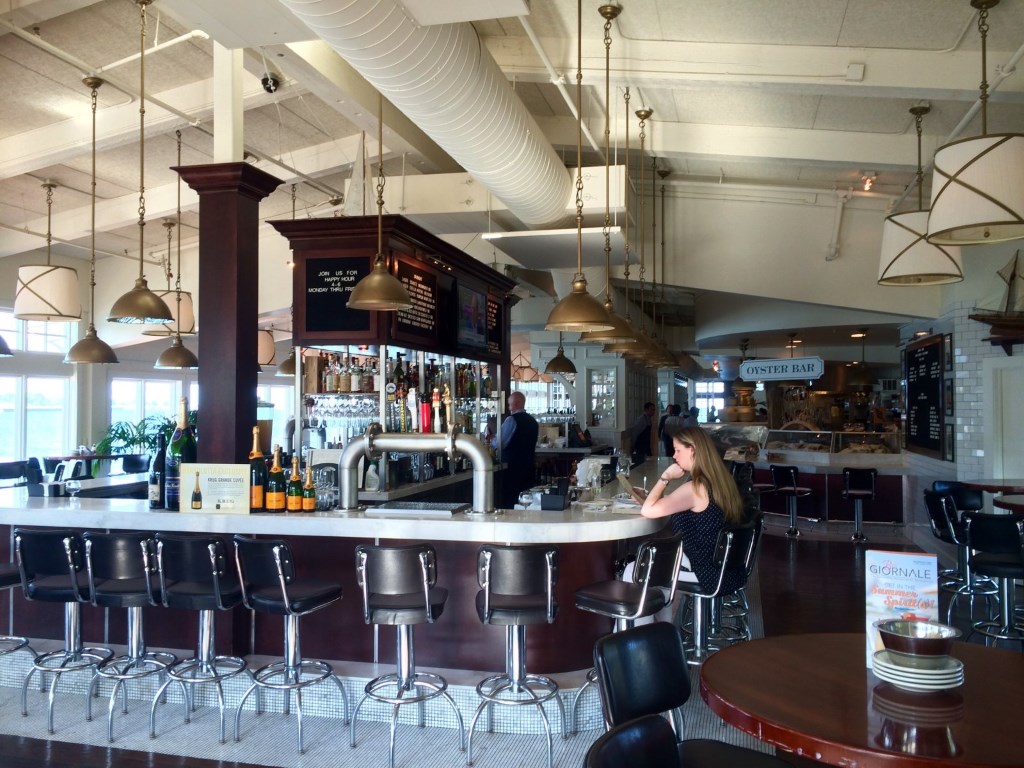 The Democratic National Convention Committee advised convention participants to sign a pledge not to patronize Milwaukee’s downtown bars and restaurants during the week of the national nominating convention.

The advice came after the Milwaukee Health Department refused a petition by convention representatives to shut down downtown restaurants and bars during the convention, according to an official familiar with the request. City officials are questioning the message this sends to Milwaukee, after the DNC made commitments to the city.

A DNCC spokesman said convention participants were asked to avoid bars, restaurants and other locations where social distancing wasn’t possible. A screenshot of the pledge form shared with WPR by someone who planned to attend the DNC simply says, “avoid bars and restaurants.”

The DNCC did meet with the health department, the spokesman said. He wouldn’t comment further, but said the DNCC developed a one-page health directive with local health officials on July 26, when everyone was still expecting a “significant in-person attendance,” at the convention.

“Ensuring the safety and well-being of our host community and everyone involved with our convention has always been our top priority, and we continue to follow the guidance of public health officials and experts,” the spokesman said.

The four-day Democratic National Convention will still be held in Milwaukee when it kicks off Monday, but the majority of the event will be virtual due to the coronavirus pandemic. Featured speakers in Milwaukee include Gov. Tony Evers, U.S. Sen. Tammy Baldwin and Milwaukee Mayor Tom Barrett.

The party announced last week Biden would not come to Milwaukee because of COVID-19 safety concerns and would instead accept the nomination from his home state of Delaware.

Downtown Alderman Robert Bauman called the DNC’s actions “outrageous,” considering the lengths the Milwaukee Health Department has gone to with its phased reopening plan for businesses.

Barrett’s office released a statement Tuesday saying the city has a mask order in place and from the beginning social distancing has been strongly encouraged.

“The order and social distancing guidance apply to residents and visitors alike,” the statement says. “Currently there are restaurants and bars that are under (the Milwaukee Health Department’s) orders and have committed to following the appropriate protocols to keep customers and employees safe.”

Omar Shaikh owns Carnevor Steakhouse in downtown Milwaukee and is the president of the VISIT Milwaukee board. He first heard about the DNCC attendee pledge a few weeks ago during a meeting for business owners that included the health department and Metropolitan Milwaukee Association of Commerce (MMAC).

Shaikh is reopening Carnevor next week, after being closed for five months because of the pandemic.

He said with the convention going mostly virtual, he doesn’t think downtown Milwaukee will have much activity next week.

“We do need to support the local economy, I hate to see businesses go out of business, and we have a lot of staff and employees working for us, that need to work for their families,” Shaikh said. “But at the same time, I think Joe Biden is not coming in for safety purposes. So that outweighed everything for the DNC not wanting people to go out for safety purposes.”

The DNC has vastly scaled back the event from a 50,000-person, four-day party to a virtual event. But it could still draw several hundred people to Milwaukee including protesters, media and political junkies interested in the city.

Tim Sheehy, president of the MMAC, said the pandemic caused convention organizers to make a lot of difficult choices.

“No one would think bringing 50,000 people here next week made sense,” Sheehy said. “Decisions that followed were painful, incremental, and like asking attendees not to go out to eat and drink, opposite of the value proposition of having the convention.”