Store will sell goods from Bronzeville neighborhood businesses and entrepreneurs. 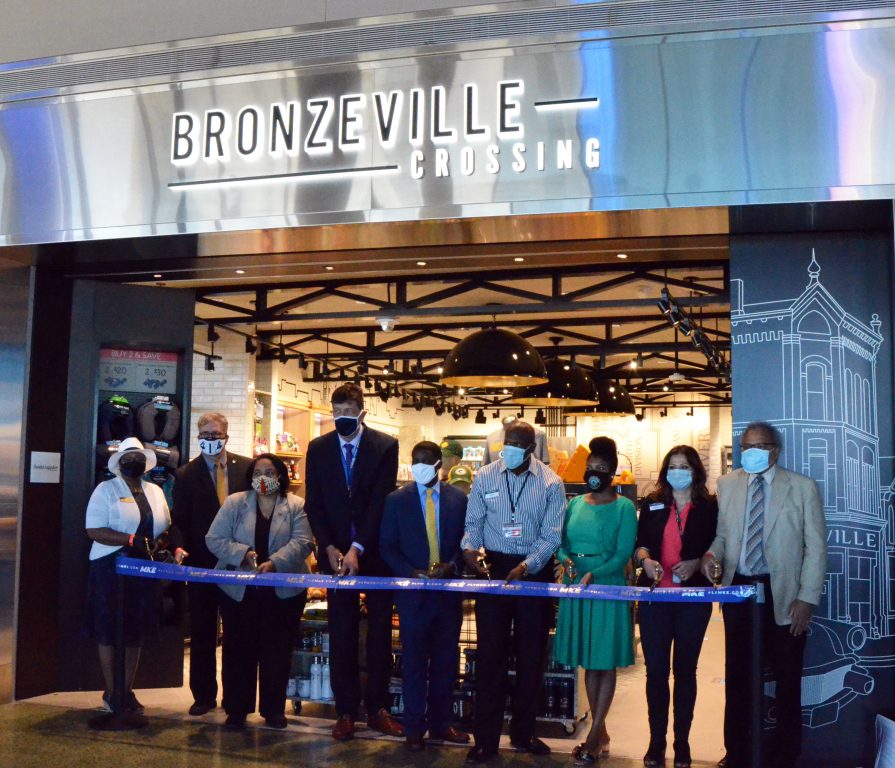 Milwaukee Mitchell International Airport has been changing out a number of their old retail and restaurant options for new ones during the past year.

There’s been the addition of a Starbucks and a Summerfest Marketplace. And Tuesday, there was a ribbon-cutting for the final shop, Bronzeville Crossing, a new store that will sell goods from businesses and entrepreneurs in the Bronzeville Neighborhood.

Airport Director Brian Dranzik said they “couldn’t be more thrilled” to have Bronzeville Crossing be the final shop to open during the overhaul.

The county owns and operates the airport. And Crowley said the store was another piece of the county’s mission to advance racial equity because Bronzeville Crossing would be selling the goods of local Black-owned businesses.

Crowley was joined at the ribbon-cutting by County Board Chairwoman Marcelia Nicholson, along with several members of the board’s Black caucus.

The retail overhaul is being done in partnership with Paradies Lagardère, a Georgia based company that operates retail locations at hotels and airports around the country. The company was also behind the Summerfest Marketplace.

The agreement between Paradies Lagardère and the airport stipulated that 30 percent of the project would have participation from Disadvantaged Business Enterprises, which is higher than the county’s own standard of 25 percent. Crowley said the store shows the county’s “commitment to helping black-owned businesses thrive.”