Construction near the finish line for trio of new hotels. 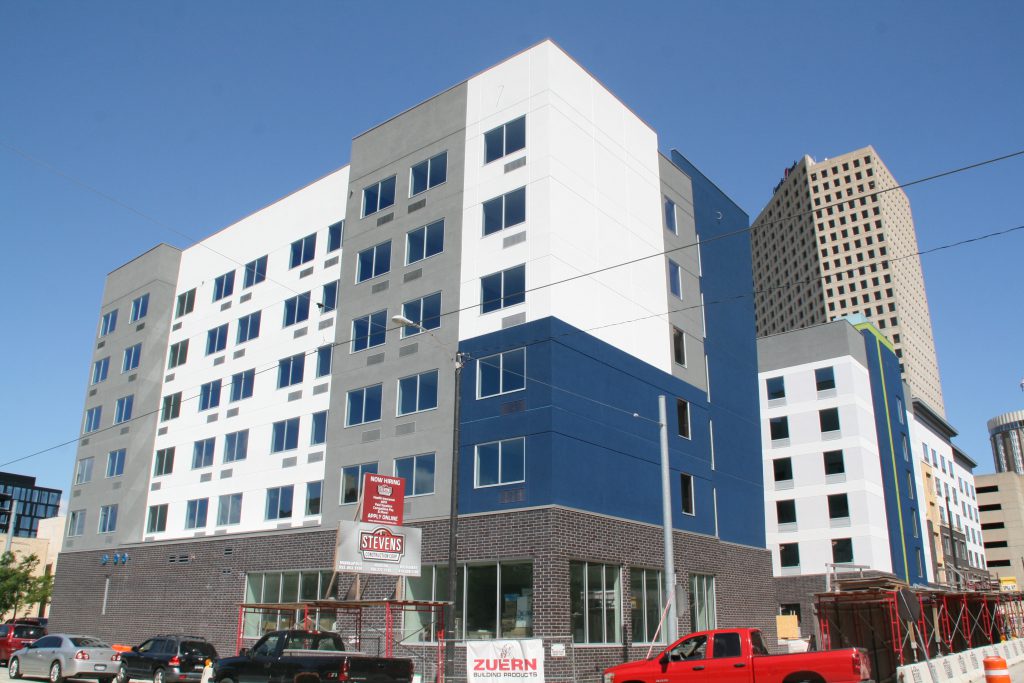 In April I asked, mostly in jest, if postponing the Democratic National Convention until August would allow three new downtown hotels to be finished in time.

The answer is no, but that doesn’t matter at this point with the DNC effectively canceled because of the pandemic.

But construction work, at least as viewed from the exterior, appears to be nearly complete on a trio of adjacent hotels that will have a combined 331 rooms between them.

Stevens Construction is leading the general contracting on both buildings. Construction on the southernmost building, to be used by the two Hilton properties, is further along.

The downtown Milwaukee hotels are far from the only project JR Hospitality has underway. The firm’s website boasts a number of hotel properties under development in Wisconsin,  Minnesota and Colorado, with the majority of the properties centered on the Minneapolis and Milwaukee markets. The firm has hotels underway development in Brookfield and Madison in addition to Milwaukee. Hawkeye is a partner on a number of the projects.

An affiliate of the two firms, Hop City Lodging LLC, purchased the three parcels at 433 E. Michigan St., 501 N. Jefferson St. and 517 N. Jefferson St. in August 2018 from Johnson Controls for $5.15 million. A heavily-altered office building, built in 1909 according to city records, was demolished to create the northern site. The two southern properties contained a 62-stall surface parking lot and 10,760-square-foot building from 1970.

The new buildings are being built entirely within the city’s zoning code and did not require special legislative approval.

Matching the Hop City name, two stations on The Hop’s planned lakefront streetcar line sit ready and waiting a block from the development site. They were scheduled to go into service by the end of 2020 once they’re connected via a station in the base of The Couture, but the apartment tower has been repeatedly delay. It now appears to be moving forward.

Since construction started another amenity has been announced near the hotels. Central Standard Craft Distillery is buying the long-vacant building a block west with the intent to open a tasting room. Another block further west the Huron Building continues to rise. And on the other side of Interstate 794 a new apartment building is being constructed. 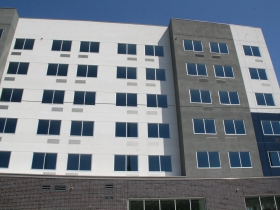 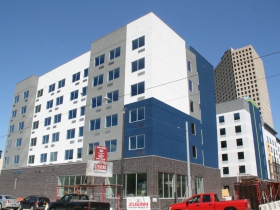 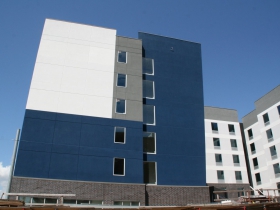 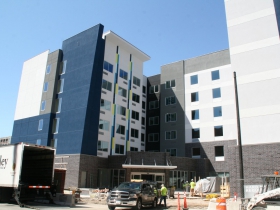 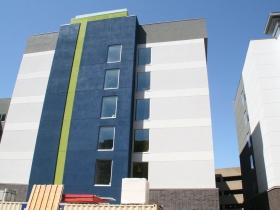 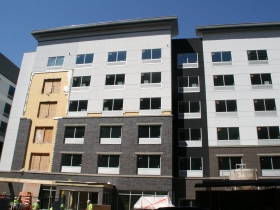