Were Wisconsinites looking for cheap entertainment, or trying their luck in uncertain economic times? 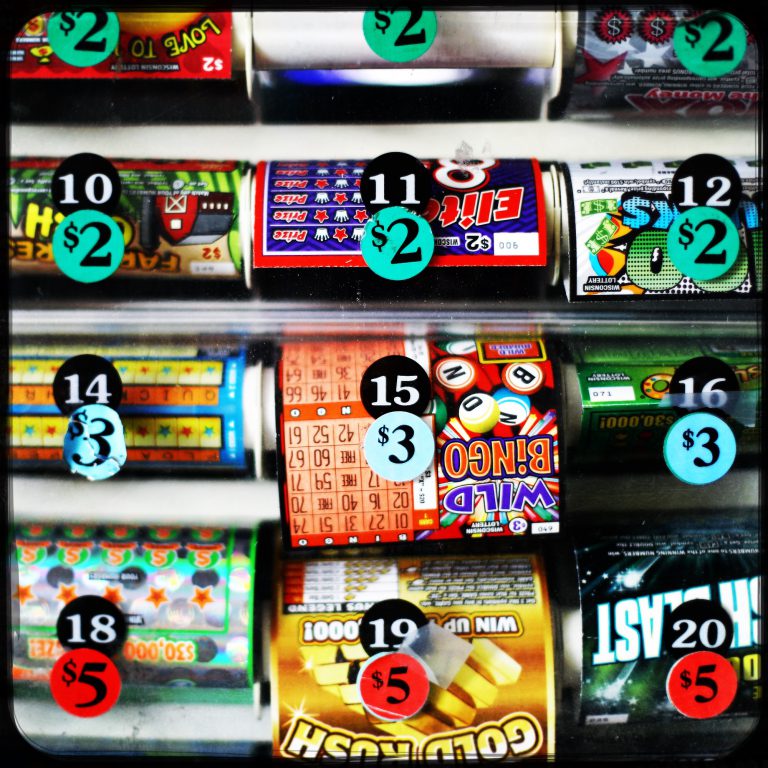 Many Wisconsin residents may have lost their jobs, had their pay or work hours cut, visited food pantries or worried about paying the rent because of the COVID-19 pandemic.

But that didn’t stop them from buying lottery tickets in the first months of the pandemic.

State Department of Revenue (DOR) figures show total lottery sales between March – when the state’s economy was locked down, mass layoffs and furloughs began and we were told to stay home to “flatten” the COVID-19 curve – and June were up 12.3 percent.

Chasing that big win, players bought $274.2 million worth of lottery tickets in that four-month period, a healthy jump from $244 million in the same period in 2019.

Specifically, although March lottery sales fell 19 percent, sales in April were up by that same percentage. Lottery sales then jumped 21.1 percent in May, and 36.8 percent in June.

But the increase in lottery sales isn’t surprising, some experts noted.

“The lottery is a form of entertainment for many,” said UW-Madison Engineering Professor Laura Albert, who has studied sports analytics.

“The lottery may have become an appealing form of entertainment with so many other entertainment sources unavailable for the time being – professional sports, concerts, festivals, theater,” Albert said. He added, “A lottery ticket is a lot less than a concert ticket or a beer at Bratfest, and I’m guessing that overall Wisconsinites are spending much less on entertainment these days. The tickets are easy to purchase at grocery stores and other essential businesses, and that is surely a factor.”

Cindy Polzin, director of DOR’s Lottery Division, agreed that buying a lottery ticket may be an easier decision when things someone bought for years became unavailable after mid-March.

“With other avenues for entertainment closed, sales of scratch tickets have been high since mid-March,” Polzin said. “Since lottery tickets are sold in two of the retail channels that remained open throughout the pandemic – convenience and grocery stores – our products remained in front of customers.”

Also, she said,  “Lottery players likely see scratch tickets as an entertainment option and a little break from the day that they can safely enjoy at home. But, she added, there has been a “significant decrease” in Lotto sales involving multi-state drawings.

Rose Blozinski, executive director of the Wisconsin Council on Problem Gaming, said the organization is neutral on legalized gambling, since its purpose is helping those who are addicted.

Tribal casinos were closed during much of the four months that saw higher lottery sales, Blozinski noted.

So, she said, “With the casinos being closed, people looked to other options to gamble.”

“If someone already had a gambling problem, they cannot just stop gambling. Even though their income may be cut, etc.,someone with a gambling problem will do whatever they have to continue gambling,” she added.

“Many compulsive gamblers are already at the point that they are not paying their bills, borrowing money, doing whatever they can to get money to gamble. So, for compulsive gamblers, the pandemic probably did not change their habits too much,” Blozinski said.

“Gambling is also used as an escape, so with the stress that people are feeling with the pandemic, it makes sense that they may gamble.

Wisconsin lottery’s made international news recently when one winner of $22 million, Thomas Cook, honored a decades-old handshake promise he and a friend, Joseph Feaney, made to split lottery winnings either won. Both live in Menomonie.

Cook bought his Lotto ticket on June 10, discovered it was a big winner, and called Feaney to say a promise is a promise – even one made almost 30 years ago. Opting for a cash payout, they each got $5.7 million.

“Since it’s a relatively small purchase, lottery tickets might be relatively more immune to pandemic-related spending – especially if people are in a habit of buying them,” Polman said.

The 37 percent sales increase in June is “most interesting,” Polman added.

“I can only speculate, but I wonder if it’s related to people having less money, because they’re furloughed or laid off. The stimulus checks may not be enough to cover expenses, and perhaps more people are deciding to try their luck at playing the lottery.”

Steven Walters is a senior producer at the nonprofit public affairs channel WisconsinEye. Contact him at stevenscotwalters@gmail.com.

Categories: Economics, The State of Politics