The song “Hoodoo Voodoo” is a surreal classic that captures the spirit of Woody. 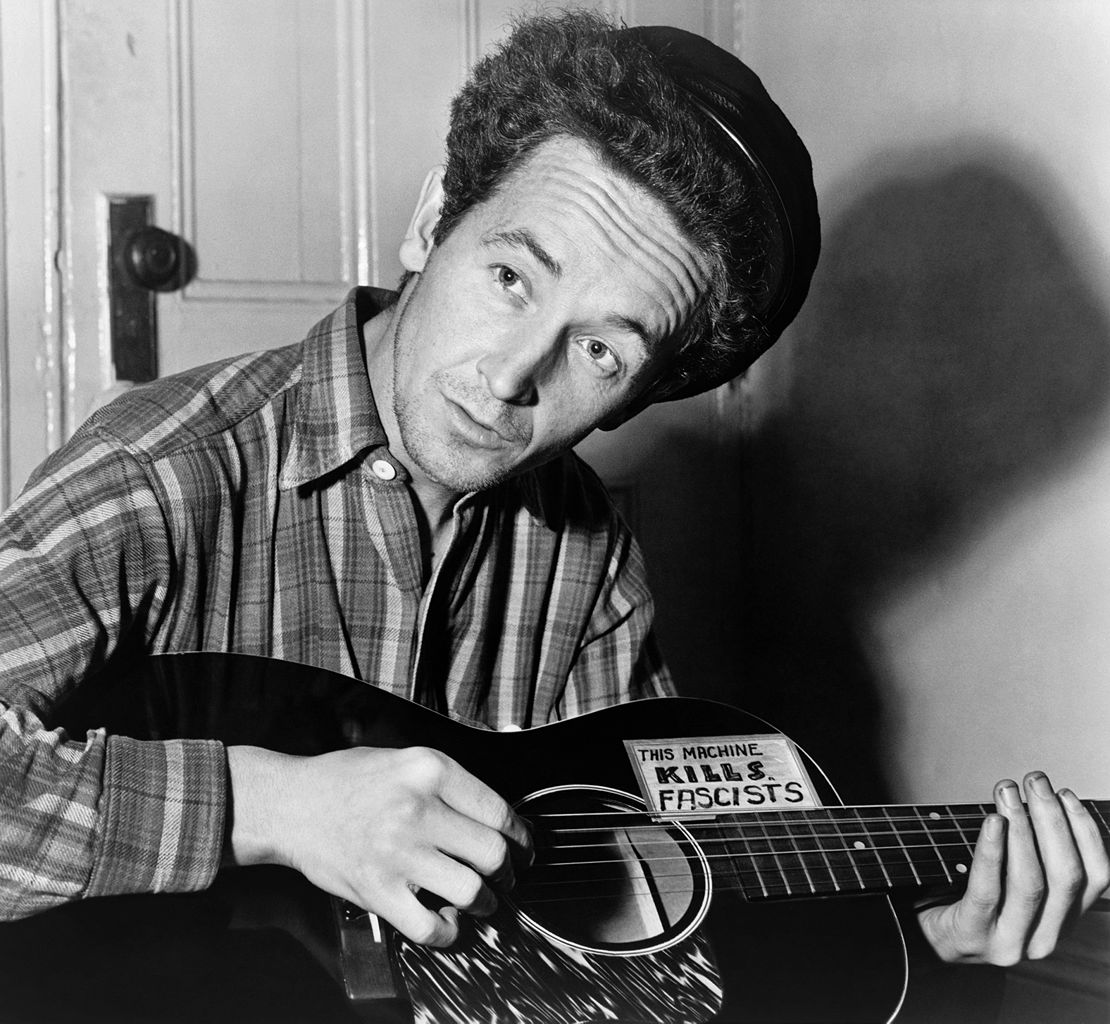 Was Woody Guthrie the first rock and roller or the first modernist? He was John Lennon and Bob Dylan before they were. I’d throw in Willie Dixon, but my research (none) doesn’t confirm who got there first when it comes to perfectly scrambled surrealism. On the strength of one song, “Hoodoo Voodoo,”  you’d have to put Woody pretty close to the top.

There are two different versions. The first version many heard was Wilco’s version from their great record Mermaid Avenue, made in collaboration with Billy Bragg. They were asked by Nora Guthrie (Woody’s Daughter) to turn left over lyrics into songs. The result was a rollicking mess of an album that conjured up the ghosts of Big Pink.

But back in 1954 Woody put out a collection called Songs to Grow on for Mother and Child. In it was a song called 1, 2, 3, 4, 5, 6, 7, 8. Basically the same words, but a completely different animal. He tosses it off almost as if it’s a joke, or maybe a card trick. It brings to mind a classic George Burns bit — speeding through a song and leaving a confused band somewhere near the starting line. The original Guthrie lyrics are a tongue-twister, more than a little tricky to sing — Wilco reshuffled them a little, keeping the spirit:

Momma cat, Tommy cat, diaper on my clothes line
Two four six eight, I run and hide
Pretty girl, pretty boy, pony on a tincan,
I’ll be yours and you’ll be mine

I could go line by line, but that would stretch this article way past its tolerable length. This nonsense is self-explanatory. If you don’t understand you do, it’s perfectly circular. Every time it reveals a bit of its inner logic, it cancels it out and moves on. It was written for kids, but I suspect grownups, when they tuned in, would’ve heard a very sly pick-up song. Maybe even be a sort of spell — an incantation sung to charm and bedazzle. Who could resist?

What Wilco does with it is nothing short of superb. Inspired equally by the jinga jangler line and what has to have been a deep listening of The Basement Tapes, they manage to invoke both Dylan and The Band. With some sort of wheezing Farfisa and a few other unexplained noises, it sounds like some kind of emergency in Wonderland. The bass line is a direct cop of “Lady Madonna,” and Jeff Tweedy gives up his voice in a larynx shredding performance. I wonder if he could talk the next day.

When it comes to not making sense, I’m sure David Byrne would approve. I wish I could say the same for a lot of Wilco’s unfathomable lyrics. But, having once done something so perfect, (actually more than once, there are three volumes of Mermaid Avenue) I’ll always give them the benefit of the doubt.

And Woody Guthrie? The deeper you dig, the more mysterious he becomes. He wasn’t just another folk singer, though he did that pretty well. He was a poet who could move you with the sad truth of how things work in this world. In that mode he was lethal, listen to a masterpiece like, “1913 Massacre,” a mini Grapes Of Wrath in ten perfect verses and you’ll be dabbing your eyes. This is the very same man who could charm you with nonsense worthy of Edward Lear. Bob Dylan borrowed the title “I Contain Multitudes” from Walt Whitman, and while that may be true, he just might have gotten the idea from the multifaceted original, Woody Guthrie. And just to round things off, on Mermaid Avenue, there’s another delight called “Walt Whitman’s Niece.”