Sculpture Milwaukee ramping up its 2020 installation. 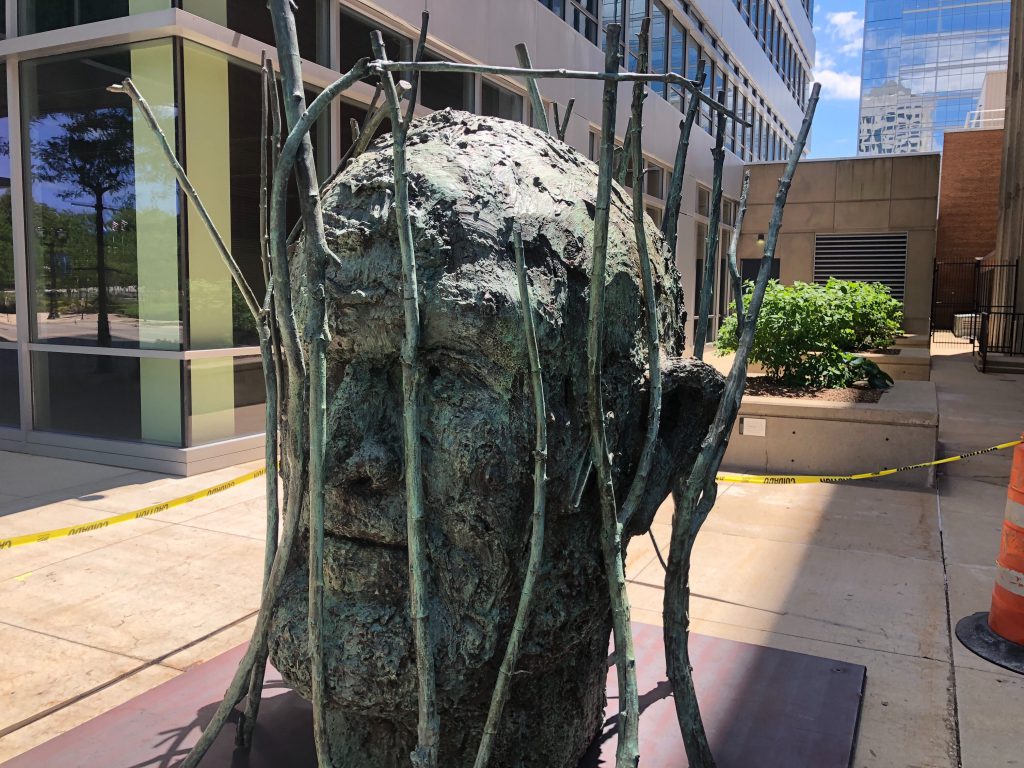 There is one summer event that isn’t canceled, but was substantially delayed. The fourth annual Sculpture Milwaukee exhibit, a curated collection of large-scale sculptures installed along Wisconsin Avenue, will soon open to the public.

“With nineteen works spread out over a mile and a half, social distancing is built into our model. We are confident that our exhibition can be a safe and inspiring destination for all,” said director of marketing Meg Strobel in announcing the list. The first batch of sculptures have been installed in the past three weeks.

The exhibit would normally open at the start of June, but a press release announcing the works cites “significant logistical challenges and delays brought on by the global pandemic.”

The installation, which mixes sculptures by internationally acclaimed artists with those of up-and-coming Wisconsin artists, is backed by the Northwestern Mutual Foundation and other philanthropic partners. Revenue from the sale of any pieces also supports the program.

And while the exhibit would normally have an east-west orientation running from N. 6th St. to the lake, a north-south southern leg is being added that will stretch to Catalano Square in the Historic Third Ward via N. Broadway. That extension is being funded by the Black Box Fund.

“Sculpture Milwaukee is a thought-provoking, family-friendly cultural destination that is free for all to enjoy,” said board chair Wayne Morgan.

No date was provided for when all of the sculptures would be installed, nor removed, but you can see the first ones now as well as the hold overs from last year.

A number of other pieces have been purchased and installed permanently in locations public and private around the city, including the “Mixed Feelings” sculpture outside City Hall. 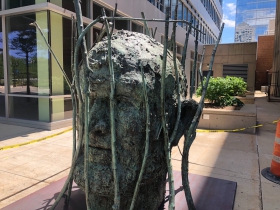 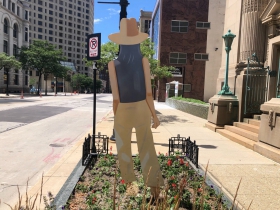 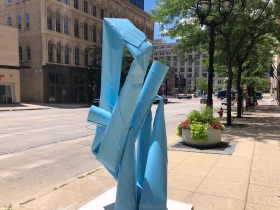 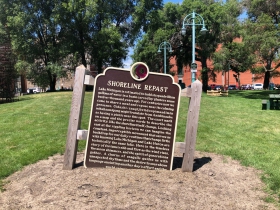 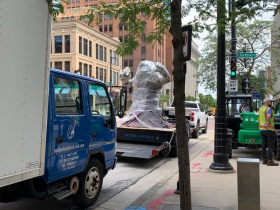