Mural of fictional books based on suggestions from community going up on 57th and Vliet. 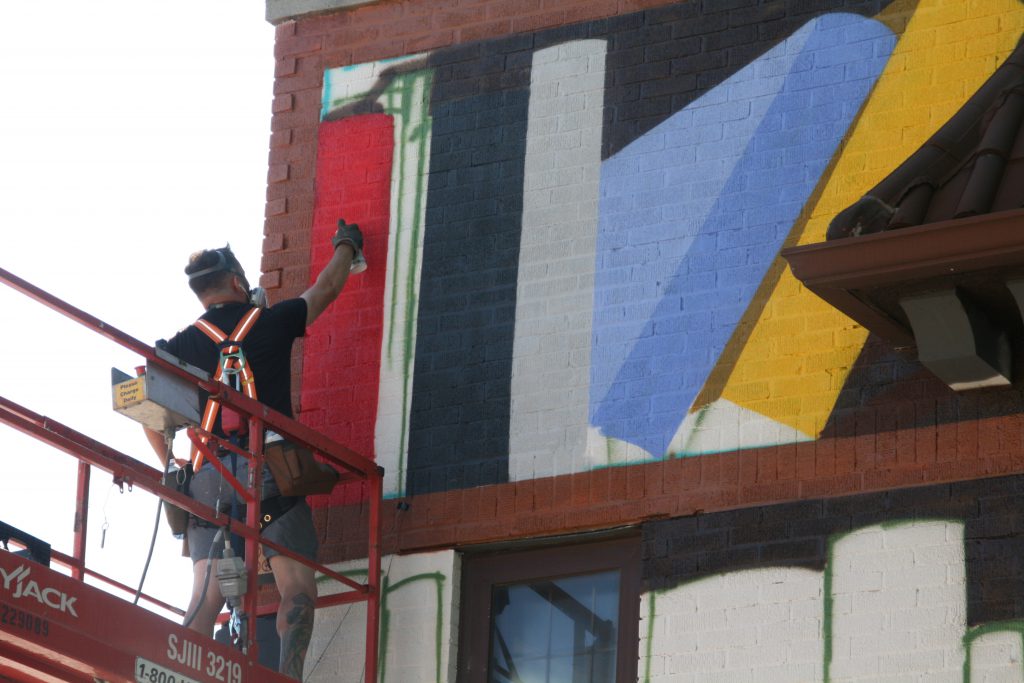 It’s the latest mural from artist Fred Kaems, who has made a name for himself in recent years as he’s painted everything from a Giannis Antetokounmpo tribute mural in Tippecanoe to a message of positivity and togetherness during the pandemic on his own Washington Heights garage door.

Kaems started work this week on an approximately 1,700-square-foot mural that covers the east facade of the building at 5700 W. Vliet St., home of the The Vintage Glass Garden home goods store and Rainbow Booksellers.

“It’s cool to do something in my neighborhood,” said Kaems. He told Urban Milwaukee he’s enjoyed having neighbors walk by to monitor his progress. “It gives you a moment to not think about the craziness.”

The mural will depict a bookshelf filled with fictional books.

Building owner and neighborhood resident Dan Schley has partnered with the Washington Heights Neighborhood Association to raise the remaining funds.

“We are doing really well,” he told Urban Milwaukee. Schley said over 80 people have donated, raising the $5,000 match necessary to access the arts board grant. “The community has really stepped up.”

What are the book titles? Neither Schley nor Kaems will say. “They came up with some amazing titles,” said Schley, promising people will be delighted when they see the finished product. Approximately 80 suggestions were made, all of which must not be real books to avoid copyright issues. A group of neighborhood residents whittled down the list to those that would fit.

Eight people provided $500 or larger donations, guaranteeing their choice of a title would appear on the wall. Suggesting a title, and author, was free.

Kaems estimated the mural would take two weeks to complete. 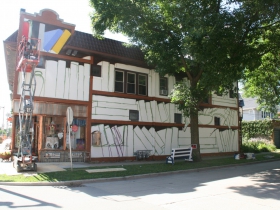 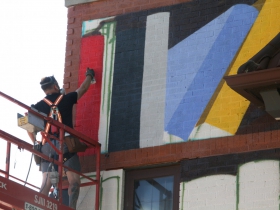 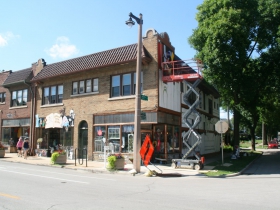 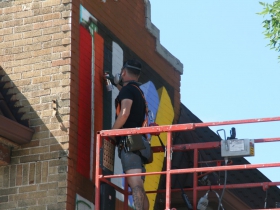 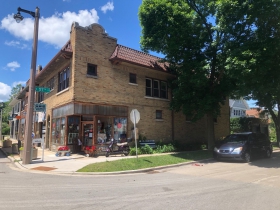