The Wisconsin Department of Health Services (DHS) reported a 24-hour COVID-19 testing high on Friday afternoon. Labs across the state processed 17,456 tests in the past day, eclipsing the previous high of 16,451 set June 3rd.

The testing surge comes as part of a sustained increase, with an average of 12,288.07 tests per day processed over the past two weeks. DHS reports 83 labs across the state have a combined daily testing capacity of 24,156.

From the tests, DHS reported 1,018 individuals have a new case of the disease. That’s the third time in the past four days the state has reported over 1,000 new cases, having never eclipsed the figure before.

Cases have increased with testing, but not just because increased testing is finding more asymptomatic cases. The positive case rate, the percentage of tests that confirm a new case of the disease, has increased over the past month.

The seven and 14-day positive case rate averages stand at 7.16 and 7.07 percent. Since July 1st, the 14-day testing average has climbed from 9,544 tests per day to 12,288 tests per day, while the 14-day positive case rate has climbed from 4.30 percent to 7.07 percent. Public health officials have looked for the case rate to trend downward as testing expands as an indicator that enough testing is being done and the disease’s spread is slowing.

A total of 46,917 people have tested positive for the disease since the outbreak began, with 21,154 of those coming in the past 30 days and 6,410 in the past week. DHS reports that 77 percent of individuals with a confirmed case have “recovered,” as defined by a documented abatement of symptoms or a diagnosis over 30 days ago. The percentage fell from a high of 79 as a surge in new cases was reported.

DHS reports 312 people are actively hospitalized. The figure could swing dramatically in the coming days not because of a change in on-the-ground reality, but of reporting requirements from the U.S. Department of Health and Human Services. Hospitals are transitioning to new requirements according to the Wisconsin Hospital Association. The figure has been unavailable for much of the week.

DHS reported that 54 people were newly hospitalized in the past 24 hours with a confirmed case of the disease.

No new deaths were reported. The statewide death total stands at 848. An average of 4.03 deaths per day have been reported over the past 30 days. 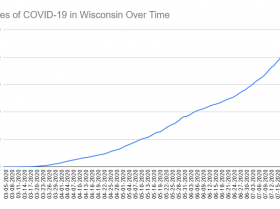 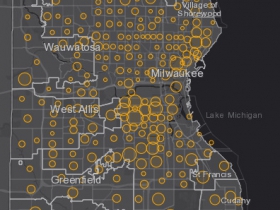 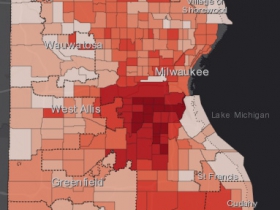 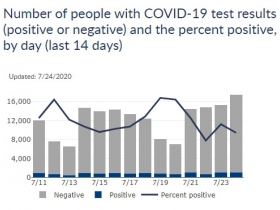 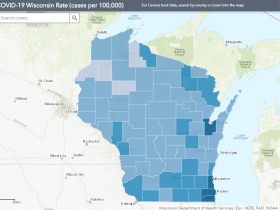 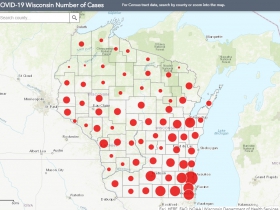 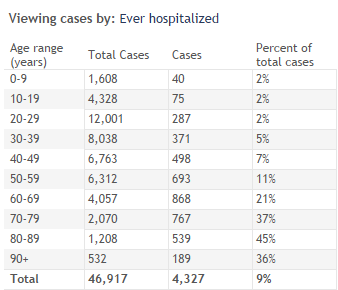