From social justice to physical activity, murals spread a message of positivity. 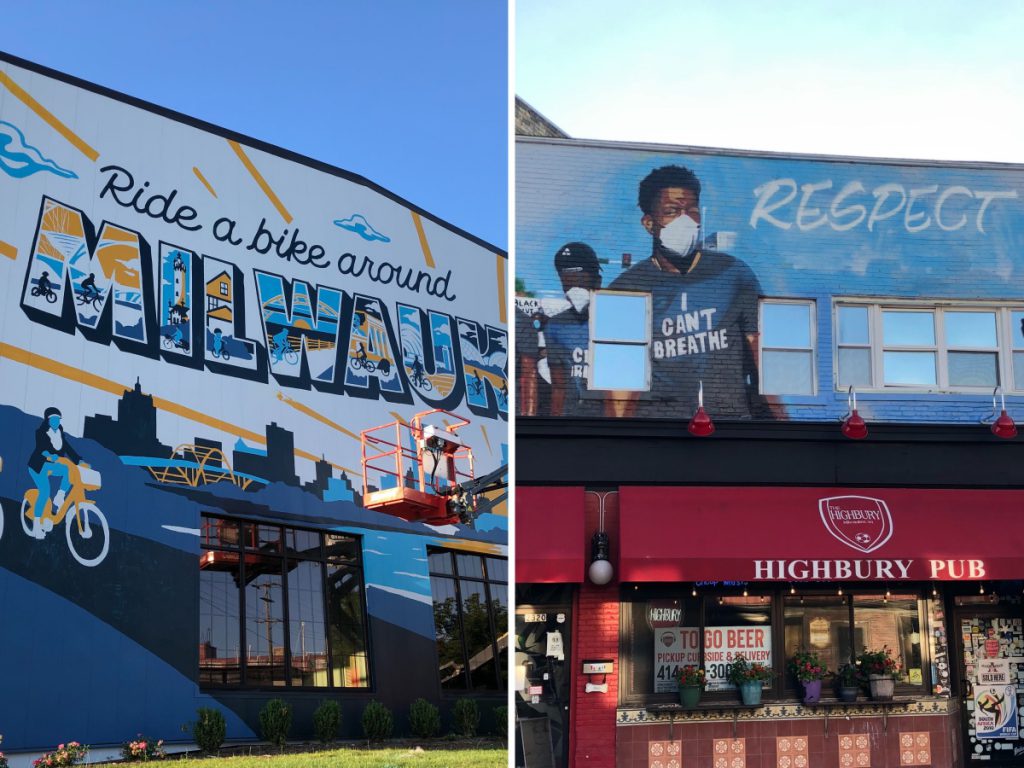 Two new murals have popped up in Bay View in recent weeks, part of a citywide trend to replace blank surfaces with public art.

The first, painted on the second floor of the building at 2322 S. Kinnickinnic Ave., merges the city’s most visible sports star, Giannis Antetokounmpo, with a message of social justice.

Commissioned by building owner Joe Katz, who also owns The Highbury Pub on the first floor, the mural features Giannis walking alongside brothers Alex and Thanasis, all sporting “I Can’t Breathe” t-shirts. The Antetokounmpo brothers joined other Milwaukee Bucks players and protest marches on June 6th.

Designed by Jeff Redmon and painted by Ruben Alcantar, the mural features the word “respect.” Katz, in announcing the piece, said it’s designed as a reminder for when the media moves on.

Alcantar works at the Black Rabbit Tattoo Collective on the building’s second floor and has also been involved in painting other social justice murals across the city, including one intended to be part of an “outdoor museum” at N. 14th St. and W. Vliet St.

It’s the third mural to feature Antetokounmpo. The first was painted in 2018 just south of Bay View. A second was added last year in Walker’s Point.

Ride A Bike Around Milwaukee Mural

A few blocks northwest Sydney Romero and Alison Galarza are leading the painting of a large mural on the north side of Wheel & Sprocket‘s new headquarters and bike shop, 187 E. Becher St.

“Ride a bike around Milwaukee” reads the multi-story piece, which features two individuals on bicycles riding in front of the downtown skyline and Hoan Bridge. The mural uses the color scheme from the People’s Flag of Milwaukee.

Tessa Lukic-Kegel has coordinated the painting crew, which includes two of her siblings, Wheel & Sprocket co-owners Noel Kegel and Amelia Kegel-Bosco, and other friends and family members.

The family-owned business will open its new bike shop in the building as soon as inventory is available, bicycles have been a hot item during the pandemic, but other aspects of the building are already operating. The Bicycle Federation of Wisconsin has opened its office in the building.

For more on the 24,000-square-foot building, constructed in 1919, see our coverage from November. 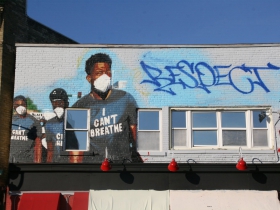 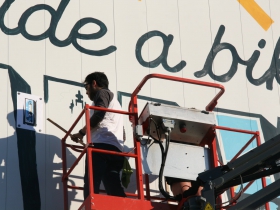 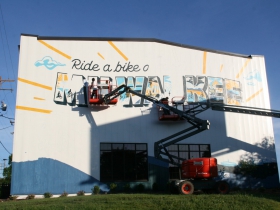 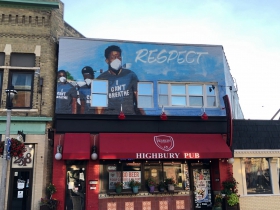 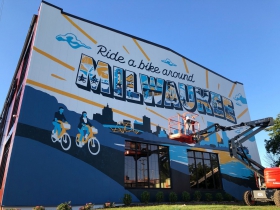