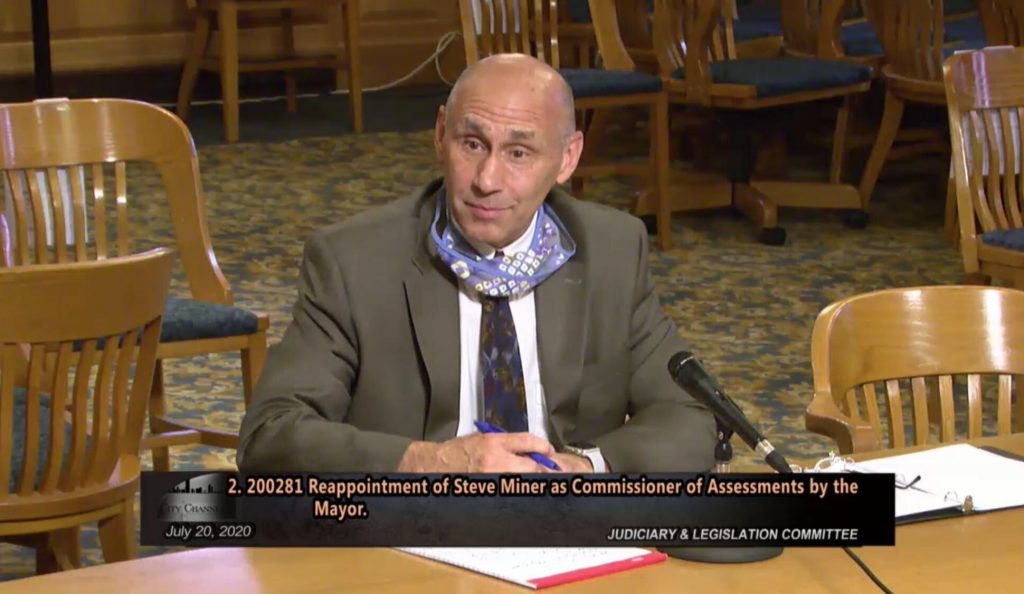 With little explicit explanation as to why, the Milwaukee Common Council could effectively fire Assessment Commissioner Steve Miner.

The position is one of many that Mayor Tom Barrett has to appoint following his re-election. Miner has held the post since 2015.

Residential property assessments, which under state guidance are supposed to reflect pre-pandemic values on January 1st, are up an average 11.95 percent across the city. That isn’t sitting well with many city residents, including a number of Common Council members.

Miner couldn’t produce an exact count of the number of appeals filed as a result, even though they were due in May.

“At this point we don’t have a formal count on the number of appeals because we are still entering the data,” said Miner. He estimated the number to be at least 3,000, a total which would be almost double the 1,571 filed in 2019.

“We have a team of about six to eight people entering the data. It hasn’t been finished yet,” said Miner.

Miner said his office needs to complete the work by the end of September to meet an October deadline. An assessor reviews each appeal and can negotiate a compromise based on data with the property owner. If an agreement isn’t reached or if the city doesn’t complete its work in time the case moves to the Board of Review.

“Generally speaking we have a very low percentage of residential properties that go to the Board of Review,” said Miner.

Two of the hot spots for increases are the east side of Harambee and west side of Bay View.

A rising demand for homes in these areas is driving the increase in values, Miner said. “The demand is so much more than the supply and quite frankly we are seeing the trend continue,” he said. “What’s happening up in Harambee is the sales are continuing past the 2020 assessments.”

Hamilton asked Miner about the department’s equity practices. Miner said he was leading the implementation of Government Alliance on Race and Equity (GARE) principles and had spent much time working to improve hiring practices. He said he’s working with a national assessor association to develop a toolkit of best practices. “We are making progress, but we still have more to do to make the staff and leadership team more representative of the city.”

Alderwoman Nikiya Dodd said she would abstain from any committee vote on Miner because he previously did not respond to an email and she wanted the chance to meet with him before the full council meeting on July 28th. Miner said he would welcome that meeting.

Seeing no more questions, Hamilton said he would entertain a motion. None of the committee members moved to approve Miner.

Without asking any questions of Miner, Ald. Robert Bauman moved to “place on file” Miner’s reappointment. The move wouldn’t immediately fire Miner, but would require Barrett to find a new appointee.

Bauman’s motion failed, only garnering his vote and that of Murphy. Hamilton and Ald. Scott Spiker voted against it. Dodd abstained.

Dodd then moved to hold the matter, a move that would allow the full council to debate the file when it meets on July 28th. Her move encountered no opposition, but triggered a request for an opinion from the independent City Attorney on what would happen if the full council doesn’t act.

The Common Council is required to act on all mayoral appointments within 45 days. According to the city’s legislative management system, Miner’s appointment was made on June 16th, 35 days ago.

Miner has a week to lobby to keep his job. He faced many upset council members in early May shortly after the new assessments were announced. Ald. Mark Borkowski, citing the example of a home that jumped by $195,000 in assessed value, pledged to vote against Miner. Ald. Nik Kovac said the assessment process was using too many variables and as a result producing poor results. “I am trying to help you to figure out where it went wrong,” said Kovac, citing the example of nearly identical condominiums in the same building with divergent changes. Murphy and Ald. Milele A. Coggs expressed frustration that the process was entirely on paper.