At Random opening ice cream garden. And say goodbye to Fauntleroy and (for now) Comet Cafe. 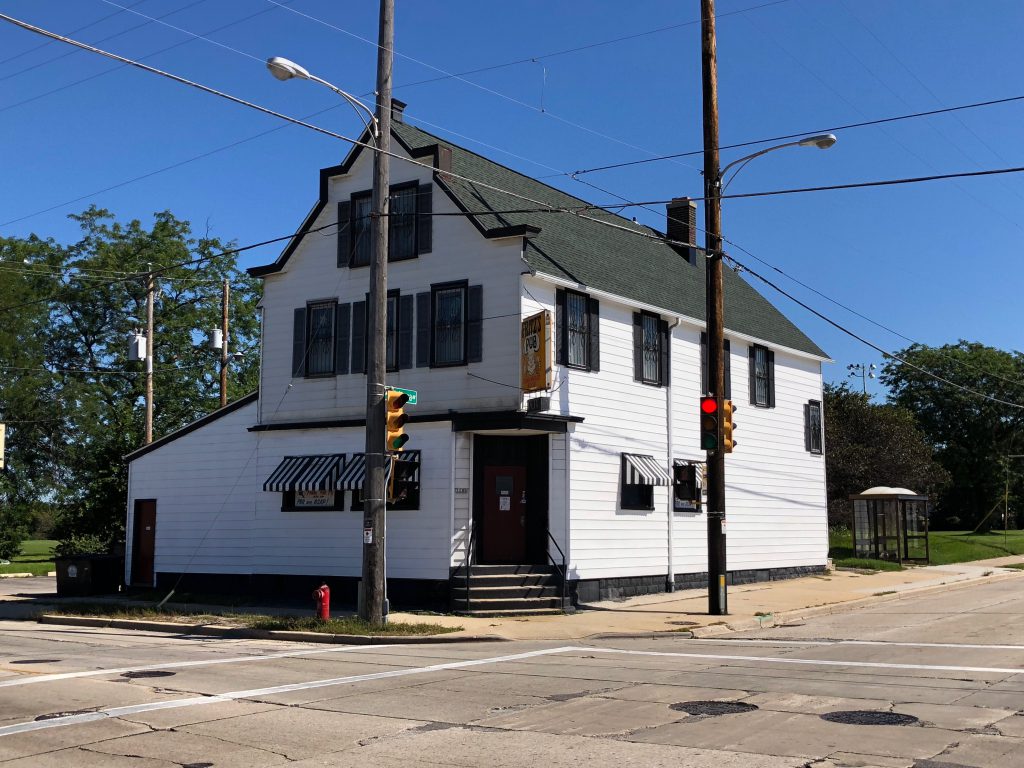 Asadero Fiesta Garibaldi, a new Mexican-inspired steakhouse, is currently being planned in the old Fritz’s Pub building located at 3086 S. 20th St. Fritz’s Pub shut its doors after an impressive 41 years of service last October, leaving many to mourn the loss of a community favorite fish fry. Valdemar Escobar, the new owner of the business, has plans to not only introduce new concepts, but honor the legacy of Fritz’s Pub. OnMilwaukee’s Lori Fredrich reports:

Although the timeline for opening is still likely months away, due to the uncertainty of the COVID-19 pandemic, Escobar says they’ve already made significant improvements to the property, remodeling the classic oblong bar, raising the low ceilings, refinishing floors and remodeling the kitchen, which will be be on display for diners at the bar.

“I always like to bring something new to the city with all of my restaurants,” says Escobar. “I travel a lot and when I see something that I like, I bring back different ideas…

He says he has hired an executive chef from Mexico who will oversee a menu of Mexican-inspired dishes, with a large emphasis on steaks and meats.

“We want to represent Mexican culture and community,” noting that the bar will offer a large collection of tequilas, with an emphasis on mezcal. “We will also be presenting a number of fine Mexican wines to pair with our premium cuts of meat.”

…Escobar says the menu will include other dishes, including tacos flavored with ingredients like bone marrow. The restaurant also plans to continue the tradition of the Friday night fish fry, using the recipe from Fritz’s Pub, which he purchased from the owners. 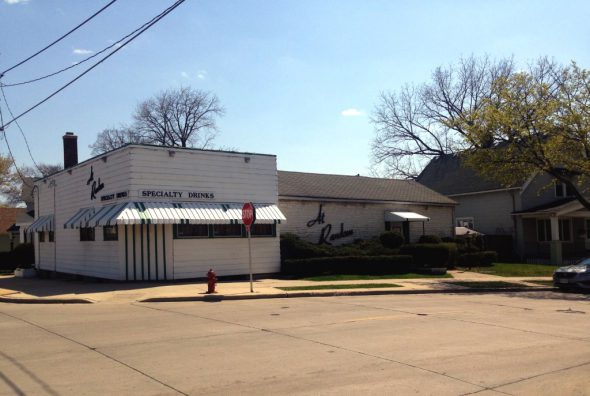 An open-air space outside of At Random, the craft cocktail lounge located at 2501 S. Delaware Ave., is currently under development and will be utilized as an “ice cream garden.” Aptly named Ice Cream Social, the outdoor space will serve as a patio for At Random and will serve ice cream cocktails and more. Fredrich reports:

“We always had a vision of doing a patio at At Random,” says owner John Dye, who purchased and rehabbed the longtime bar in 2018. “But we pushed it off because we wanted to go all-out and give people this fantastic outdoor space that really embodied a similar look and feel to what we have on the inside.”

But, as the pandemic wore on, Dye says he decided it was the right time to embark on a modified version of his dream patio.

“Our goal was to take the idea of a mid-century county fair that may have existed in this area in the past and bring it to life,” he says.

Picnic tables will offer seating for guests, who can escape for a while in a space fitted with retro umbrellas and multi-colored string lights and order refreshing drinks off a menu that will include ice cream cocktails, a limited selection of summer quaffs and a small selection of beers.

Once open, the tentative hours for Ice Cream Social are expected to be Tuesday through Sunday from 4 to 10 p.m.

Al Pastor, the Mexican restaurant located at 6200 W. Burnham St., is preparing to move into a larger space formerly occupied by Farmer’s Wife at 6533 W. Mitchell St. The move will add more seating and an expanded menu. Fredrich reports:

…Diners could be able to enjoy a meal at Al Pastor on Mitchell Street as soon as mid-August.

The move isn’t far; but it means significant upgrades for the small family run business, which will have the opportunity to graduate from its current 20-seat dining room to a significantly larger space…

Calva says they also have plans to expand their current menu – which includes classic Mexican breakfast offerings, enchiladas, tacos and numerous New Mexican specialties including alambre… to include additional appetizers, entrees and (for the first time) enhanced beverage offerings.

Al Pastor will be announcing the date for its temporary closure in the coming weeks.

The harsh realities we face as an industry moving forward as well as the difficulties of operating safely in a neighborhood that relies so heavily on large events has caused us to make this very difficult decision.

“We want to express our utmost gratitude to all of those who raised a pint with us. We were privileged to share in your celebrations and to be a small part of the big changes in our neighborhood over the past few years.

Though this location will be closing, the Ale Alysum brewery located in Madison (which has a separate ownership) will remain open.

Falling just short of being open for two years, the Third Ward’s restaurant Fauntleroy (316 N. Milwaukee St.), which blended French fine-dining with high volume rock music, will close its doors permanently due to the COVID-19 pandemic. The restaurant’s final day of service will be July 18. Fredrich has the scoop:

It’s a loss that will include not only human capital, but also delectable dishes like comforting (vegan!) French onion soup and well-executed staples like the Grande Royale with cheese. The closure also marks the likely end of a legacy of French food in the Historic Third Ward space, which was home to Coquette Cafe for nearly 20 years before the it closed in 2018.

“It’s a tough decision to make, but Dan [Van Rite] and I have decided that we have to close Fauntleroy,” notes co-owner and chef Daniel Jacobs. “We’ve pivoted twice, and we can’t afford – nor do we want to – to pivot again. We don’t know what the future holds, but in order to move forward, we have to take a step back. And we need to focus our brain energy on Dandan.”

The Mequon Public Market, which is currently open for curbside and carryout, is losing three of its vendors due to COVID-19. Bavette La Boucherie, Beans and Barley and Bowls have all decided to close their Public Market storefronts. All three have other long-standing locations that the owners have decided to focus on. Other vendors at this market will remain, including Anodyne Coffee, Cafe Corazon, Happy Dough Lucky, La Terre, Purple Door Ice Cream, Santorini Grill and Screaming Tuna.

Closing For Now: Comet Cafe and Fuel on Center St. 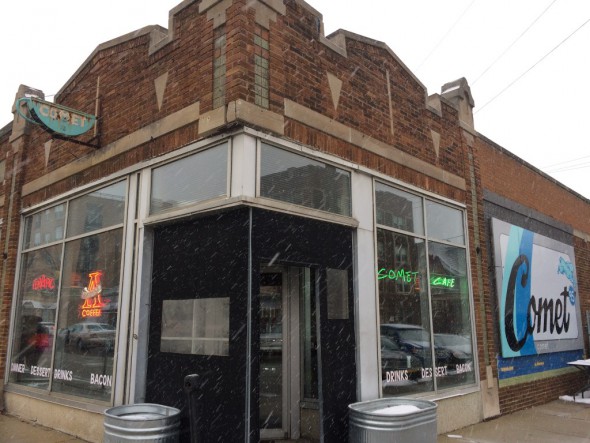 Two popular long-running cafes, both owned by the Mojofuco restaurant group, have closed indefinitely. Comet Cafe and Fuel Cafe have both closed due to COVID-19 and conflict between employees and management. The Journal Sentinel’s Sarah Hauer reports:

Comet at 1947 N. Farwell Ave. initially closed temporarily starting July 5. The restaurant said at the time it was to fix its ventilation system.

Comet employees said management has known about issues with the ventilation system for months and a few employees started refusing to work at the beginning of July.

About two dozen Comet employees had signed a letter to management outlining demands earlier this week about improving safety precautions for the coronavirus pandemic and the venting system. A small group of Comet employees met with [Leslie]Montemurro and her co-owner Scott Johnson Tuesday to discuss issues at the restaurant.

Bryan Bunce, who has worked at the restaurant for more than five years said the kitchen would routinely be between 110 and 120 degrees. Bunce said he had told management about issues with the ventilation system before the coronavirus pandemic forced the restaurant to close.