She's taking her exceptional knitting to the streets. 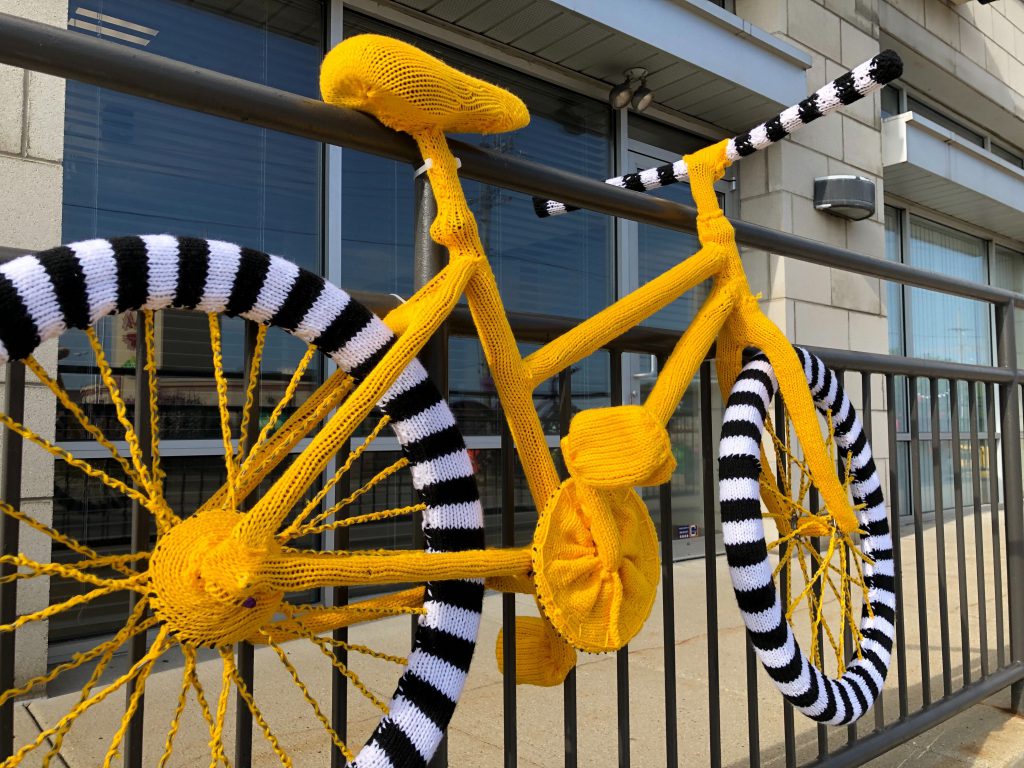 If you’ve traveled through Bay View down Kinnickinnic Ave. in the past couple of months, chances are that you’ve noticed the yarn-covered bicycles that adorn the railing of the Bay View Commons building. It’s quite difficult not to — the vibrant colored frames and striped wheels are eye-catching, and the way in which they hang on the railing sparks curiosity. The bikes are the result of a relatively new form of street art known as “yarn bombing” — like graffiti, but with knitting.

Martha Lund, a 69-year-old Bay View resident — is the artist behind this installation. In lieu of Bay View Gallery Night — Milwaukee’s largest celebration of art — being canceled, Lund took it upon herself to keep the spirit of the event alive with her most recent yarn bombing piece.

“I had been collecting bikes all year and working on them,” Lund said. “I wanted people to be able to drive by and enjoy it and not worry about going into a restaurant to see it like some of the other Bay View Gallery Night (exhibits).” 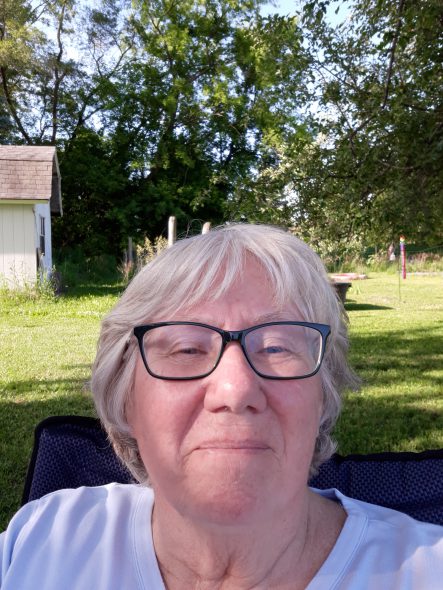 The idea for the yarn-covered bikes blossomed from her time participating in the United Performing Arts Fund (UPAF) Ride for the Arts sponsored by Miller Lite. Lund established a presence during those rides by decorating her bicycle with colorful yarn, covering every immobile piece. She had such a positive reaction from her fellow riders that it inspired her to begin collecting bikes for this project. In total, she acquired seven bikes — most of which were donated to her and will be returned to the owners, and one of which South Shore Cyclery had donated to her. Then, deciding on a location was easy — the railing in front of the Bay View Commons building is one she had yarn bombed in the past. Lund had developed a friendship with the owner of Southern Lakes Therapy through attending physical therapy sessions, and he fully supported her idea.

“I did these three fish (on the railing last year) to see if I could do it and that worked out well,” Lund said. “It works really well because knitting is flexible and you need support, so it was good to have something to anchor it to.”

Yarn is Lund’s sole artistic medium. She picked up knitting as a hobby when she was laid off from an accounting job five years ago.

“I wasn’t quite ready for retirement,” Lund said. “I was knitting for my grandchildren and so I thought, maybe I could make some extra money out of knitting?”

She began selling home-knitted clothing like hats and scarves at Sparrow Collective, an artisan boutique located at 2224 S. Kinnickinnic Ave. It wasn’t until she saw yarn bombing online that she decided to take her knitting to the streets.

“I’ve never considered myself an artist because I felt sort of intimidated (by the art scene),” Lund said. “But I’ve always had a knack for (working with my hands) and this has been a good opportunity to focus on my artistic side.”

Each bike took Lund two-to-three weeks to cover in yarn. She did all of the work herself, aside from having her husband and a friend hold the bikes in place while she tied them to the railing. The knitting was finished at home, an aspect that made this project easier to put up than her previous yarn bombs, which were knitted on the spot to the railing.

“Although I was getting sick of storing seven bikes in my house,” said Lund with a chuckle.

The bike installation will remain on display until Labor Day. Lund has plans to potentially turn her yarn bombing into a business — an idea that stemmed from a friend asking her to cover a flamingo lawn ornament in yarn.

“I stuck the legs into a log I got off of the beach and it turned out really cute,” Lund said. “I was thinking maybe this could be the next adventure for me — to make things like that.”

Wherever Lund’s knitting ends up taking her, as long as she stays busy and keeps creating, she’s satisfied.

“It’s fun for me and it’s fun for other people to see it — plain and simple,” Lund said. “I’m just a grandma at home knitting.” 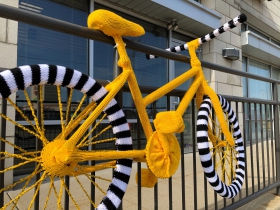 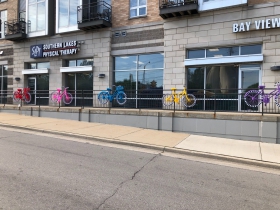 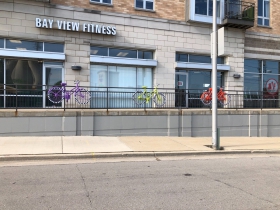 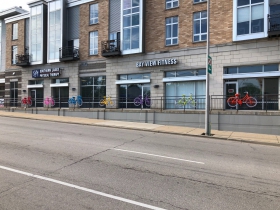 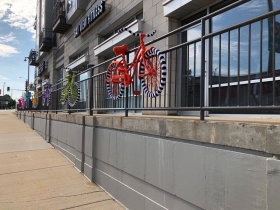 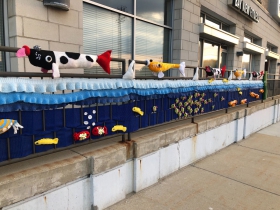