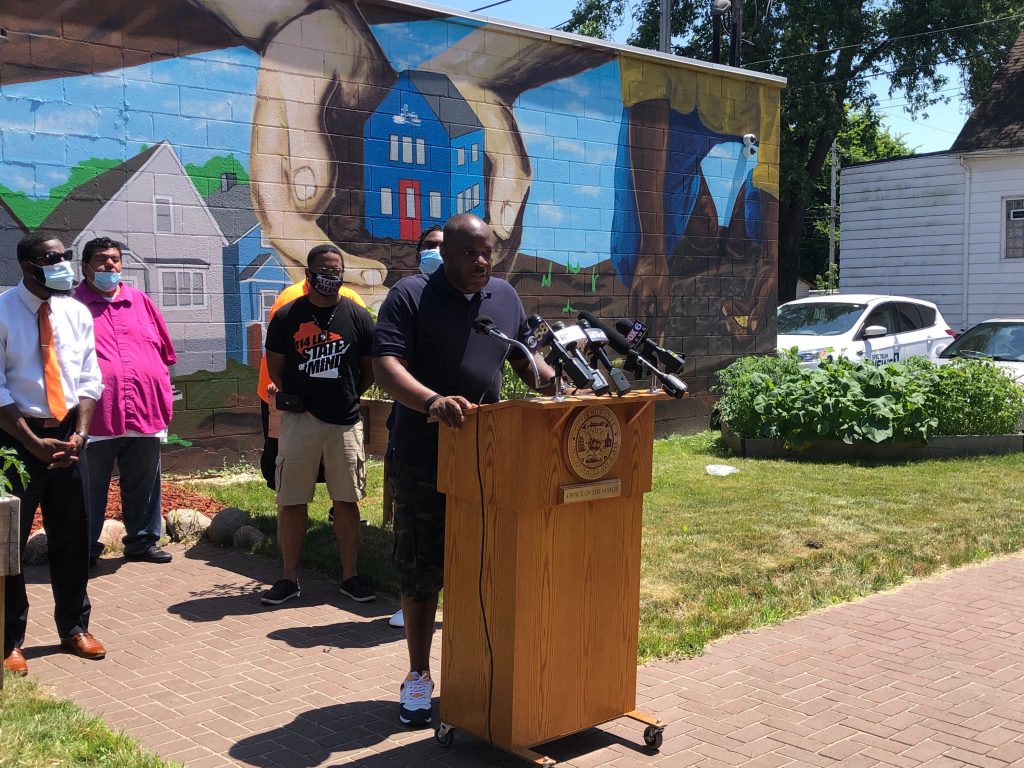 Milwaukee enters Independence Day weekend in a position no one wants to be in. The city has recorded 86 homicides in 2020, double the 43 recorded through the same date last year. The total matches the full-year total from 2014.

The number of non-fatal shootings has gone from 182 to 273 year over year, a 50 percent increase.

It’s a dramatic change from January, when officials gathered at City Hall to announce that the homicide rate had fallen for four years. But the message is the same, the violence has to stop.

“We as a community have to come together to reduce the violence in this city,” said Mayor Tom Barrett on Friday at a press conference at S. 18th St. and W. Mitchell St. “We cannot sweep it under the table and say ‘oh, we don’t have time for that right now because there are so many other things going on.'”

Reggie Moore, director of the city’s Office of Violence Prevention, said there was originally hope that the pandemic would slow the homicide rate, which was already up versus 2019. That didn’t happen, and multiple reports have shown gun sales, domestic violence and drug overdoses are increasing. Moore said the city is one of many experiencing an uptick in violence.

“We are being challenged in ways we have never been before,” said Barrett.

“It is very clear we have to do things differently,” said Moore. “It has to be an all hands on deck effort, although we each have our own lane.”

Council President Cavalier Johnson and Barrett said there needs to be change, and the protest movement is pushing forward the energy for it. “We have to use all of that positive energy and use it for good,” said Johnson.

“Fundamental change is necessary, there is no question about it,” said Barrett, ticking off a list of maladies including racism and economic disparities.

Derrick Rogers, head of the city’s 414Life violence interruption program, said the group continues to make progress, but needs support. “Obviously we have not gotten to everything, but the effort is being made,” he said.

“We owe it to ourselves,” said Mendoza.

How does this impact a very public discussion on reallocating funding from the police department towards public health? Moore diplomatically said that was a question for policymakers. Barrett said the city couldn’t have a police officer on every corner even if it wanted to, nor could it afford a violence interrupter for every corner. But Barrett and Johnson both, at different points in the press conference, said more resources needed to go towards public health.