New approach with many stakeholders paying off, but work nowhere near done, says mayor. 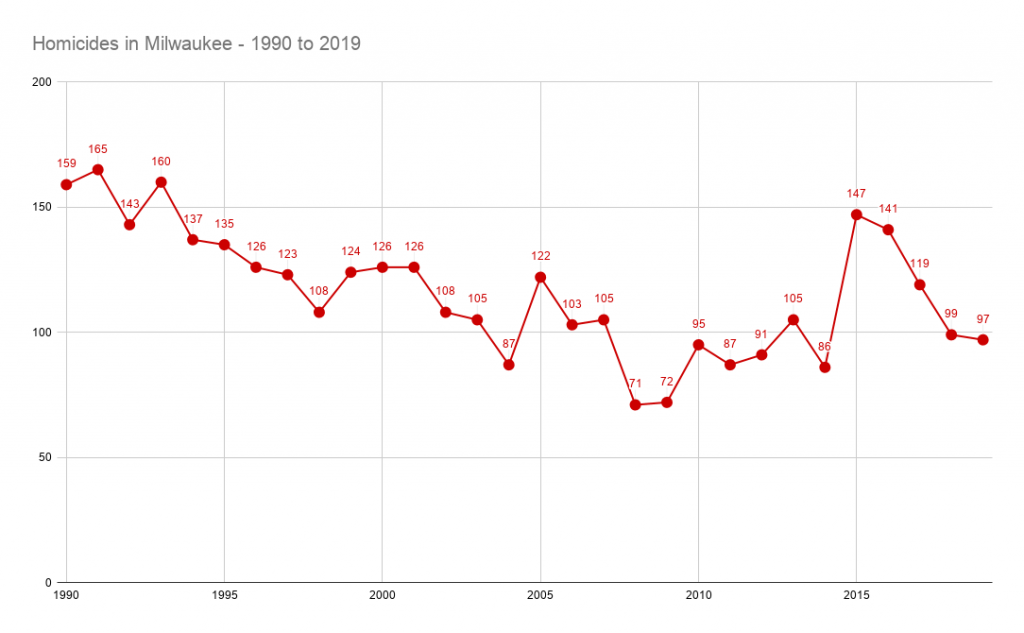 Milwaukee’s murder rate has fallen over the past five years, but work remains to be done.

“This is not a ticker tape parade, we have not arrived,” said Common Council President Ashanti Hamilton at a Monday morning press conference at City Hall.

“We are here not to celebrate, we know that even with the dramatic decrease in homicides there is still too much violence in parts of our city,” said Mayor Tom Barrett. “One homicide is one homicide too many.”

After the city’s homicide total surged to 147 in 2015, the highest since 1993 and reversal of a multi-decade steady decline, city officials started talking about approaching the problem differently.

“We are taking a more multi-faceted approach to violence,” said Barrett. The effort, guided by the Blueprint for Peace plan in 2017, puts a focus on collaboration with organizations beyond law enforcement agencies.

“It is important that we approach this as a public health issue as well as a public safety issue,” said Barrett.

“This is truly a team effort,” said the recently reappointed Morales in a brief statement. “The difference between a homicide and a non-fatal shooting is a couple of inches.” He praised the work of the Milwaukee Fire Department and other first responders. “We have a long way to go, but we have community partners throughout the city.”

“We are doing things differently. We are getting results,” said Kowalik. She said addressing mental health, domestic violence and opioid addiction would further reduce the rate and improve the city’s health.

“I don’t think it’s by chance that the reductions we have seen in violent crime across our city have coincided with the entire city’s commitment to taking a collaborative approach to addressing this issue,” said Moore. The Office of Violence Prevention works to build relationships with stakeholders and “break down silos.”

Moore stressed that more can still be done, especially to save the lives of children. Of the 97 homicides in 2019, eight of the victims were under the age of 18. Three were only months old when they were killed by a domestic abuser and five were killed by guns.

Coggs said the situation reminded her of an African proverb of ants working together to slay an elephant. “I think violent crime in our community has been the elephant,” said the alderwoman. She compared the citizens to ants that are increasingly moving in the same direction.

Angresano discussed how the city can take even bigger steps forward. “It’s not simply law and order, though of course they play an incredible role. Build a community where people are thriving and you will see the numbers go down further,” said the United Way vice president. She said jobs and safe schools would also be necessary to create a safer, healthier city.

Part of that is simply perception, said Angresano. “I think if you asked general people, particularly in the suburbs, they will say violence is up.” She said stories about tragic incidents were the easy ones for the media to pick up and spread. “What you don’t see, what’s harder to tell is those stories of prevention.”

What’s the goal for 2020? “This 33 percent is something to be proud of for us all, but it also gives us a number to beat for next year,” said Coggs of the five-year reduction.

Barrett is also looking at another number: “In 2015 Milwaukee was considered one of the top 10 most dangerous cities in the country; by 2018 we dropped to number 17,” said the mayor. “I would rather be 117, but we have to acknowledge as we go from the top 10 to 17 is a significant change.” 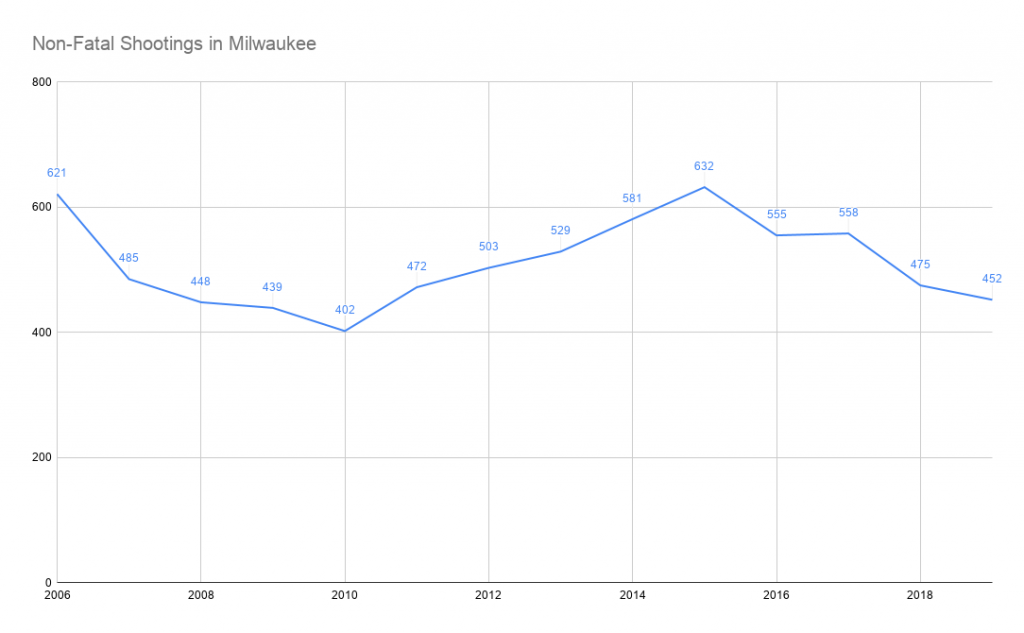