What Should Or Shouldn’t Be in Milwaukee Mask Mandate?

Council debates ordinance before its written. 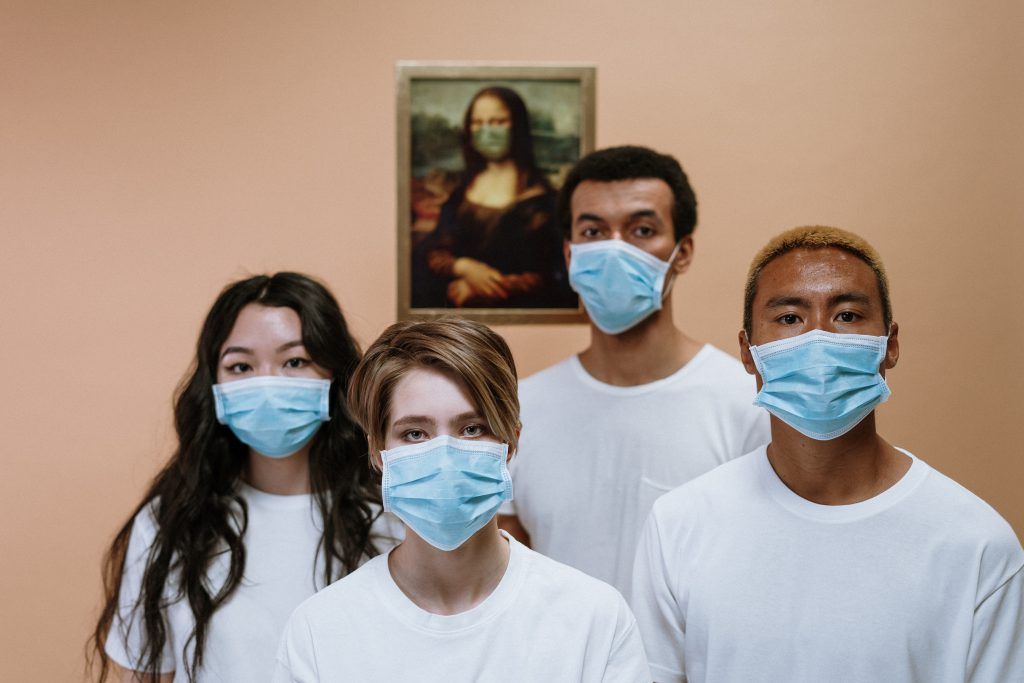 There is not yet a publicly-available draft of a mask mandate for public spaces in the city of Milwaukee, but the Common Council is already debating the potential details.

An actual mandate could be adopted as early as next week, but other officials fear it could drag on for weeks, if not months. “Time is not on our side,” said Alderwoman Marina Dimitrijevic, the measure’s sponsor. The proposal, at least conceptually, would require some kind of face-covering in all public spaces in an attempt to slow the spread of COVID-19.

“If we have to wait until after the August recess we’re going to lose valuable time,” said Health Commissioner Jeanette Kowalik of the council’s annual break and the need for action.

“We seem to be moving at warp speed on something generally we can all agree on, but it’s fraught with different inconsistencies,” said Alderman Mark Borkowski.

The committee spent just under two hours Thursday debating what should and shouldn’t be included in the policy. The alderwoman said her goal is to introduce a draft at the full council’s July 7th meeting and have the proposal referred for special meetings to speed up its adoption. She’s working with the Milwaukee Health Department, Legislative Reference Bureau, City Attorney’s office and Mayor’s office to draft the measure.

“We want this ordinance to be compliance-based, we are not looking to run after anybody,” she said.

Why doesn’t the commissioner just add the mandate to her existing Moving Milwaukee Forward order? “Honestly I wanted to include this in phase four,” Kowalik told members of the Public Safety & Health Committee on Thursday morning. But she said the City Attorney’s office and others have found it would be more enforceable if it originates from the city’s legislative arm.

Kowalik said the science in favor of wearing a mask to slow the spread of COVID-19 is straight forward. “Who should wear masks? Basically, if you can wear a mask, you should wear a mask,” she said. “Masks should be worn anytime that you’re out of your house, that’s whether you’re inside or outside, when physical distancing cannot be maintained.” She said while N95, personally-fitted masks are the “gold standard,” cloth masks have also proven to be effective.

But Borkowski is concerned with how broad the mandate could be.

“If you’re outside in perpetual motion, why should someone wear a mask then?” asked Ald. Borkowski.

“A lot of it has to do with exertion,” said Kowalik. “If you’re exercising you’re going to be huffing and puffing, at least I am.”

“We are still learning more about the virus, we don’t know if you someone if they’re going get a whiff of your viral matter and then they’re going to get it,” she added.

In response to another outdoor mask requirement question, she said “that part hasn’t been hammered out yet.” Kowalik and Dimitrijevic said they’re looking at mandates in different cities. According to data presented by Kowalik, 38 states have requirements. She said Wisconsin is one of three states without a requirement at any level.

“The outdoor thing in my mind is going to be a nonstarter,” said Borkowski.

The southwest side alderman is concerned about neighbors reporting others. “I think my colleagues can appreciate that we all have constituents that don’t get along with their neighbors,” he said. “They’re going to flood hopefully the non-emergency number, hopefully, good god if they call 911 that’s going to be ludicrous.”

“This is about protecting the community, this is about slowing the spread of COVID-19. We have been looking at what the best way to go out about enforcement,” she said. Kowalik and Dimitrijevic said enforcement would start at the business level, where the city can suspend or revoke licenses.

None of the council members expressed concern with an indoor mandate.

“The argument for wearing a mask at least indoors and in areas where it’s harder to get that distance really is simple,” said Ald. Scott Spiker, noting it slows the spread and is a minor inconvenience. “That’s it, that’s the whole argument, wear a mask indoors because it’s not that big of a deal because it slows the spread of the virus.”

But he also raised the problem of indoor versus outdoor enforcement.

“When we craft this thing, clarity is going to be essential,” said Spiker.

After learning that the Milwaukee Health Department has given away 12,000 masks, Alderman Khalif Rainey renewed his longstanding push for the city to provide more personal protective equipment to residents. He noted each council member has approximately 40,000 constituents. “I think we’re putting the cart before the horse,” he said. “I just have some trepidation about how we’re moving forward given that the fine is $500.”

But the fine might not be $500, that figure came from a reference by Kowalik of what the fine was for violating the state’s Safer at Home order. She said the city favors education, not enforcement, and the enforcement primarily was to come when someone was committing another crime.

Ald. Chantia Lewis said she supports wearing masks, but wants to see a city marketing plan. Referencing her observation of minimal mask wearing at Bradford Beach and protest marches, she said there needs to be citywide advertising to promote wearing a mask. But contact tracing is linking more cases to parties than marches, a fact referenced by Dimitrijevic and Rainey.

Ald. Jose G. Perez said there needs to be an education campaign for the city’s younger residents. “Everyday at the parks we have huge groups gathering,” said Perez. He said he regularly sees large crowds at Pulaski Park near his house and even when they were broken up by sheriff’s deputies, they quickly returned.

She also asked if and when the mandate would sunset. “The way it will be drafted is it will be in accordance with the current health order from Commissioner Kowalik,” said Dimitrijevic.

The council members aren’t the only people that have weighed in. The city has received 359 written comments, with 145 in opposition. A letter was also submitted Tuesday by 75 businesses that called for a citywide mask mandate for public spaces.

With nothing to vote on, the committee held the communication file for a future meeting. A new file will be created to reflect the proposed ordinance.

One thought on “City Hall: What Should Or Shouldn’t Be in Milwaukee Mask Mandate?”