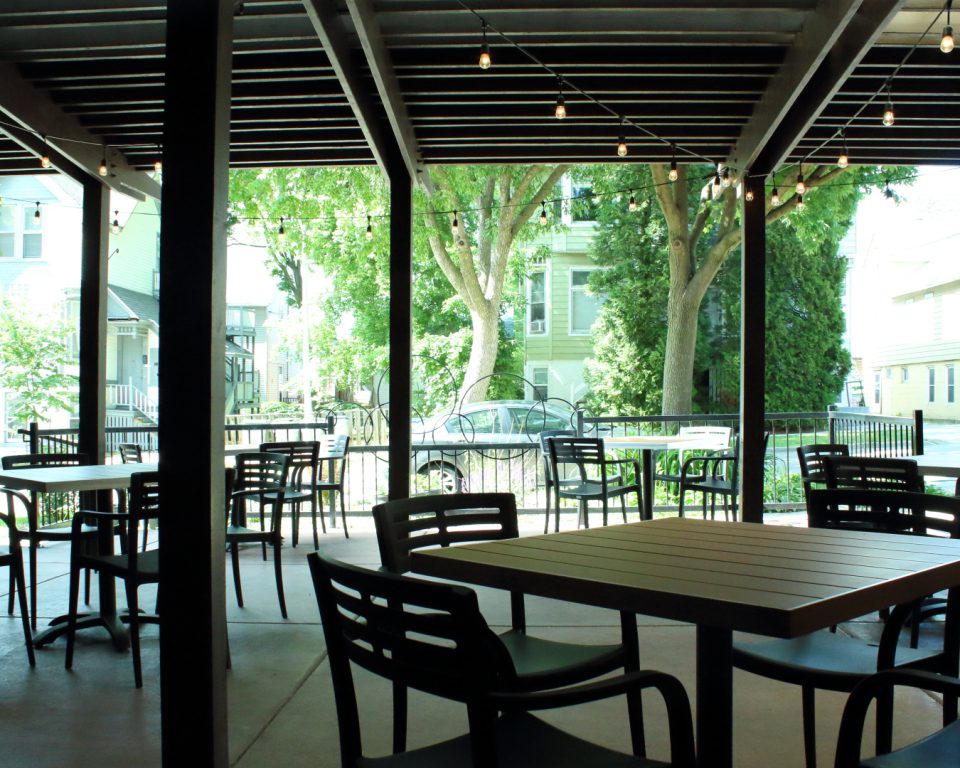 Executive Chef Vinny Cornils and co-owners Eric and Craig Rzepka had been working hard on translating the restaurant’s menu into one appropriate for takeout ever since the restaurant temporarily shut its doors on March 15. Typically, The Original would serve entrees like a grilled bone-in tomahawk porkchop served with a vegetable and a puree or a smokey, vegetarian spin on a ragout. Price points for entrees would run anywhere between $20 and $40 and always had a recommended beer and cocktail pairing. The pivot to takeout has seen the restaurant instead focusing on food that would travel well without overcooking or turning into a mess, and more appropriately priced with most items running under $30.

“Essentially, when (Eric and Craig) approached me about a takeout menu, I just thought about all the simple things I like to eat that are very delicious,” says Cornils when asked how he planned out the new menu. “I’ve always been a big fan of my fried chicken — that’s our best seller.”

The shutdown in March gave Cornils the free time to experiment with his new menu. For inspiration, he began teaching a loose cooking class with his friends via Zoom video calls on Saturdays.

“We did fried chicken with biscuits and gravy, ramen and dumplings, homemade pizza, homemade gnocchi,” says Cornils. “All that stuff kind of translated to the new menu and got my creative juices flowing.”

Those familiar with the restaurant’s Neighborhood Nights event series — a once-a-month occurrence where the elevated atmosphere of the restaurant was brought down to a more casual setting with a burger or po boy menu to match — will feel right at home with the new takeout menu. Cornils recommends the Milwaukee Melt — a quarter-pound burger on rye bread with fried onions, American cheese, bacon and a beer mustard aoli.

“You don’t traditionally see bacon on a patty melt, and who doesn’t like bacon?” says Cornils.

He also boasts that he would put his fried chicken up against any other restaurant’s. For $20, customers will get four pieces of chicken and a choice of two sides: coleslaw, green beans, grits or mac ‘n’ cheese. The breading is pure corn starch mixed with seasonings, making it gluten-free. For dessert, Cornils has a rotating selection of baked fruit pies. If a 24-hour heads-up is given, he can have a whole pie prepared for customers.

Patio dining is a streamlined process at The Original that follows guidelines set by the state of Wisconsin. The restaurant asks that if you would like to eat on the patio, place your pickup order as you normally would, but tell them that you’ll be dining on the patio, in which case a table will be reserved. Disposable plates and cutlery will be used, and tables are all spaced at least six-feet apart.

And for a restaurant with an almost-overwhelmingly expansive cocktail menu, it should come as no surprise that it plans to roll out to-go cocktail kits in the near future. Eric says he is working on three large format kits: a house Manhattan, a house Old Fashioned, and either a Magroni or Boulevardier. Kits will come with a full, sealed bottle of liquor and all of the fixings necessary to make anywhere between 10 and 13 cocktails depending on the kit. Eric notes that the first one that he plans to introduce will be the Old Fashioned, and eventually will put together video tutorials on how to make cocktails The Original way and post them on Facebook and Youtube. Those looking for something a little smaller can also expect to see some cocktail kits for two, which will feature smaller airline-sized bottles of liquor at a lower price point.

“We’ve done a summer-seasonal watermelon-based champagne cocktail that would travel well,” Eric says. “We made simple syrup from fresh watermelon then added champaign, lime juice, bitters and tequila. That’s one I’m hoping to roll out within the next week or so for the kits for two.”

The Original opened in the fall of 2017 in the building previously occupied by the Red Dot — a pub-style restaurant known for its authentic take on poutine. Eric and Craig purchased the building from Red Dot owner Martin Beaudoin, an aspect that helped the restaurant stay afloat while it pivoted to take-out only as they weren’t leasing the space. Cornils, who had previously worked as a sous-chef at the Asian-fusion restaurant Easy Tyger, was brought on for his first role as an executive chef when The Original opened. Since then, the restaurant has rotated its food and cocktail menus seasonally, keeping things fresh, exciting and original.

The COVID-19 shutdowns gave the Rzepkas time to update the space, fine-tuning dining room furniture, building shelves and laying down fresh coats of paint. One of the final reminders of the Red Dot, a large red wall towards the back of the restaurant, was finally painted over to match the aesthetic of the dining room. It’s a sign that despite the hurdles that COVID-19 has thrown the young restaurant, The Original is here to stay. 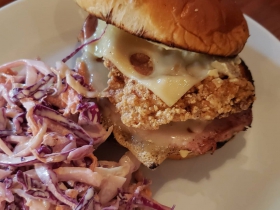 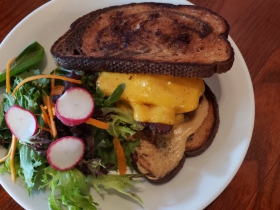 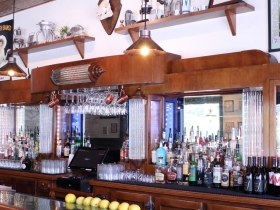 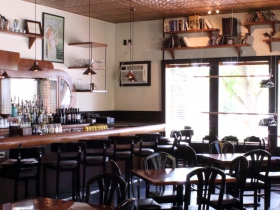 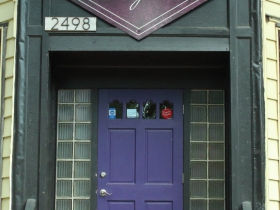 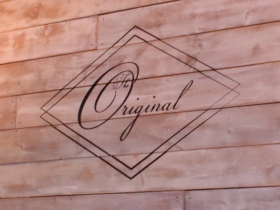