45% in State Have Put Off Medical Care 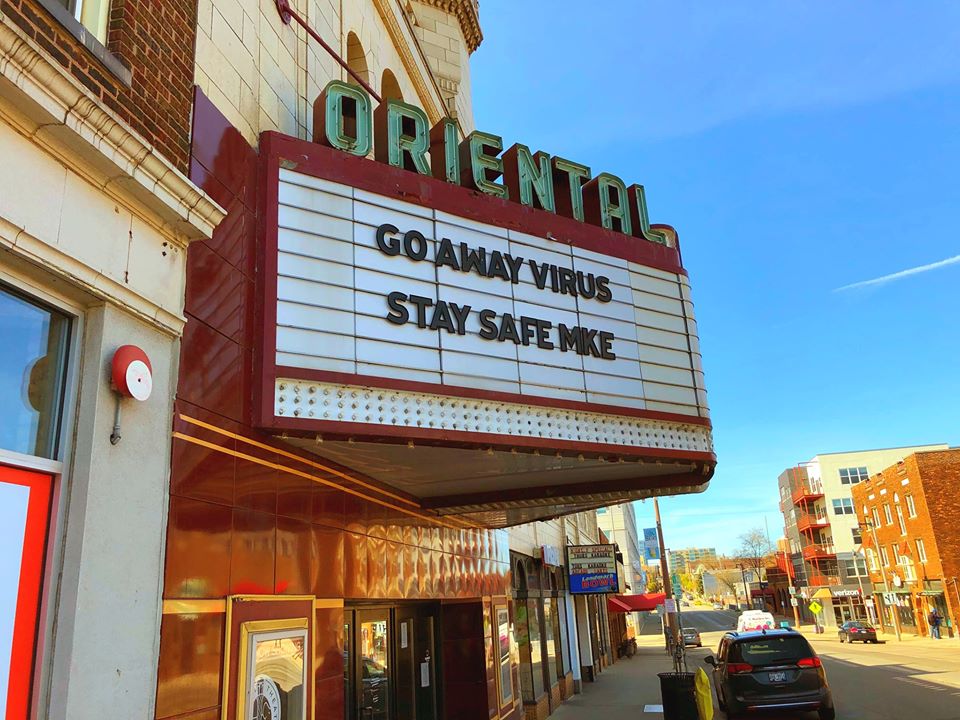 The Oriental Theatre during the COVID-19 pandemic. Photo by Dave Reid.

Nearly half of Wisconsin residents in a federal survey say that they’ve put off medical care because of the COVID-19 pandemic, and more than one in five are looking ahead to someone in their household losing a job or having their hours cut.

Those are some of the newest findings in the U.S. Census Bureau’s weekly survey of households to assess the economic impact of the pandemic. The survey has been conducted for seven weeks so far.

Along with 45% of people who have reported putting off medical care and 21.2% who anticipate losing employment income, housing insecurity is another major cost of the pandemic, according to the survey. Nearly 18% of Wisconsin residents reported in the most recent week that they had either missed their last monthly rent or mortgage payment, or they expected to miss their next one.

Additionally, 7.3% of the state’s households in the survey reported that in the last week they weren’t able to get enough to eat, either “sometimes” or “often.”

“The pandemic’s dual health and economic effects are obviously profound and have revealed the inadequacy of our public health system, the racial and class disparities that consistently lead to inequity in outcomes, the over-politicization of basic government functions, and a safety net stretched far too thin,” says Mike Bare, research and program coordinator at Community Advocates Public Policy Institute in Milwaukee. The Census Bureau data underscores those points, he says.

“I think this really points to the need for additional federal aid,” says Tamarine Cornelius, an analyst for the Wisconsin Budget Project, sponsored by Kids Forward, a Madison organization that researches and promotes policies to help families, especially those living in poverty and families of color.

“I think if we had an economy that more broadly shared the benefits of growth, right now we’d be in a better position,” Cornelius added. Until the pandemic led businesses to slow down or shut down temporarily, the state and national economy saw significant economic growth, “but it’s really only getting funneled to the very top,” Cornelius says. “So when there’s a crisis, people don’t necessarily have a lot of cushion to fall back on.”

The Census Bureau regularly conducts household surveys, but started producing the “Household Pulse” survey as a special project since COVID-19 emerged and began spreading in the U.S. So far it has accumulated seven weeks’ worth of data.

While the reported financial struggles are dramatic, they haven’t yet shown much change from week to week. The numbers also lack any baseline pre-pandemic information, so the bureau’s report doesn’t provide a comparison between what people are reporting currently  and what most households were experiencing in the past.

“This dataset is useful, but incomplete without a baseline from before COVID-19 hit,” says Bare. “We know that demand for housing assistance, food assistance, and mental health care have risen dramatically, and too many people have gone without needed medical care.”

Without The federal Coronavirus Aid, Relief and Economic Security (CARES) Act, “the suffering could also have been much worse,” says Bare.

At the same time, Cornelius says, the CARES Act hasn’t been enough, and some provisions — such as a $600 weekly bonus that goes to the unemployed — will be expiring soon. Under usual circumstances in Wisconsin unemployment compensation doesn’t cover a worker’s total lost wages. At the same time, for people out of work, “the ability to go out and find a job right now is pretty limited,” she says.

Various proposals have been offered to provide a new follow-up bill to the CARES Act, but so far they appear to be stalled in the Senate. “Mitch McConnell has been pretty emphatic that he does not want to see another stimulus package at this time,” says Cornelius, speaking of the Senate majority leader.

Besides extending the supplemental unemployment pay, she said, a new federal bill would be an opportunity to expand SNAP benefits — also known as supplemental nutrition or food stamps.

Any household that included at least one undocumented immigrant was denied the $1,200 one-time stimulus check in the last CARES Act legislation — even though undocumented workers pay state and federal taxes. Adding those households back in for that program could also be part of a new bill, she says.

Cornelius says that another challenge that the federal government needs to address is the possibility of direct aid to state and local governments that have seen a drop in tax revenues because of the pandemic’s hit to business.

Aid of that kind to local communities and to the state was part of the economic stimulus legislation enacted after the 2008 stock market collapse, she says, and it’s important because state and local governments provide services locally needed services.

Without resources to bolster them, “States are going to have to shut down important services for families and communities,” Cornelius says. Lacking the needed funding, “there are going to be a lot of austerity measures. That will double down on the economic effect of the pandemic.”