Crazy Nachos Is About More Than Food 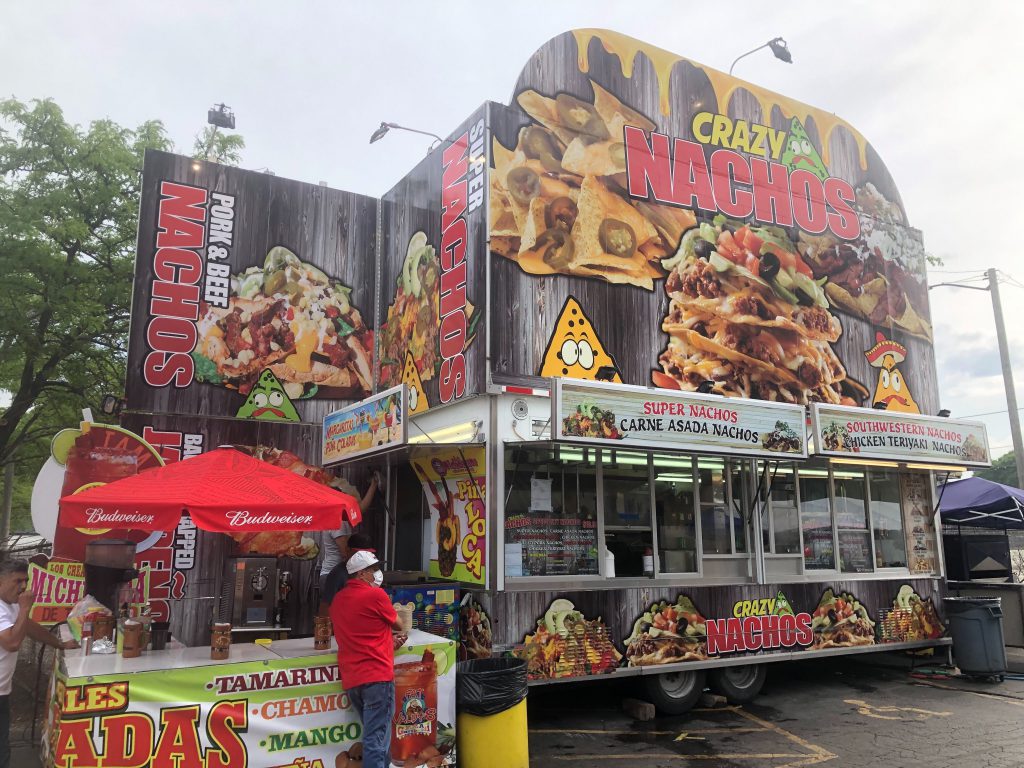 The very idea of nachos is uncommon when you think about it. It is a very simple meal that fills you up, feeds many, is simple yet artistic. It is sort of like sushi in the sense of logistics, and there are basic ingredients that will make its bones. The soul of it is entirely on you. Take the new carnival-style stand outside of Fiesta Café, 1407 S. 1st St., just south of Greenfield Ave. and toward the south end of Walker’s Point.

Crazy Nachos, situated in the parking lot of Fiesta Cafe, looks like the entrance to a delightfully cheesy fun house ride, a place that doesn’t take itself too seriously. It is a new stand under the umbrella of businesses owned by Valdemar Escobar. He has a small Milwaukee empire, and operates Fat Valdy’s Bar & Grill De Fiesta Garibaldi on Blue Mound, Fiesta Garibaldi, a La Michoacana franchise, and the Chicken Palace restaurants in the city. I interviewed him about the nacho stand and he was very enthusiastic about not just the stand, but the entire parking lot. “The idea is to create a festival that keeps going year round, and really give the feel of an ongoing summer,” he explained. So you can summer all year here.

The nacho stand is enormous, a two-story tall food truck, meant to grab your attention and draw you near. The nacho choices range from utilitarian to adventurous. There are BBQ pulled pork, Chicken Teriyaki and Carne Asada. The plans are to turn it into a summer-long mini-festival, hiring bands to perform live music. “We want to have an inaugural festival on Father’s Day, and depending on how people respond, we will keep it going all year and maybe slow down in the winter, keeping the food trucks open,” he told me not long before Father’s Day arrived. Eventually, La Michoacana will sell ice cream and other sweet shops will have stands here as well. “COVID slowed down business, but trucks are a great way to keep the food train running,” Escobar says.

Situated directly outside from the nacho stand is a truck for Chicken Palace, which serves delectable tacos. Chicken Palace is famous for its rotisserie-style chicken that comes with sides and evokes the same model most chicken dinner restaurants employ, but the truck serves the chicken only in tacos, tortas and burritos.

Directly in front of the Chicken Palace is a Michelada stand, with the ultimate hangover cure, a drink consisting of Clamato, lime, salt, hot sauce (usually tamazula), Worcestershire sauce and your choice of beer. I always go for Modelo or Pacifico, for a truly beachy experience. The mix is heavy enough, so the idea is to go for a lighter tasting beer. This bar had premixed Micheladas in unlabeled plastic jugs, and they line the rims of their cups with Chamoy and Tajin. They are also great drinks for walking around a fair, or for sitting and sipping. This is a small bar, but there are many different flavors, such as mango and tamarindo. Escobar tells me he plans on adding another level to this bar, a literal second floor. “I want it to be seen from blocks away”, he laughs. He hopes to keep it running all year long, depending on how business goes in the summer months.

That is not all Escobar does, however, as he recently acquired Fritz’s Pub on 20th and Oklahoma, and plans to turn it into a bar that serves simple appetizers. Fat Valdy’s De Fiesta Garibaldi is known for their seafood in a Latino setting, as are all the Fiesta Garibaldis in Milwaukee.

The nachos and Michelada both did the job they sought out to do, kept the night going and awakened a thirst for more beer. Micheladas are meant to do just that, because more than one will give you immediate couch lock. They are meals themselves, meant to awaken your appetite or put it to sleep. This is true Milwaukee summering, and Valdemar understands how it should be done. 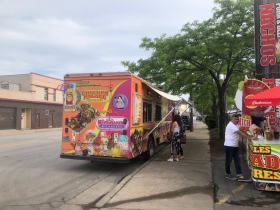 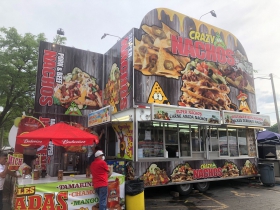 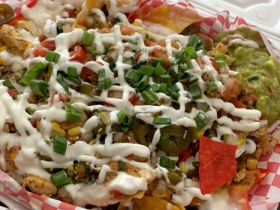