International Market Coming to South Side 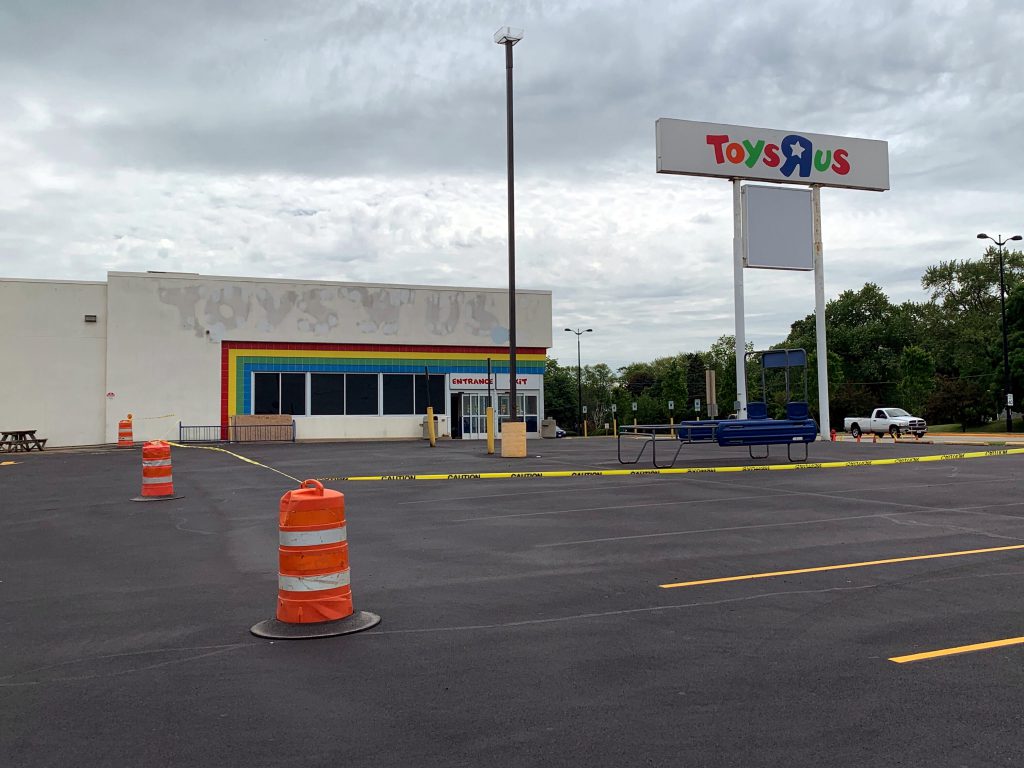 A large supermarket that will specialize in international groceries, meats and prepared meals with an emphasis on Hispanic items is planned for the former Toys “R” Us space located at 3920 S. 27th St.

Monterrey Market Plaza has submitted its alcohol beverage and retail license application and floor plans to the city and is planning to open in mid-to-late July. Documents submitted to the city suggested an opening date of June 15, but owner Robert Montemayor has confirmed that the date has been pushed back. It’s not the first time this has happened  — Montemayor says he had originally planned to open back in March.

“It got pushed back to April, then May, then June and now we’re at in the middle or end of July,” Montemayor says. “We’ve got a large investment in this and we believe a lot in the community, so we have to continue to move forward (with opening).”

Montemayor originally purchased the 38,000 square-foot building in May 2019 from the Chicago-based real estate agency Klaff Realty, LP for $2.65 million. He owns two other businesses — Angry Taco, a sit-down Mexican restaurant located at 735 N. Water St., and the original Monterrey Market, located at 3014 S. 13th St. The new Monterrey Market Plaza is four times the size of the first Monterrey Market, which is a 9,000 square-foot building. Montemayor says the high traffic and success of the original — opened 10 years ago — encouraged him to look for a second location.

“We’ve been looking for a second location for eight of those years,” Montemayor says. “This opportunity came up, and what better to be on then S. 27th St. — it’s such a high-traffic street and there’s not a whole lot of representation (for international grocery stores).”

Transforming the former toy store into a supermarket required a “night and day” change, according to Montemayor. Old tile that was laid when the building was built in 1968 contained asbestos and had simply been covered with new tile when the building became a Toys “R” Us. So Montemayor had to hire a company to go in and remove the asbestos.

“That was a challenge for sure, and a very costly one as well,” Montemayor says. “We ended up putting a brand new, polished concrete floor in.”

Other additions include a 30-foot hood ventilation system for the kitchen, an update to the electrical wiring to support walk-in coolers and a beer cave and changing all the lighting to LED. The building has an additional four units on the front end that will be occupied by a cell phone service company, a drive-through bank and a pharmacy. Montemayor declined to give exact names of the businesses. The fourth unit will be utilized by the market for its online orders.

When it opens and is fully operational, Monterrey Market Plaza will employ between 90 and 110 employees, almost double what the original market on 13th St. employs. With this new location, Montemayor wants to focus not just on Mexican cuisine — but anything international.

“It’s such a melting pot location, just like our (original) one,” Montemayor says. “Ultimately, if I can give you a flavor of each culture, why not? If we’re able to offer you a small component of whatever you’re used to, then that’s really the key.”

The new location will have butchers on site, but will focus more on selling packaged meats cut earlier that day rather than preparing specific cuts on demand — something that the original location specializes in.

“We’re going to have double the amount of employees, but also work a little more on being efficient in the way we’re doing things,” Montemayor says.

The Plaza will have a dine-in area for shoppers to stop and grab a bite to eat at the deli. A delivery system will allow shoppers to order groceries or prepared family meals from home. Shoppers can purchase cigarettes and alcohol at the store as well.

When Monterrey Market Plaza does open, employees will wear masks, wear gloves and follow proper hand-washing protocol, Montemayor notes. The store’s hours of operation are listed as every day from 7 a.m. to 9 p.m., but Montemayor is considering extending those hours to 10 p.m. instead.