The True Cost of War

Memorial Day is a time to reflect on millions of lives lost, trillions it has cost U.S. taxpayers. 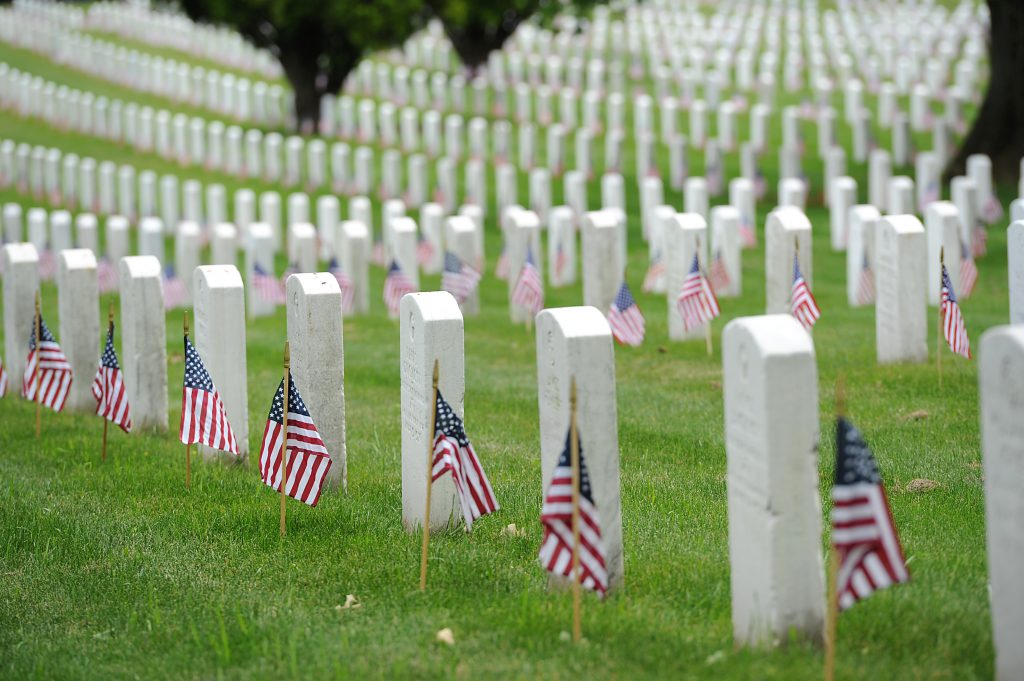 Today is a subdued Memorial Day, with virtual ceremonies and fewer, smaller gatherings. Perhaps the pandemic will give Americans some extra time for reflection and help add some perspective to the observance.

It is appropriate that we honor and remember those who died while serving the United States in wartime. But the Memorial Day celebration needs some context. It’s not just American soldiers who died. That is far too narrow a focus.

I always pause to remember my boot camp buddy, Bob Davis, the first Marine killed in our battalion in 1966, at the age of 19, as well as the 58,317 other Americans who lost their lives. But that number just scratches the surface.

Fifty years later, American veterans and their families continue to pay the price for the physical, mental and emotional trauma and moral injuries they suffered, which will plague them for the rest of their lives. Our society is still paying a huge cost.

The Vietnam war may seem like ancient history. The Iraq war is a more recent example. The Iraq Body Count project reports 288,000 confirmed deaths, including an estimated 200,000 civilians. Three million Iraqis have been forced to flee their homes, the UN Refugee Agency reports. As of 2019, almost 2 million people remain displaced inside Iraq — and 250,000 are hosted in neighboring countries. More than 6.5 million Iraqis — approximately 18% of the population — including 3 million women and girls, are in dire need of humanitarian assistance and protection.

War is expensive, an incredible waste of resources. American taxpayers paid $2 trillion for the Iraq war, and continue to pay the cost of care for its veterans. Aside from those staggering costs, the U.S. has spent an estimated $6.4 trillion total on all of its “War on Terror” efforts. And it carries a huge environmental cost as well.

Much has been made of the fact that the coronavirus has caused more American deaths than the Vietnam War, Gulf War, Afghanistan War, and Iraq War combined.

But that pales in comparison to the worldwide numbers of people killed in wars.

Chris Hedges, in his book What Every Person Should Know About War, estimates that at least 108 million people were killed in wars in the twentieth century. Others put it higher, between 123 and 187 million. At any given time, there are perhaps 30 wars raging.

It is fairly easy to get an exact count of American service members killed.  It is almost impossible to get an accurate count of the others who perished in those wars, especially the numbers of civilians. We don’t keep track. It is collateral damage. “You know, we don’t do body counts,” Gen. Tommy Franks said when asked about enemy casualty figures in Afghanistan.

The total number of Americans killed in all wars is 1.1 million, according to a report by PBS News Hour, with nearly half of those in the Civil War, when they were killing each other. The numbers are staggering, even though American fatalities give only a tiny taste of the carnage caused by our worldwide wars.

Veterans For Peace, of which I am a member, is dedicated to exposing the true costs of war.

“This Memorial Day we remember all who have died in war and understand that no one wins in war. Many of us have been personally touched by war. But we must also extend that mourning. We must remember the civilian victims, and their families, who are all equally human beings. Honoring and remembering some deaths while ignoring others not only perpetuates war, but also ignores the moral injuries of war, which some now recognize as a significant cause of veteran suicide,” VFP said in its Memorial Day message.

“There are people who profit from war, mainly those who invest in the defense industry or the oil sector. But the veterans and civilians who survive war suffer for the rest of their lives. And the entire society is robbed of billions of tax dollars which could be spent on jobs, education, healthcare, infrastructure and sustainable energy.”

Bill Christofferson is a former journalist and retired political consultant who has worked in state and local government. He is a member of Milwaukee Veterans For Peace.