By Isiah Holmes, Wisconsin Examiner - May 24th, 2020 03:25 pm
Get a daily rundown of the top stories on Urban Milwaukee 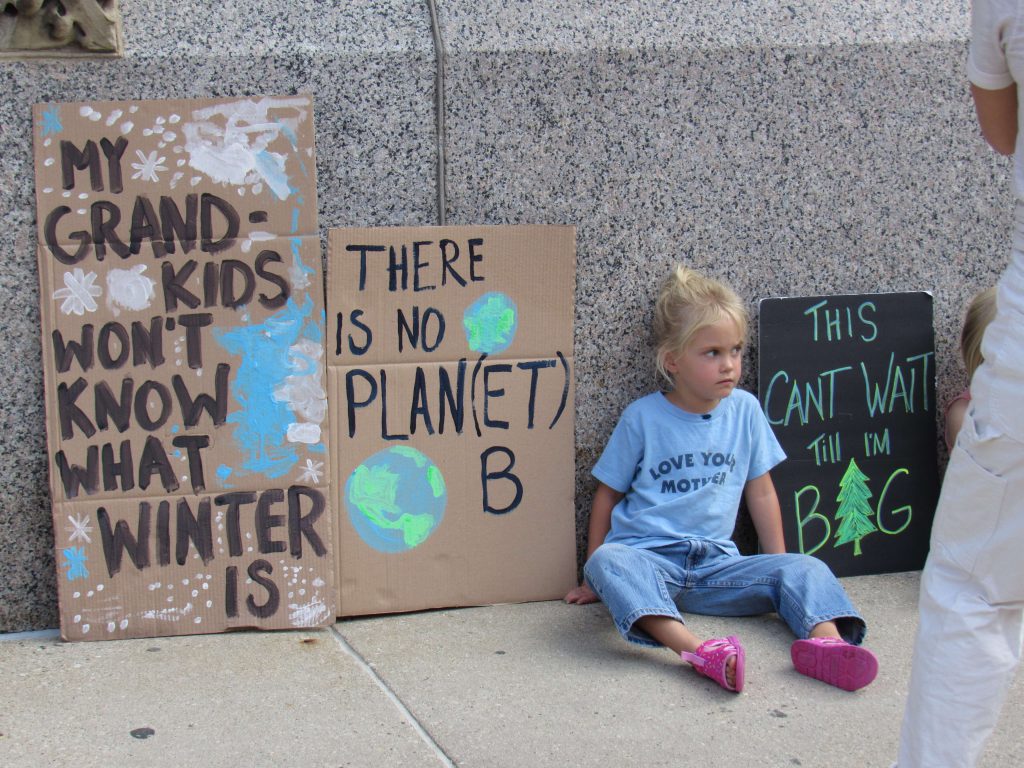 As Lt. Gov. Mandela Barnes points out, “climate change was here before the pandemic, it’ll be here after and there are ways that these two are connected.” His remarks kicked off the May 21 Governor’s Task Force on Climate Change meeting, which was held over a Zoom conference. This marked the third time the task force has met since it’s creation by Gov. Tony Evers, under Executive Order 52.

It covered a variety of topics from flooding to efficient land use, soil conservation to climate adaptation. Originally, the meeting was planned to take place at Organic Valley facilities, an independent cooperative of farmers based in La Farge, Wisconsin. Although traveling to the facilities wasn’t possible, Organic Valley members were invited to help open the call.

Jerry McGeorge, vice president of cooperative affairs at Organic Valley, noted that sustainability has been “part of our DNA since, really, the beginning of the organization.” In addition to its relationship with livestock and workers, Organic Valley has pushed for the use of renewable energy. During the task force meeting, McGeorge highlighted that Organic Valley has worked towards having 100% of its business operations powered by solar energy. The main goal centers around reducing the carbon footprint of each individual Organic Valley farm, operating across 35 states and two foreign locations.

That experience is valuable as the task force explores ways to increase the state’s renewable energy capacity, and to “think about unique partnerships,” as McGeorge put it, “and how we might leverage those throughout the state in other projects.” McGeorge is a fan of partnerships between companies and municipalities and using tax credits for renewable energy projects.

Evers set a goal for Wisconsin to transition to 100% carbon-free electricity by 2050. Through executive orders he established an Office of Sustainability and Clean Energy and the climate task force. In November 2019, Wisconsin also affirmed its commitment to the Paris climate accords, despite the Trump Administration pulling out of the deal.

By October 31, 2020, the task force is expected to provide policy recommendations to guide the state into its climate and energy future. It’s a tall order, made even loftier by the fact that the task force has had to build itself up from scratch.

Task force sub-committees have been meeting regularly since March, Barnes said, and developing  recommendations, as well as working to build a task-force website. Meeting dates, presentations and resources distributed during meetings will be available through the web page. The public will also be able to submit comments through the site to engage with the task force. Since the task force won’t be able to travel around the state and hold public meetings, as planned, the website will provide that avenue until times improve.

Keeping that line of communication open is crucial to the task force’s goal of engaging with the communities most affected by climate change. Wisconsin has 12 indigenous communities which have been perpetually on the front lines of environmental issues. Low income and minority communities elsewhere in the state have also experienced the consequences of poor infrastructure and environmental injustice for decades.

“If communities do continue to be left behind,” said Barnes, “then that makes the work that we’ve done less substantial. Because we will be repeating the same cycle of things we’ve been going through for generations, millennia in many instances.”

Jefferey Crawford, attorney general for the Forest County Potawatomi is chair of the Energy, Housing, and Infrastructure sub-committee which is working on energy reduction, financing, building codes and standards, electrification, local tribal government support, and education among other topics.

“I’m glad that the timeline has been extended,” said Crawford during the meeting. “We had a very tight schedule.” The extension, which was granted by Evers, will give the task force time to adapt and plan.

Bill Hogseth, chair of the Land Use and Conservation sub-committee, described the wide range of issues being explored by his slice of the task force. He explained how climate change can become a threat multiplier, “with the increase in drought, the increase of injury to trees, increase of pests.” Members of other sub-committees briefed the task force on the importance of bio-diversity, and how best to approach problems like invasive species.

Rob Croll, climate change coordinator with the Great Lakes Indian Fish and Wildlife Commission (GLIFWC), stressed the importance of incorporating indigenous perspectives into the task force’s work. Together with Hannah Panci, a climate change scientist with GLIFWC, Croll explained this involves everything from sustainable practices to what language we use when referring to the natural environment. Panci, for example, described animals and plants as “beings,” and invasive species as “non-local beings.” The pair feel that an overarching approach drawing from a variety of indigenous communities would greatly enrich the task force’s recommendations.

“Not only is the task force working to develop policies that will protect our environment and help our state transition to a cleaner economy, but the task force is working to center the voices and experiences of those who have been most impacted by climate change—whether they be communities of color, indigenous communities, or low-income communities,” Barnes said. “I’m grateful to the members for their ongoing work and for their steadfast commitment to moving us towards a more equitable and sustainable future.”