The Yards Opens in Walker’s Point

Construction wrapping up as first residents move in. 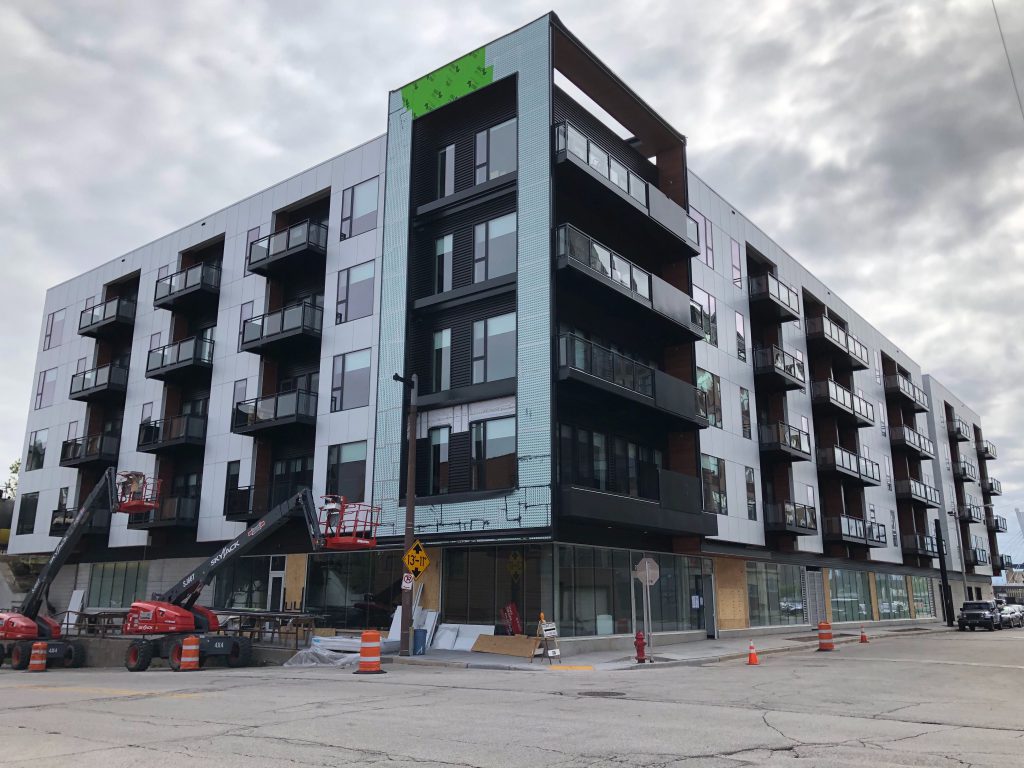 The first residents have moved into The Yards, an, 86-unit apartment building located at the eastern edge of the Reed Street Yards.

The five-story building was constructed on a long-vacant lot at 223 W. Oregon St. along the burgeoning S. 2nd St. corridor in Walker’s Point. The project is the second Milwaukee project for Linden Street Partners. Its first, a 70-unit building dubbed The Quin, is located just to the southeast.

The two buildings, located kiddy corner from one another across S. 2nd St., both feature market-rate apartments, a small commercial space, fitness center and interior deck. The second building, which started with a pitch from landowners General Capital Group and Peter Moede, is slightly larger. RINKA designed both buildings and Altius Building Company led the general contracting. The latter company appears to have a punch list remaining with a handful of facade elements in various stages of completion, including the signature balcony system on the building’s southwest corner (see renderings below).

Units in The Yards include a mix of studios, one and two-bedroom layouts. A leasing website showcases the different floor plans and offers virtual tours. Apartments.com lists pricing as ranging from $1,225 to $2,595 per month.

Linden Street partner Scott Richardson told Urban Milwaukee that the building’s name, The Yards, is a double entendre. It’s both a reference to the building’s location, on the eastern edge the business park, and to the amenities, which include a dog walk, second-story rooftop deck and balconies on every unit.

“It’s a walkable neighborhood. It has a lot of new activity of different types, lots of new restaurants, offices going in and a little bit of housing in the area, but not the amount of housing you have in other areas of Downtown,” said Richardson of the draw to the area.

Those “offices going in” are set to take a major step forward. Rite-Hite is proposing to relocate its corporate headquarters, and hundreds of employees, to a site just west of the new apartment building. The first public review for the project will take place in the coming weeks. 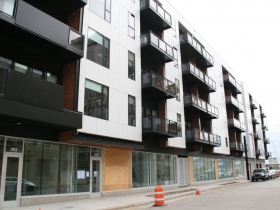 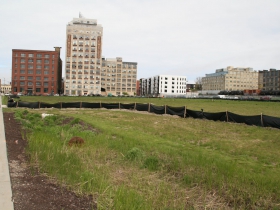 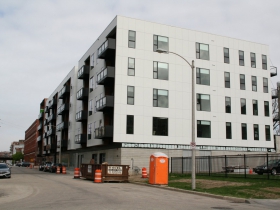 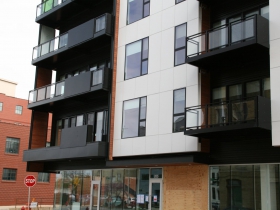 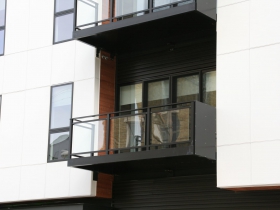 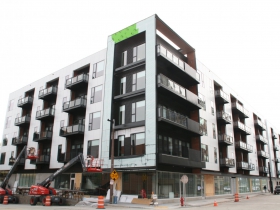 One thought on “Friday Photos: The Yards Opens in Walker’s Point”