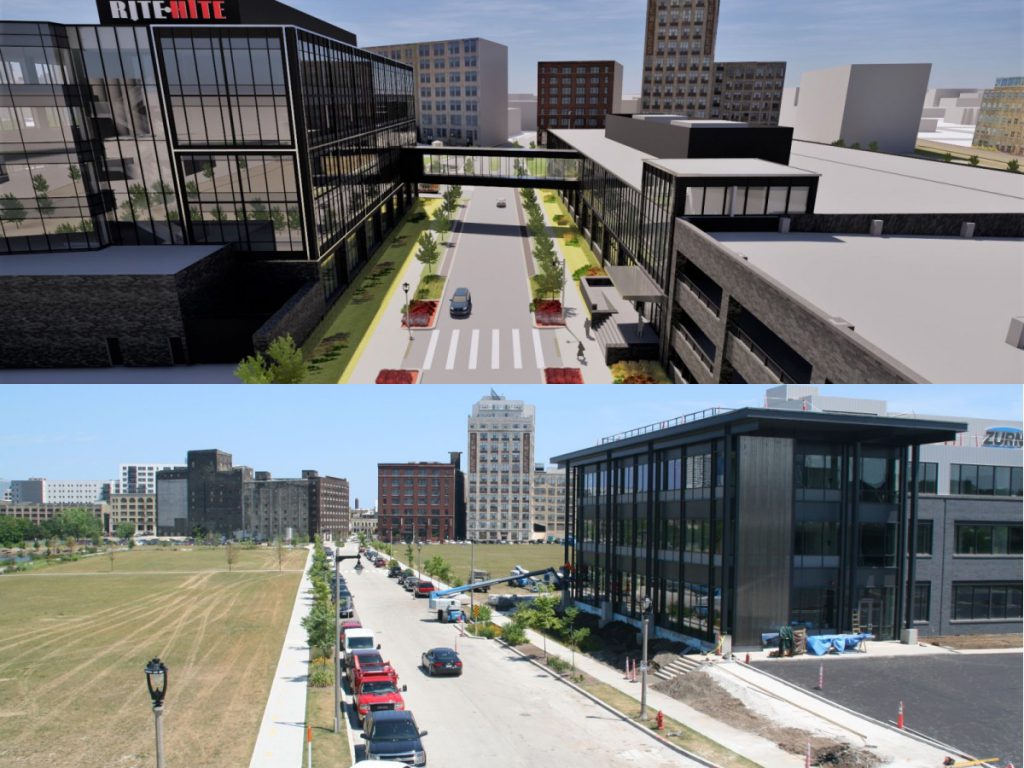 The company would relocate its headquarters and consolidate 300 employees from around the Milwaukee area in the new facility on the north end of the Walker’s Point neighborhood. Rite-Hite manufactures loading dock equipment, industrial doors, safety barriers, industrial fans and other products for warehouse operators.

The company would purchase 9.4-acres acres of land on along W. Freshwater Way from General Capital Group. Eppstein Uhen Architects is leading the campus design.

The company said in March it hopes to open the facility in March 2022. “The new headquarters will afford us the space and resources to expand our operations, attract and retain talent, and continue to support our customers in a first-class manner,” said Rite-Hite CEO Paul Maly in March in publicly confirming the move.

Rite-Hite plans to build a five-story office building on the north side of W. Freshwater Way overlooking the Menomonee River Canal, Harley-Davidson Museum and downtown skyline. A customer experience center would be included in the building. An existing, public riverwalk segment divides the site from the water.

On the south side of the street the company is planning a two-story building with offices for research & development, a training center, and loading dock & warehouse demonstration center. An office for Arbon Equipment Corporation, the company’s sales and service arm, would be included in the building. It would be attached to a 450-car parking garage.

Why have 450 parking stalls for 300 employees? “We are planning for future growth,” said Sara Everts, Rite-Hite director of corporate marketing & communications. She said the office buildings are designed to accommodate more employees.

A skywalk would be built across the dead-end street to connect the two buildings.

The 15-acre development site has only attracted a single office tenant to date. Zurn, a subsidiary of Rexnord, relocated from Pennsylvania to a three-story office building in the business park. The Yards apartment building is under construction on the district’s eastern edge along S. 2nd St.

In late 2019 the Common Council approved a $4 million amendment to the tax incremental financing district used to create the business park to fund the relocation of two Milwaukee Metropolitan Sewerage District (MMSD) sewers, that cross the Reed Street Yards business park, but don’t directly serve the 15-acre site formed from a former rail yard and trucking facility. That work is currently underway.

Rite-Hite currently maintains a satellite office in the Historic Third Ward. Its Brown Deer campus was subject to an eminent domain claim from the Village of Brown Deer in recent years. 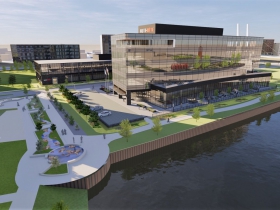 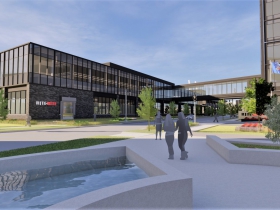 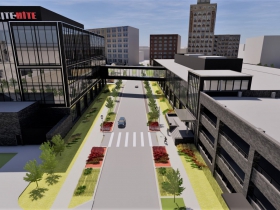