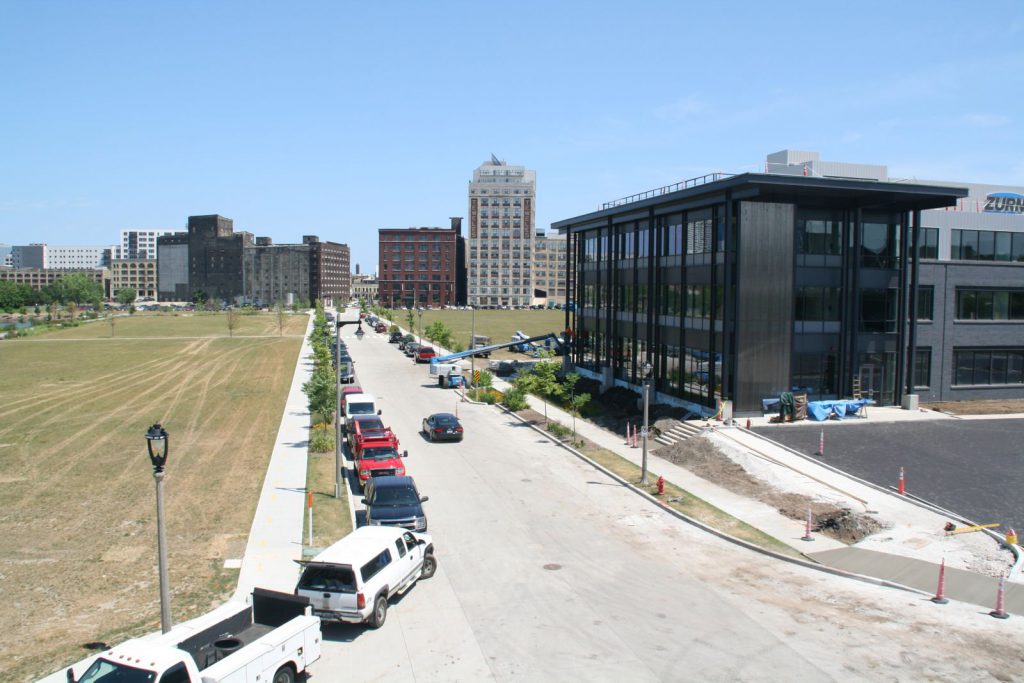 Brown Deer-based Rite-Hite announced Friday morning that it is in “the final stages of diligence” on relocating its headquarters to the city’s Reed Streets Yard business park located on the northern edge of Walker’s Point.

Over 300 Milwaukee-area employees would relocate to the new campus, which is planned to open in March 2022. The company reports having over 2,200 employees worldwide.

The company would purchase 9.4-acres acres of land on along W. Freshwater Way from General Capital Group. Eppstein Uhen Architects is leading the campus design.

“The new headquarters will afford us the space and resources to expand our operations, attract and retain talent, and continue to support our customers in a first class manner,” said Rite-Hite CEO Paul Maly.

The new campus will include a customer experience center that will host customers from around the world and will serve as a training base for employees.

The company currently maintains a satellite office in the Historic Third Ward. Its Brown Deer campus was subject to a eminent domain claim from the Village of Brown Deer in recent years.

The 15-acre development site has only attracted a single office tenant to date. Zurn, a subsidiary of Rexnord, relocated from Pennsylvania to a three-story office building in the business park. The Yards apartment building is under construction on the district’s eastern edge along S. 2nd St.

Brookfield-based Fiserv was reportedly considering Reed Street Yards as one of three candidates for relocation, but has not advanced its relocation effort.

According to a city report, through the end of 2018 the district has created $23.2 million more in incremental tax base than expected, generating an additional $3 million in incremental annual tax revenue. The district is scheduled to pay off its debt and close in 2023 at its current pace, but that could accelerate with the pending completion of The Yards and a third redevelopment project from Ann Pieper Eisenbrown in the district. 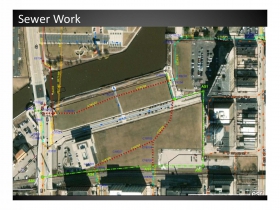 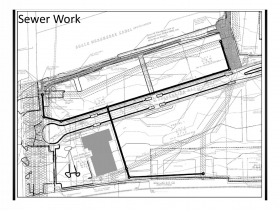