New testing record set each of the past three days.

Wisconsin is entering Memorial Day weekend on a COVID-19 testing high. The Department of Health Services reports that 9,976 tests were processed in the past 24 hours, the third consecutive day a new high was established.

But the news is not entirely good. A total of 41 people were newly hospitalized in the past 24 hours. Across the state 416 people are hospitalized with the disease, an increase of 60 over last week, a 16.6 percent increase. In Milwaukee County, as of Thursday, hospitalizations were up 30 percent week over week.

State officials said yesterday that they believe the hospitalizations are a lagging indicator, three to five weeks behind changes on the ground, and not a direct result of the Wisconsin Supreme Court voiding the “Safer at Home” order.

The death toll from the virus has reached 496, with nine newly-confirmed deaths in the past 24 hours. Four percent of people with confirmed cases have died from the disease.

DHS reported 511 newly confirmed cases Friday, the second biggest one day increase recorded since the outbreak began. A total of 14,396 Wisconsin residents have tested positive for the disease. DHS reports 58 percent have recovered, defined by a positive test over 30 days ago or a record of symptom abatement.

Both Brown and Racine counties continue to have greater per capita outbreaks than Milwaukee.

There are currently 975 ventilators and 333 intensive care unit (ICU) beds available across the state according to the Wisconsin Hospital Association. Since the data became publicly available on April 10th, WHA has reported an average of 931 ventilators and 422 ICU beds as available. 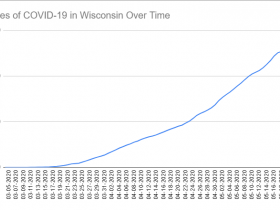 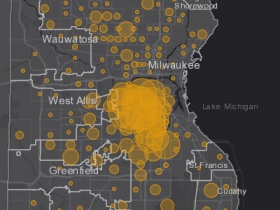 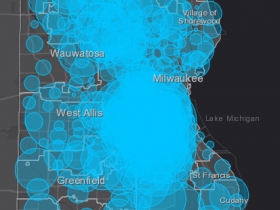 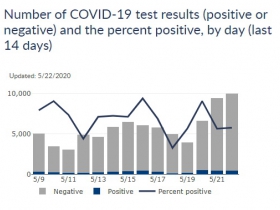 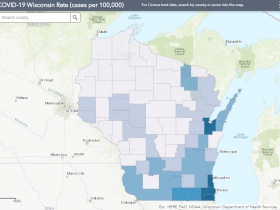 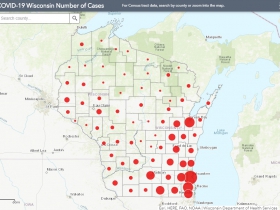 One thought on “Daily: Statewide COVID-19 Hospitalizations Up 16 Percent, 30 Percent in Milwaukee County”