Getting rid of the Safer-At-Home Order is a "recipe for disaster," they say.

By Isiah Holmes, Wisconsin Examiner - May 15th, 2020 12:11 pm
Get a daily rundown of the top stories on Urban Milwaukee 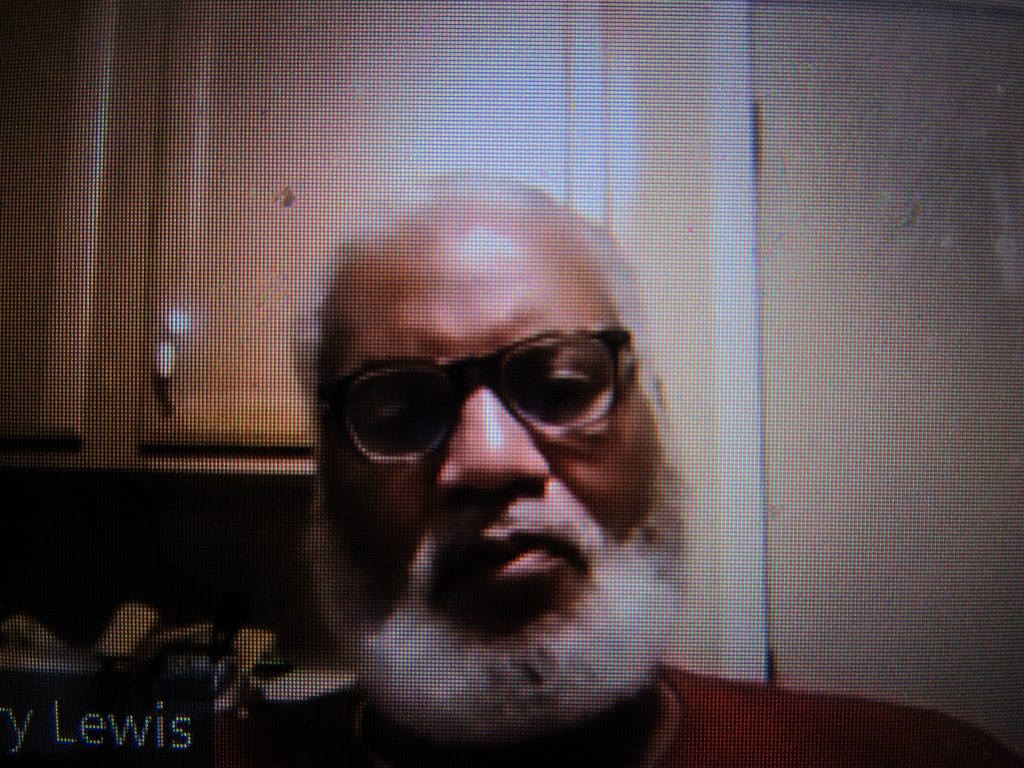 Even over a Zoom call the disappointment, anger and uncertainty felt by Rev. Greg Lewis, and other community leaders and activists, was palatable. The May 14 conference was quickly organized as a collective response to the Wisconsin Supreme Court’s overturning of the state’s Safer at Home order.

Lewis, executive director of Souls to the Polls, has only recently recovered from his own brush with COVID-19. “I almost died from this COVID-19,” the reverend said, “and while I was in intensive care, I had four of my friends die.” He condemned the Supreme Court for its decision to “put politics over people’s lives.”

“This is a recipe for disaster,” said Lewis during the Zoom conference. “A disaster that will be more deadly for communities of color, working people, and the elderly. Again and again, these lawmakers show us that they care more about political gain than protecting the health and well-being of our community. And they are willing to sacrifice people’s lives for their own partisan gain.”

By Thursday 11,275 Wisconsinites had tested positive for COVID-19, and 434 people had died. Over 1,939, or 17% of the cases, have required hospitalization. Milwaukee, Brown, Kenosha, Racine, Dane, Waukesha, Rock and Walworth counties are the hardest hit.

But more than half the deaths reported statewide have been in Milwaukee County. Lewis wanted everyone “to be clear about whose lives they’re willing to sacrifice. People like to say this virus doesn’t discriminate, but we all know that COVID-19 has hit the black communities, communities of color, immigrants, hardest.” He pointed to statistics that show black people, who make up 6% of the population in Wisconsin, account for but 30% of COVID-19-related deaths. Latinos, who make up 7% of the state’s population, account for 29% of cases.

Kenny Green, a retired firefighter and active union leader with Milwaukee Area Services Workers, was equally disgusted. “I’m so disappointed in the Republican members of the Supreme Court, the fact that they can be so uncaring at a time when caring is so important,” Green declared. “This ain’t leadership. This is Republicans playing with us for ideological gain. There are real stakes here.”

Like Lewis, Green has recently lost friends to the virus. “Some younger, some older,” he said on the call, “that’s why I know this is no joke.”

It’s difficult to ignore the parallels between the court ruling, and the April primary election. An event which garnered international attention as America’s “pandemic primary.” This was seen by many as a GOP attempt at voter suppression in Wisconsin. Unlike its suburban counterparts, the City of Milwaukee saw the great majority of polling sites closed, which resulted in massive lines.

“Instead of acting to protect the health and safety of the public,” said Green, “the Wisconsin Supreme Court has again chosen a partisan position that will put people’s lives in danger. People like me are gambling chips to this. It’s like we’re not even people with families to take care of, and friends who get sick and die. It’s like they just want Republican points. And this is how they do it.”

The former firefighter sees nothing patriotic about putting fellow Americans at risk in this way. “What the Republicans are doing is not an attempt to return to a state of normality,” he argued. “It’s an attempt to put poor people, people of color, low wage workers in the way of harm, because a minority of people want to drink at a bar, or a haircut, more than they want fellow Americans to survive this.”

Ani Weaver, a registered nurse at Madison Hospital, also said she felt disheartened. Relative to many other U.S. states, Wisconsin’s use of social distancing orders was succeeding in slowing the rate of infection. Now, Weaver fears all that progress will be completely lost.

“There are nurses, and doctors, and environmental service workers and others that are dying trying to take care of those that become ill,” said Weaver. “This is incredibly distressing.” She feels that Republican leaders and judges need to be held accountable for the politicizing a health crisis.

Other people will have to take the consequences of this decision. “When I saw the news stories about the bars being full this morning,” said Weaver on the call, “I was anxious and tearful. It just made me realize that, clearly, we have to have orders like the Safer at Home order in place. Because we can’t count on people to be compassionate, and responsible, and to put other people’s health and well-being at the forefront.” The nurse decried ending the orders as, “a shameful disgrace.”

Christine Neumann-Ortiz highlighted the consequences for working people. Specifically, those who’ve had the title of “essential worker” thrust upon them. Like healthcare workers, people working “essential” jobs from fast food to grocery and factory work are at an elevated risk. They can’t work from home, many don’t have reliable access to healthcare or paid leave and often feel pressured to work by their employers. Many of them also fit the criteria for those most likely to have negative health outcomes related to the virus.

Neumann-Ortiz repeated Chief Justice Patience Roggensack’s comment that an infection spike in Brown County took place at a meat packing facility, and not among the “regular folks” from the area. “This is both an elitist and a racist comment,” Neumann-Ortiz said on the call. “And this disregard for essential works really just shows how completely privileged and disconnected [the justices] are from the lives of working people.”

Organizing as a way to fight back

Many of the groups on the call have been organizing for well over a year for the 2020 elections, both local and national. “We’re definitely at work right now,” Rev. Lewis told Wisconsin Examiner. “As a matter if fact if I wasn’t on this Zoom call, I would be on the telephone calling preachers.” Souls to the Polls is in regular contact with over 500 preachers, organizing voting mobilization efforts and planning how to adapt to the pandemic.

Putting the entire dangerous game into context Lewis said, “They make things so difficult for us, to extend ourselves in our civic duties, when they should make it easier.”

“All of this is discouraging,” he added. Lewis prays that by the time November comes around, minority and poor communities aren’t so ravaged by COVID-19 that their votes will be rendered ineffective.

Healthcare workers are also using Zoom to come together, organize, and raise their demands for what they need to ride out the pandemic. Weaver said she took part in the candlelight vigil at the state Capitol to bring attention to hospitalizations and deaths due to COVID-19.

“There are weekly phone calls and conference calls that we’re on,” Weaver told Wisconsin Examiner, “trying to get things like the Healthcare Heroes Act passed. Trying to figure out ways to reach out to our leadership and administrators to make sure that there’s transparency about the amount of PPE that we have. So, not only are we busy with regular work but after hours, … it’s unpaid time that we’re using to try to make a difference, trying to keep people safe, trying to keep healthcare workers safe.”

Without a uniform policy to tackle COVID-19, local governments are left to do their own thing. The city of Milwaukee is sticking with Safer art Home, with bars ordered to remain closed.

Milwaukee Mayor Tom Barrett says that plans to phase back into business will likely closely mimic Evers’ original Badger Bounce Back plan. Local health officers are involved in designing the plans, and setting guidelines for businesses. Despite the Tavern League’s eager declaration that bars could open immediately, Barrett says, “that certainly wasn’t the case in the city of Milwaukee.”