By Isiah Holmes, Wisconsin Examiner - May 10th, 2020 11:09 am
Get a daily rundown of the top stories on Urban Milwaukee 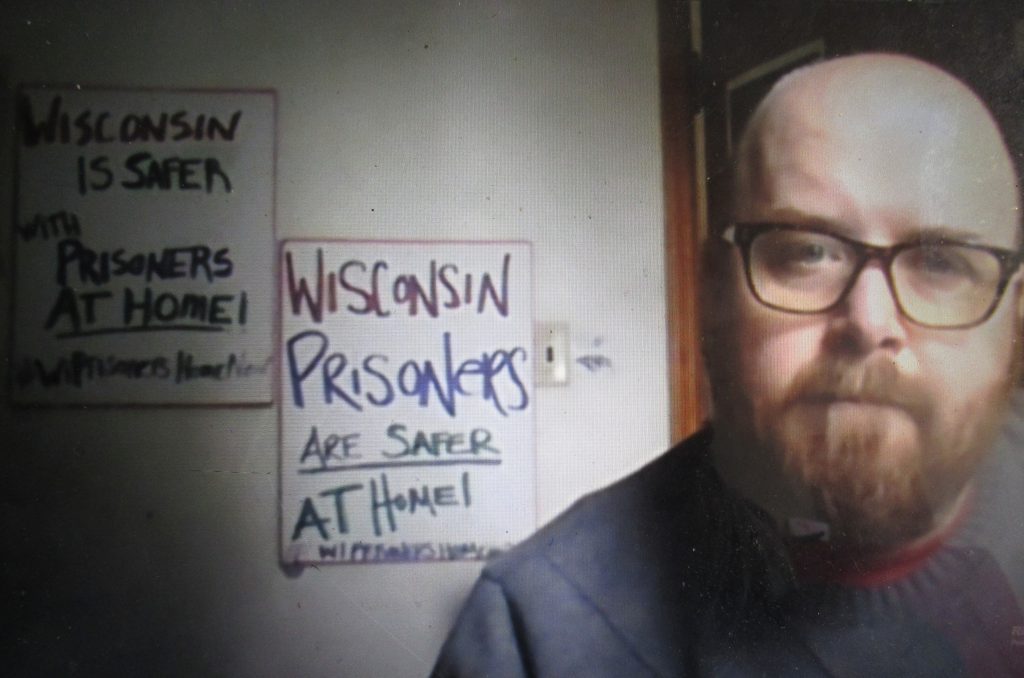 That’s the name of an ongoing campaign by Forum For Understanding Prisons (FFUP), Wisdom and other groups advocating for the reduction of Wisconsin’s incarcerated population. Using a Zoom conference on April 5, currently incarcerated men and their families were given a platform to share the realities they face locked up during a pandemic.

“It’s not a matter of if it’s going to come,” said Kenneth Gray, who’s incarcerated in the Racine Correctional Institution, “the question is when.” With the help of FFUP organizers, Gray called into the COVID Compassion Campaign conference from inside the institution. “Granted, the institution has given us face masks, and pretty much separated us by tiers and everything,” reports Gray. “However, it’s like everybody is waiting with bated breath, because we know that it’s going to happen. The question is how bad it is.” Occasionally, Gray’s voice was drowned out by robotic warnings that the call was being monitored and recorded. 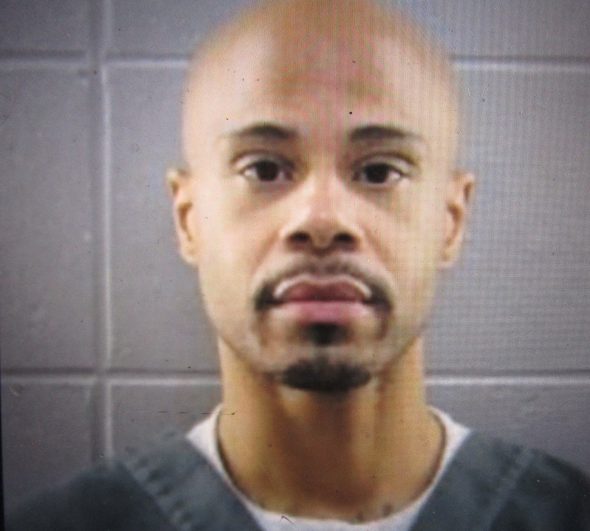 According to weekly population reports issued by the Department of Corrections (DOC), about 22,304 adults are still in the custody of the state. Throw on top of that 118 juveniles inside penal facilities. Another 113 are in the “field youth” population being monitored in the community. Some 66,913 adults were also on probation and parole as of May 1. While all those numbers are down from the start of the year, when the adult incarcerated population was over 23,000, activists fear the downsizing isn’t happening fast enough.

Ben Turk, an organizer with FFUP, says his group has pushed hard to communicate with the office of Gov. Tony Evers and members of his administration to press for more releases. Although Evers has issued dozens of pardons since taking office, mostly to people who had already completed their prison terms and extended supervision, Turk criticizes the Evers administration for putting the issue of releases in the lap of the Parole Commission, and not using its own authority to compel more releases.

By contrast, in Racine County, 590 people have tested positive at the time of this writing, and 16 people have died. The Racine County Sheriff has stated he doesn’t plan to enforce the state’s Safer at Home order. That could potentially increase the chances of correctional staff inadvertently bringing the virus in.

FFUP has drafted numerous clemency requests for individual prisoners, many of whom have severe pre-existing conditions which put them at risk of COVID-19 complications. Some are on oxygen tanks, others are diabetic, have compromised immune systems, complex disorders, or lasting effects from significant surgery to name a few. Some of these individuals may have also been sentenced prior to the passage of Truth in Sentencing legislation, when courts typically issued longer sentences with an expectation that once 25% of the sentence was served, and other conditions were met, the defendant would be eligible for parole. In practice, however, many of those sentenced during that period now find themselves serving their full sentences.

Other people have served lengthy sentences, have completed numerous educational and skill-building programs, and have met all the prerequisites for early release. “I have a support system, I’ve completed all my programs, I’m just ready to go,” said Gray, who’s been incarcerated since the age of 14. He said he told his social worker, “it seems as though I’m basically just doing dead time.”

Donald Weston, who’s also incarcerated in the Racine Correctional Institution, has a similar story. “All the programs I was required to get, I’ve completed. Every last one of them. And, I took the initiative to complete a multitude of programs on my own.” Instead of a release, Weston recently requested to be moved to a minimum security facility, but was also denied. 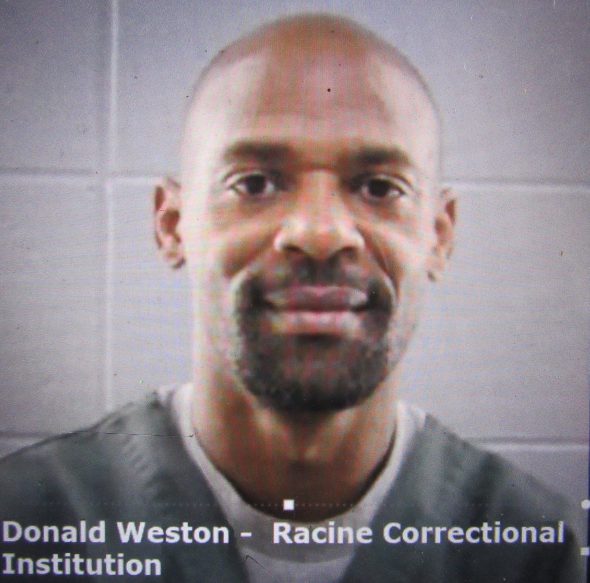 “The PRC lady I spoke to by telephone,” he told the conference, “she said she would love to send me to minimum because my conduct is good, and because I’ve been incarcerated for so long. But, she can’t send me because I haven’t been endorsed by the parole board.” With a slight chuckle Weston says his next meeting with the parole board is “over a year from now.”

Staff are the gateway to resources, services and the outside for incarcerated people. But each staff member is responsible for many individuals. Building a relationship with staff, especially social workers, can make a big difference, but those fragile relationships can often be easily disrupted.

“They only allow us to stay at certain institutions for so long,” Weston explained. “I’ve been here almost ten years now.” It’s a strategy he compares to “warehousing. They’re just moving bodies around. Once you’ve been at a certain place for so long, you become familiar with the place. The staff, and all that. And they try to not let that happen.”

The classification committee evaluates that information, Neal told Wisconsin Examiner, “along with factors identified in our administrative code to make a determination regarding custody programming and facility placement and/or the need to transfer. The process and recommendations made by the committee also go through an approval process.”

Along with routinely reaching out to state officials and drafting clemency requests, FFUP is also educating incarcerated individuals on what they can do on their end. Neither Gray nor Weston were very familiar with Executive Directive 31.

Issued in 2013, the directive essentially lays out a formalized process for review of incarcerated people for parole release by the Parole Commission. Under the policy, incarcerated people may be considered for release under “extraordinary circumstances,” such as advanced age, disability, infirmity or treatment services which the correctional institution can’t provide. However, there has been some debate and reluctance among the state’s correctional leadership to consider COVID-19 an extraordinary circumstance.

“Executive Directive 31 is something that we have been trying to advocate for the Parole Commission chair John Tate to use more often,” Turk told Weston when he asked what it meant. “Thus far, he has not been willing, but it sounds like we are starting to get a breakthrough on that.” Turk added that DOC social workers “are working with people to get your application for relief under Executive Directive 31 past the warden, to the Parole Commission Chair.”

Although it might be a long shot, Turk holds out hope. “In the context of coronavirus and the fact that the DOC social workers are helping,” he said, “we are starting to see some movement on that.”