Gap between Brown County outbreak and the rest of the state continues to grow.

While the number of people testing positive for COVID-19 in Wisconsin has jumped with an increase in testing, the percentage of people requiring hospitalization has fallen.

The cumulative confirmed hospitalization rate for those with confirmed cases stands at 20 percent (1,608 people) over the length of the outbreak after peaking at 30 percent in mid-April, but the state does not have hospitalization data in 22 percent of cases (1,774 cases).

The state Department of Health Services reported Sunday afternoon that there were 17 new hospitalizations in the past 24 hours, the lowest total reported since April 24th.

The falling percentage could be a result of the expanded guidance on who can get tested. Until mid-April individuals were to only be tested in Wisconsin if they required hospitalization or were a healthcare worker exhibiting symptoms. Now all individuals that would benefit from a diagnosis are encouraged to be tested.

But it could also be a lagging indicator of the disease’s spread in the state. Individuals with confirmed cases could still require hospitalization at a later date. Individuals can be asymptomatic for up to 14 days and could be receiving testing earlier if they have been exposed to a known case. The DHS website reports that 47 percent of people with a confirmed case have either been confirmed to have recovered or were diagnosed over 30 days ago.

And while the hospitalization percentage is falling, the percentage of people testing positive hasn’t even as more people are tested. It’s rising. The positive test rate reported Sunday was 11.13 percent, above the April (9.57) and seven-day (9.86) averages.

The positive case percentage trend is one of the gating criteria used by the state on the Badger Bounce Back plan. Officials are looking for it to consistently drop over two weeks.

The state has averaged 2,973 tests processed over the past week, ahead of the April average of 1,917. DHS reported Sunday that 2,731 people were tested in the past 24 hours. The numbers are substantially below the growing testing capacity, which has reached 11,347 daily tests according to DHS.

The death toll from the virus has reached 339, with five confirmed deaths in the past 24 hours. DHS reports that 195 of the deaths have occurred in Milwaukee County. The county’s residents represent 3,244 of the 7,964 confirmed cases according to state data. 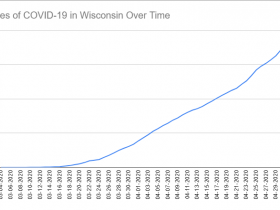 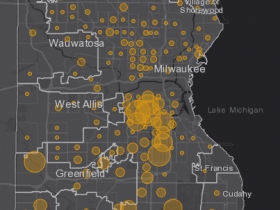 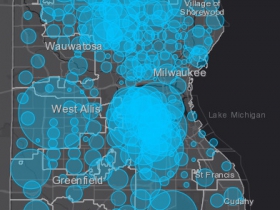 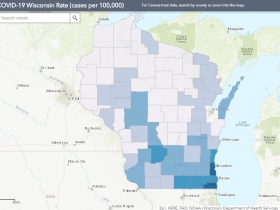 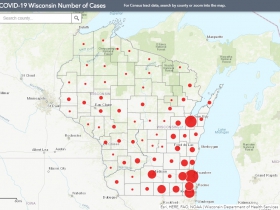 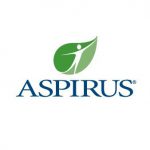