Figures reported Sunday by the Wisconsin Department of Health Services show that 2,321 COVID-19 tests were processed by 48 labs across the state in the past 24 hours. That figure is the third-highest reported since the outbreak started, following 3,421 and 2,896 tests reported Friday and Saturday respectively.

For the week, 1,412 Wisconsin residents tested positive from 15,477 tests, both of which are record highs. The figures were boosted by an overall increase in testing as well as outbreaks at food plants across the state and testing all of the inmates at the Milwaukee County House of Correction.

And while testing jumped to an average of 2,879 tests processed per day over the past three days, an increase over the April average of 1,785, it still substantially trails the state’s capacity. The DHS dashboard reported a daily testing capacity of 10,947 samples across 48 labs on Saturday. Since April 1st the state has had the capacity to test at least 3,842 samples per day and over 6,700 since April 14th. DHS officials have repeatedly asked physicians to order tests for any patient that would benefit from the diagnosis in recent weeks.

The Badger Bounce Back plan calls for the state’s testing to grow and for the capacity to grow to at least 85,000 tests per week (over 12,100 per day).

The death toll from the virus continues to move higher, but the growth in confirmed deaths does not directly correlate to the daily testing report. The state reported 272 confirmed deaths from COVID-19 as of Sunday afternoon, with six new deaths in the past 24 hours. DHS reports that 162 of the deaths have occurred in Milwaukee County.

With the expanded testing, the percentage of individuals with confirmed cases requiring hospitalization has fallen to 24 percent (1,397 cumulative hospitalizations). The number had peaked at 30 percent in recent weeks. There are currently 975 ventilator and 424 intensive care unit beds available across the state according to the Wisconsin Hospital Association. Since the data became publicly available on April 10th, WHA has reported an average of 915 ventilators and 452 ventilators as available. 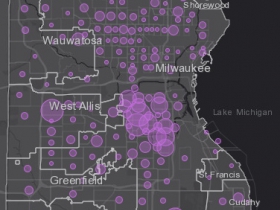 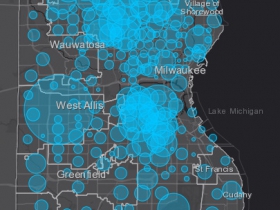 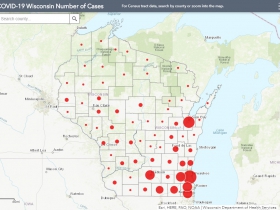