Waterfront park now highlights what's happening above and below water 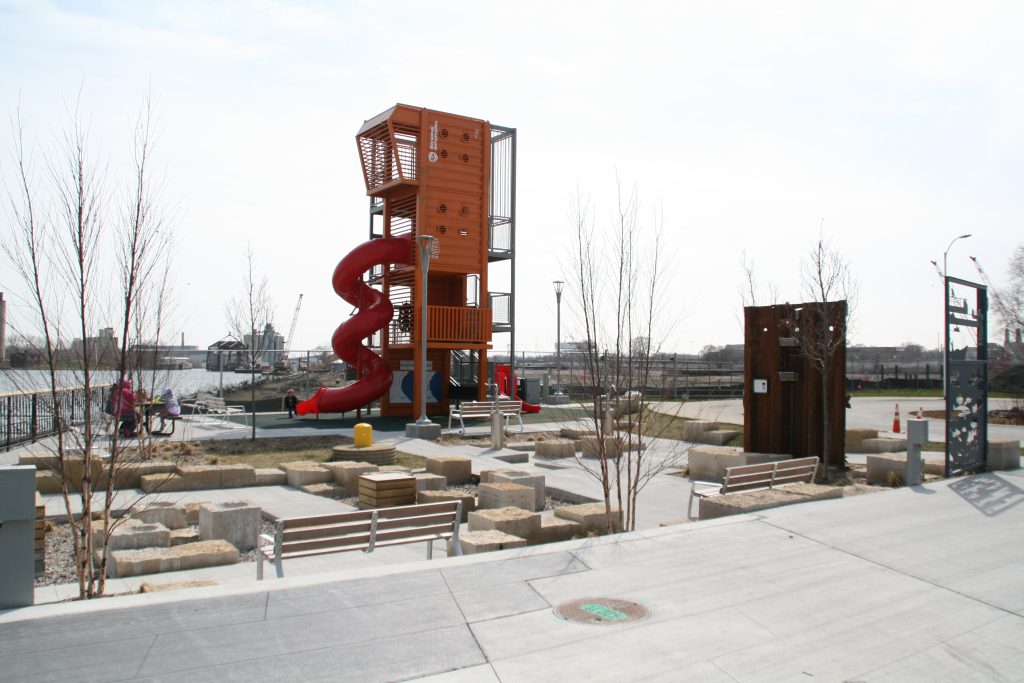 Less than a year after it opened, Harbor View Plaza has received two upgrades.

The $1.5 million park overlooks Milwaukee’s harbor and is intended to bridge the divide between the heavy industrial presence of the port and the thousands of Walker’s Point residents that live within blocks of Lake Michigan, but have no direct access to the water. It includes a 40-foot-tall lookout tower and slide made out of shipping containers, a public kayak and canoe launch, water features for kids and adults to play in, sculptural gates depicting native fish by artist James Stearns and seating to watch the activity in the port.

The “habitat hotel” is one of dozens installed by the non-profit Harbor District organization around the inner harbor. Made from fry baskets, the “hotels” are designed to create a space for shelter and food for fish as they go between the rivers and Lake Michigan.

“While we’ve installed a number of habitat hotels underwater on dockwalls around the harbor, this installation allows us to show students from nearby schools, tour groups, and others how habitat hotels work and better understand their importance to the ecology of the district,” said Harbor District planning director Daniel Adams.

Plants grow in the baskets, providing organic life in an otherwise industrial harbor. Gallas Metalworks installed the structure in the park. Students in the welding program at Milwaukee Public Schools‘ nearby Bradley Tech High School helped assemble the “hotels,” with UW-Milwaukee consulting on the design.

A habitat map, designed by the UW-Milwaukee School of Freshwater Sciences, highlights the various fish species that live in the surrounding watershed and how they migrate within the area’s waterways. You can view digital maps of the data on UW-Milwaukee’s website.

The kayak and canoe launch at the plaza was also reinstalled this week and is open to the public.

The park upgrades aren’t the only thing the Harbor District is up to. In response to the COVID-19 pandemic, the district has created a map of district businesses that are open for carryout, delivery or other services.

An extension of the Milwaukee RiverWalk that will run from the Historic Third Ward to Bay View is intended to be centered around the plaza. Final design standards for the extension will be reviewed by city officials in the coming months.

A number of major real estate development projects are underway in the district. Michels Corp. is developing the River One complex along the Kinnickinnic River. Construction of the signature office building has nearly topped out. Komatsu is also starting work on its South Harbor Campus development just west of the plaza. 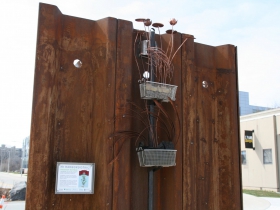 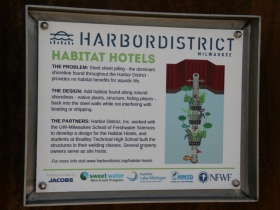 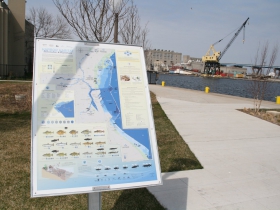 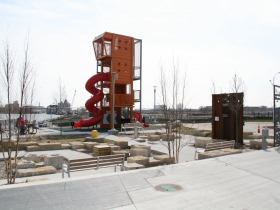 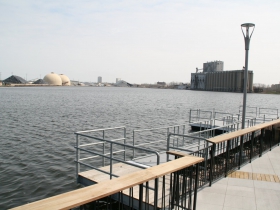 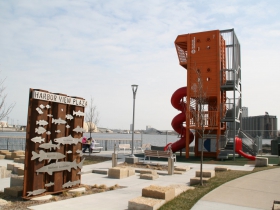